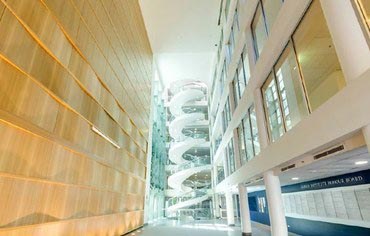 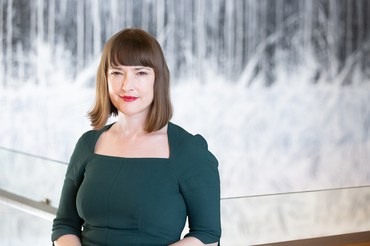 Mara-Jean Tilley
Director of the Foundation

Mara-Jean is the Director of the marketing and fundraising arm of the Garvan Institute of Medical Research. Formerly the Director of Philanthropy, Bequests and Campaigns, Mara-Jean commenced working at Garvan in 2011. Prior to joining Garvan, Mara-Jean was the Foundation Executive at the Sydney Theatre Company where she held a variety of positions over more than 8 years with the organisation. Mara-Jean is a member of the Perpetual Foundation and Centenary Foundation Advisory Committee. 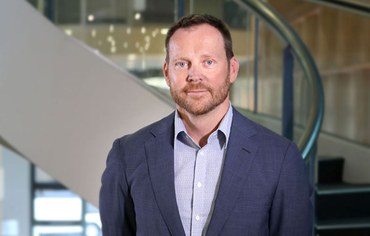 Brad commenced with the Foundation in 2016 as Head of Fundraising and was then Director of Fundraising, Marketing and Communications prior to his current role.  Before joining Garvan he was National Events Manager at Cancer Council Australia for 4 years and has held marketing and fundraising related roles with some of Australia’s best known charities, including Red Cross and the Heart Foundation.

Foundation Board of Directors

The Garvan Research Foundation Board was established in 1981. The Foundation provides an additional source of research funds by attracting financial support from companies and individuals. The Board is subject to the ultimate direction of the Garvan Institute Board.

Prof Goodnow is an internationally renowned immunologist. He is the Executive Director of Garvan, the Bill & Patricia Ritchie Foundation Chair, and head of the Immunogenomics Laboratory. Chris has had an extensive international research career. He has been a faculty member at Stanford University and the Australian National University, and has been closely involved in several biotechnology start-up companies. He is best known for discovering immune tolerance checkpoints by integrating molecular genetics and genomics with immunology, for which he received numerous awards and election to the Australian Academy of Science, the UK Royal Society, and the US National Academy of Science.

Mr Abrahams is the Global Head of Technology and Innovation at Norton Rose Fulbright and has deep commercial expertise and global networks in the technology space. He is the Founder of leading online legal site, LawPath. He is a non-executive director on ASX300 software company, Integrated Research. He is a director of the Sydney Film Festival and is on the board of the Vodafone Foundation, and past President of the Australian Communications and Media Law Association and writes regularly on technology and future trends for The Australian Financial Review. He is the author of two Kindle Business books: Digital Disruption in Australia and Big Data, Big Responsibilities: A Guide to Privacy & Data Security for Australian Business.

Ms Allen is a founding Partner of Maritana Partners, a specialist Governance Advisory business. Previously she was a Managing Partner at Egon Zehnder in Australia, where she also held a leadership role across Asia Pacific. A member of Chief Executive Women, Ms Allen has an MBA from Harvard Business School and a Bachelor of Arts from Smith College. She is also a Director of the American Australian Association Limited, which promotes cooperation and understanding between the United States and Australia.

Mr Cannon-Brookes is a Director of Cannon-Brookes Consulting Pty Ltd, and a CEO level executive coach with Foresight Global Coaching. He established Citibank in Australia in 1985. He retired from IBM in July 2012, where he was IBM’s Vice President, Global Strategy for Growth Markets, based in Shanghai, China. Mr Cannon-Brookes, a UK citizen, took Australian citizenship in 1994. He graduated with Honors in Law from Cambridge University. He was a Global Board Member of Advance.org, and is a Fellow of the Australian Institute of Company Directors.

Ms Cato is recognised as one of Australia’s leading issues management experts, having managed some of the largest issues confronting corporate Australia and beyond. Ms Cato established Cato Counsel in 2003 as a corporate communications company providing high-level strategic transaction support and public and corporate affairs advice. Cato Counsel has since evolved into Cato & Clive. Ms Cato is on the board of the National Gallery Australia Foundation, is an advisory board member of Sydney Contemporary and is an Ambassador of Women for Election Australia. She is also a member of Chief Executive Women and is on the steering committee of the creative think tank, A New Approach.

Mr Gupta is a Partner of the cross-over technology focused investment fund, Alium Capital. Mr Gupta began his career at Goldman Sachs where he worked in the investment group in Hong Kong, Singapore & New York with a focus on listed & unlisted technology companies. He then utilised his technology investment experience as a portfolio manager at both Tribeca & Merricks Capital where he ran global technology funds. He then built his own 25-person technology start up called Geckolife, before establishing Alium Capital. Mr Gupta has an Honours degree in Finance & Econometrics from the University of Sydney.

Mr McLennan is a media and marketing industry executive. He is the Chairman of Rugby Australia, REA Group, and of HT&E, and a non-executive director of Magellan Financial group. He was Executive Chairman and CEO of Ten Network Holdings until July 2015 and prior to that he was Executive Vice President, Office of the Chairman, at News Corp (formerly News Corporation). Mr McLennan has also held the role of global Chairman of Young & Rubicam, part of WPP, the world’s largest communications services group. In 2017, he joined technology start-up Tiger Pistol in an advisory capacity. He has previously served on the Board of Directors for the United Negro College Fund (UNCF) and the US Ad Council.

Mr Meacock is a Global Advisor and Non-Executive Director. Until recently he was the Global Chief Strategy Officer responsible for Strategy, Innovation and Geo Political Risk for Deloitte across the Globe. He is an advisor to Deloitte In Asia and Australia, Advisory Board Member of Clear Dynamics and Weare8 and an adviser to a range of ASX100 companies. He was previously the Deputy Chair of Deloitte’s Global Board, a member of the US Finance and Investment Advisory Board for the Australian Government, Chairman of the Brett Whiteley Foundation, Director of Asia Society and Director Wenona Girls School.

Prof Mordant is Executive Co- Chairman of Luminis Partners. He is also the Chair of the Museum of Contemporary Art Australia and Lend Lease Barangaroo Public Art Committee, a board member of the Museum of Contemporary Art in Los Angeles and the Wharton Executive Board in Asia, Co-Vice Chair of MOMA PS1 in New York, a Trustee of the American Academy in Rome and a member of the Executive Committee of Tate International Council and of the International Council of the Museum of Modern Art in New York. An Enterprise Professor at the Centre of Visual Art (CoVA) at the University of Melbourne, and an Adjunct Professor at Universita Cattolica in Milan and Rome, he is also on the boards of the Centre for Independent Studies and the Ethics Centre. He has been awarded a Knighthood in the Order of the Star of Italy, and is Inaugural International Ambassador for Gallerie dell'Accademia Museum in Venice. Prof Mordant has recently been appointed to the Council of Marlborough College in UK and is a member of the British Council Italy Cultural Advisory Board.

Mr Paramor is the Chairman of the Leftfield Group and a non-executive director of the Charter Hall Group. He the former Managing Director of Folkestone Limited. He was the co-founder of Growth Equities Mutual, Paladin Australia and the James Fielding Group and CEO of Mirvac. He is a past president of the Property Council of Australia and of the Investment Funds Association. He has been involved with of a number of not-for-profit groups including the current chair of BackTrack Youth Works, and a director of The Nature Conservancy – Australian Trustee. He is a board member of the Sydney Swans and Sydney Swans Foundation.

Dr Raby is Chairman and Founder of Geoff Raby and Associates, a Beijing-based corporate advisory firm providing strategic advice and analysis on China.  He is an Independent Non-executive Director of Yancoal and OcenaGold and was also on the Board of Fortescue Metals Group. He was Australian Ambassador to China (2007–11), DFAT Deputy Secretary responsible for North Asia and for Trade Negotiations (2003–07), APEC Ambassador, and Ambassador to the WTO.  He was Head of the Trade Policy Issues Division at the OECD in Paris and Head of DFAT’s Trade Negotiations Division. He founded and led DFAT’s East Asia Analytical Unit. He also Chairs a number of not-for-profit organisations in Australia.

Ms Isabella Rich is a Principal at Our Innovation Fund Venture Capital, LP. She previously worked at Boston Consulting Group in both Australia and the US where she was strategic consulting across multiple industries, including advising some of the largest pharmaceutical companies globally. Ms Rich is also on the Board of JCA, co-leading the 25-40 cohort. She also has experience in the not-for-profit space, consulting for organisations such as The Bread-and-Butter Project and Carriageworks. Ms Rich joined the Foundation Board in August 2021.

Mr Young is currently a Principal for The Adelante Group, and a Board member of the Australian Haydn Ensemble. He was previously Chairman of Standard Life Investments Australia, Aberdeen Standard Investments Australia, Barclays Australia, Queensland Investment Corporation (QIC), Transfield Services Infrastructure Fund, and of the Australian Federal Government-owned Export Finance and Insurance Corporation (EFIC). He is a former Non-Executive Director of Fairfax Media, the Sydney Theatre Company, PrimeAg Australia, a Trustee of NSW Art Gallery, and subsequently a Trustee of the Queensland Art Gallery, and a member of the Board of the Great Barrier Reef Foundation. He is a recipient of the Australian Federal Government’s Centenary Medal and in 2008 was appointed a Member of the Order of Australia (AM) for his services to business and commerce.