Chris Goodnow is an internationally renowned immunologist. He joined Garvan in 2015. Chris has had an extensive international research career. He has been a faculty member at Stanford University and the Australian National University, and has been closely involved in several biotechnology start-up companies. He is best known for integrating molecular genetics and genomics with immunology, for which he received numerous awards and election to the Australian Academy of Science, the UK Royal Society, and the US National Academy of Science.

Prof Peter Croucher joined Garvan in 2011. Prof Croucher is a bone biologist and cancer researcher, with a longstanding fascination for disorders of the skeleton, particularly osteoporosis and cancer-associated bone disease. He completed his postdoctoral training at the University of Cambridge and the University of Sheffield.

Before becoming Deputy Director of Garvan, Prof Croucher led Garvan’s Healthy Ageing Research Theme, a multidisciplinary group of over 150 researchers and clinician-scientists who study range of diseases related to ageing. 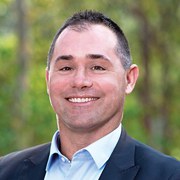 Nat McGregor joins Garvan as Chief Operating Officer in 2020. Nat has over 20 years’ experience in financial and organisational leadership including holding the position of University of Newcastle Chief Operating Officer since 2013. Nat holds a Bachelor of Commerce (University of Newcastle), is CPA qualified, an MBA from Deakin University and is an alumni of both INSEAD and Columbia University business schools. Nat was an alternate Independent Director and Member of the Audit and Risk Committee for the Hunter Medical Research Institute and played a role in establishing the new Central Coast Research Institute.

Contact for the Board, Company Secretary and Chief Operating Officer: 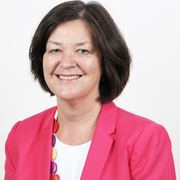 Prof Susan Clark FAA leads Garvan’s Genomics and Epigenetics Theme and is Head of the Epigenetics Research Laboratory. Prof Clark is a worldwide pioneer of epigenetics – the study of the additional layer of instructions on DNA that organises and regulates gene activity. Her research has helped revolutionise the field through new technologies that profile DNA changes in early development and cancer, and has laid the groundwork for using epigenetics to detect and monitor cancer progression. She is a Fellow of the Australian Academy of Science, recipient of The Clive and Vera Ramaciotti Foundation: Medal of Excellence and in 2019 she was awarded a NHMRC Senior Principal Research Fellowship and received the NSW Premiers Prize for Excellence in Medical Biological Sciences. 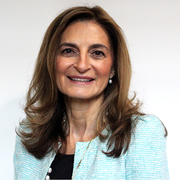 Prof Katherine Samaras leads the Healthy Ageing Theme at Garvan. She is Head of the Clinical Obesity, Nutrition and Adipose Biology Laboratory and an senior staff specialist in the Department of Endocrinology at St Vincent’s Hospital.  Prof Samaras is also Founder and Director of the Australian Centre for Metabolic Health addressing the diseases of diabetes and obesity, their treatment and prevention. Her research focuses on how diabetes and obesity adversely affect health and how this can be improved. 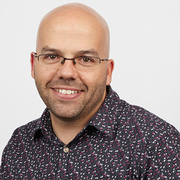 Prof Stuart Tangye leads Garvan’s Immunity and Inflammation Theme and is Head of the Immunology and Immunodeficiency Laboratory at Garvan. Prof Tangye has a passionate interest for human immunology, cell biology and immune deficiencies. He has published over 100 peer reviewed articles and invited reviews. In 2011, he received the Gottschalk Medal from the Australian Academy of Sciences for his outstanding research in the medical sciences. 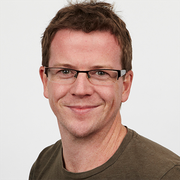 Prof Paul Timpson is Garvan’s Cancer Theme Leader and Head of the Invasion and Metastasis Laboratory. Prof Timpson joined Garvan in 2003 to investigate the role of the actin-binding protein cortactin in growth factor receptor trafficking in breast cancer and head and neck cancer. His research aims to understand the molecular drivers of cancer progression and the environmental cues that cause resistance to current systemic therapy.

Director of Centre for Population Genomics 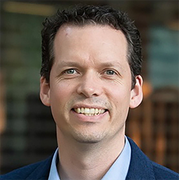 Dr Daniel MacArthur is the Director of the Centre for Population Genomics, a collaboration between Garvan and the Murdoch Children’s Research Institute. He previously served as Co-Director of the Medical and Population Genetics Program at the Broad Institute of MIT and Harvard, and headed up a team jointly based at the Broad Institute, Massachusetts General Hospital, and Harvard Medical School.Dr McArthur also led the development of the Genome Aggregation Database (gnomAD), the largest and most widely-used data set of human exome and genome sequence data. 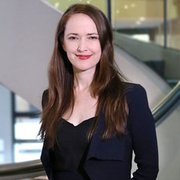 Mara-Jean Tilley is the Director of the Garvan Research Foundation, Garvan’s marketing and fundraising arm. Formerly the Director of Philanthropy, Bequests and Campaigns, Mara-Jean commenced working at Garvan in 2011. Prior to joining Garvan, Mara-Jean was the Foundation Executive at the Sydney Theatre Company where she held a variety of positions over more than 8 years with the organisation. Mara-Jean is a member of the Perpetual Foundation and Centenary Foundation Advisory Committee.

Director of People and Culture 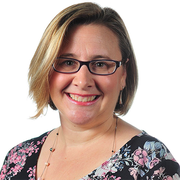 Cleo Rowley is the Garvan’s Director of People and Culture. Cleo has an extensive background in human resource management and delivering people strategies to drive sustainable business results. She is focused on developing collaborative relationships across all levels of the organisation to achieve win-win outcomes. Cleo has extensive experience in health & medical research, retail, information services, call centre, professional services and print media.

The Hon Dr Bennett was formerly a Judge of the Federal Court of Australia. She is presently Chancellor of Bond University, President of the Anti-Discrimination Board of NSW, Arbitrator with the Court of Arbitration for Sport, Chair of the Australian Nuclear Science and Technology Organisation (ANSTO) and Chair of Gardior Pty Ltd, the trustee of The Infrastructure Fund (TIF). Dr Bennett has extensive knowledge and experience in intellectual property arising from her position as a Judge, as a senior counsel specialising in Intellectual Property and as President of the Copyright Tribunal.

Sister Annette was the Sisters of Charity Congregational Leader. She has been President of the Conference of Leaders of Religious Institutes (NSW),  President of Catholic Religious Australia, Inaugural Chair of the Stewardship Board of Catholic Health Australia, and a senior lecturer at the Australian Catholic University. Until the end of 2018 she was one of two executive officers of the National Committee for Professional Standards of the Catholic Church in Australia.

Dr Kelly is a founding managing partner of OneVentures, a leading Australian venture capital firm, and serves as Chair of the Investment Committee of its Healthcare fund, and on the Risk Management Committee. An Australian physician, serial entrepreneur and experienced biotechnology and life sciences executive, he currently has over 35 years’ experience in clinical medicine and medical science, and 25 years’ experience in commercialising life science related technologies in Australia, Europe and North America.

Dr Nugent is the Chairman of the National Disability Insurance Agency and Ausgrid, a non-executive director of Insurance Australia Group Limited and TPG Telecom. She has been the Chairman of Veda Group, Australian Rail Track Corporation, Funds SA, Swiss Re (Australia) and Sydney Airport and a non-executive director of Macquarie Group, Origin Energy Limited, Mercantile Mutual and the State Bank of NSW, among others. She is an Officer of the Order of Australia and a recipient of the Australian Government Centenary Medal and was recently awarded the Order of Merit by the Australian Olympic Committee.

Adjunct Professor O’Rourke is the CEO of St Vincent’s Health Australia’s Public Hospitals Division. She also serves on the board of the Aikenhead Centre for Medical Discovery. She is a graduate of the Australian Institute of Company Directors and a member of the Harvard Business Club of Australia.

Professor Perkovic is the Dean of the Faculty of Medicine at UNSW Sydney. Prior to this, he was the Executive Director of The George Institute since 2011, President of the Association of Australian Medical Research Institutes and on the Board of the Australian Clinical Trials Alliance. He is Chair of the International Society of Nephrology Advancing Clinical Trials (ISN-ACT) group; and is a fellow of the Royal Australasian College of Physicians, and of the Australian Academy of Health and Medical Sciences.

Associate Professor Schembri is the CEO of St Vincent’s Health Network Sydney, is an Adjunct Professor in Health Sciences at the Australian Catholic University, Adjunct Professor at the School of Medicine, University of Notre Dame and Associate Professor of the Faculty of Medicine at UNSW Sydney. He is a director on the boards of Central & Eastern Sydney Primary Health Network, the National Centre for Clinical Research for Emerging Drugs, and the St Vincent’s Curran Foundation, and is co-chair of Australian Catholic University/St Vincent’s Nursing Research Institute. He has held a range of volunteer appointments in youth services, human rights and anti-violence organisations.

Ms Segal is the former Deputy Chancellor UNSW Sydney. She is the chairman of AICC (NSW), General Sir John Monash Foundation and the Independent Parliamentary Expenses Authority (IPEA). She is President of the Executive Council of Australian Jewry (ECAJ), a Trustee of the Sydney Opera House, a director of the Grattan Institute and of Rabobank Australia Limited. She is a member of the International Board of the Weizmann Institute of Science and of the Council for the Order of Australia,. She has been a senior regulator, lawyer and a director of other listed and government organisations.

Professor Trent is Head of the Department of Medical Genomics at the Royal Prince Alfred Hospital. He is Director for the Institute of Precision Medicine & Bioinformatics at the Sydney Local Health District, and Director of Sydney LHD Institute of Precision Medicine & Bioinformatics. He is President of the School Council for the Sydney Boys High School, and Secretary of the Sydney Girls High School Foundation. He is a fellow of the Royal Australasian College of Physicians, the Royal College of Pathologists of Australasia, and of the Australian Academy of Technology and Engineering.