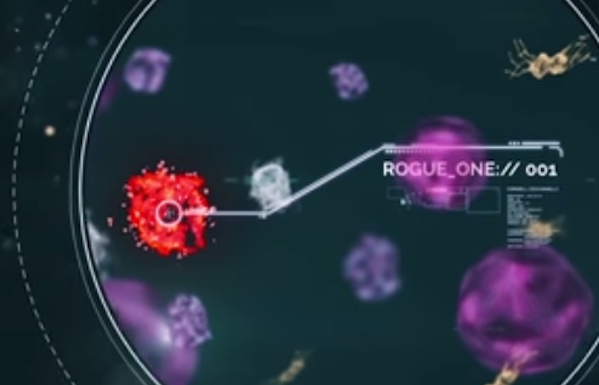 September 8, 2017: Researchers from the Garvan Institute of Medical Research and The Australian National University (ANU) have shed new light on how B cells first ‘go rogue’, multiplying when they shouldn’t, and how this can kickstart lymphoma and other blood cancers and autoimmune diseases.

The cancer lymphoma develops when immune cells in the blood – often B cells – multiply uncontrollably. The resulting tsunami of B cells leads to cancerous growths in lymph nodes, and quashes the body’s efforts to fight infection. As a result, lymphoma is one of the top ten causes of cancer deaths in Australia.

The research team has shown how two DNA mutations work as cooperative ‘partners in crime’ when they are present in the same B cell, driving abnormal activity and releasing the B cell from the normal checkpoints that stop them from multiplying. The findings are published this week in the Journal of Experimental Medicine.

Unlike other cells in the body, immune cells undergo rapid changes to their DNA – hundreds or thousands of times more than most cells. This fast DNA mutating capability is key to how our immune system keeps up with rapidly changing threats from invading viruses and bacteria.

“This remarkable strength of immune cells is also their weakness,” says Professor Chris Goodnow (Garvan), who co-led the research.

“As their DNA is altered, some B cells will inevitably acquire destructive mutations that enable them to produce antibodies against ‘self’ [the body’s own tissues] or to corrupt the programs that stop them from multiplying in response to ‘self’ – and this can lead them to go rogue, driving the development of autoimmune diseases and of blood cancers.

“One of the great challenges – now coming into reach at the Garvan Institute – is to identify these mutations in people. Unlike inherited sequences in DNA that promote disease, they’re not present in all cells throughout the body, but only in white blood cells, and only in a tiny subset of those blood cells.

“So, we want to find approaches – both in people and in model organisms – to uncover which mutations drive the cell to go rogue, and which mutations associate with which disease.

“If we can do that, we have a starting point for the development of new therapies to target lymphomas, as well as other blood cancers and autoimmune diseases.”

The researchers set their sights on two mutations in particular, which are commonly found in B cells in lymphoma – and very often exist together in the same B cell. The mutations affect the genes MYD88 and CD79B.

“Time and again, we see these two mutations together in B cells in lymphoma – but we haven’t known why. There have been hints that they are somehow working together, but essentially it has been a mystery,” Prof Goodnow says.

Working with mice, the researchers studied B cells that have antibodies that recognise ‘self’ rather than invaders and so are usually kept inactive by immune system checkpoints. They used a retroviral vector system to introduce mutations into a subset of these cells, either in Myd88 or Cd79b or in both genes. They then investigated how the cells functioned in mice.

The researchers saw an extraordinary level of cooperation between the two mutations, which together drove B cells to escape the immune checkpoints, multiply over and over, and secrete large amounts of antibody against the body’s own tissues.

“Neither mutation on its own made the B cells go rogue in mice, but the two together were a different story,” says Dr Keisuke Horikawa (The John Curtin School of Medical Research, ANU) who co-led the research.

“We saw the B cells evading normal immune system checkpoints. Where they would normally remain unresponsive to ‘self’, they were instead dividing and changing, differentiating into antibody-producing cells, and making large amounts of antibody against ‘self’.”

“What we’re witnessing,” says Prof Goodnow, “are the early steps in a B cell re-writing the rules and ‘going rogue’. The cells carrying antibodies against ‘self’ together with both mutations are no longer held back by checkpoints that stop them responding to self, but they aren’t yet malignant – they’re multiplying and making antibodies, but not yet multiplying to massive numbers as they would in lymphoma and leukaemia.

“We know that, by the time full-blown lymphoma develops, B cells are riddled with DNA mutations, and now have evidence that the MYD88 and CD79B mutations are early mutations that, together, turn B cells rogue and set them on the path to malignancy.”

Prof Goodnow and his team are now working with researchers from Israel’s Weizmann Institute of Science, using rapidly developing cellular transcriptomics technologies to uncover the mutations that drive B cells to go rogue in a range of autoimmune diseases in people.

Professor Chris Goodnow FAA FRS is the proud recipient of The Bill and Patricia Ritchie Foundation Chair at the Garvan Institute and is an NHMRC Senior Principal Research Fellow. This research was funded by the National Heath and Medical Research Council.