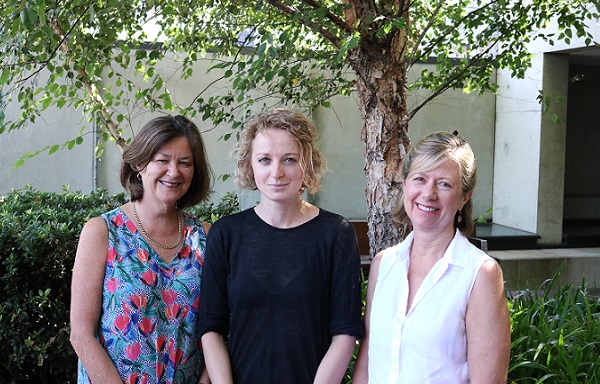 In a breakthrough study published in Cancer Cell today, a team led by Garvan Institute of Medical Research scientists describes a new pattern of chemical tags found on the DNA inside cancer cells, which reveals new insights into why cancer DNA is read differently than the DNA in normal cells. By better understanding the precise changes that take place when normal cells become cancerous, the researchers hope to uncover new ways to treat or prevent cancer from developing.

“We’ve found a new process in DNA that goes wrong when cancer develops,” says co-senior author of the paper Professor Susan Clark. “We were looking at chemical features or ‘tags’ associated with the DNA that mark which regions are turned on and which regions are turned off.  We found to our surprise a new pattern of chemical tags that spread into regions that are untagged in the DNA of normal cells.”

Cancer cells are the body’s own cells ‘gone bad’ – and the key to stopping the dangerous switch could be hiding in their differences. One such difference, investigated by the Garvan scientists, is the pattern of so-called methyl groups, tiny chemical tags found naturally in cells which can attach to DNA and change how it is read.

In the DNA of cancer cells, some of the regions referred to as ‘CpG islands’ are completely coated with methyl tags – much like heavy snow covering a stretch of road, making it difficult to navigate.

This methyl tag ‘snow’ turns the gene next to the CpG island off by blocking the cancer cell from reading that gene. In normal cells, these CpG islands are untagged, allowing the neighbouring gene to be switched on. “We’ve been interested for a long time in what it is about these CpG islands in cancer cells that allow methyl tags to attach,” says Associate Professor Clare Stirzaker, co-senior author of the paper.

For a more detailed look at these CpG islands, the team used methylation sequencing to analyse all 28 million methyl tags found on the DNA from prostate cancer patients’ cells and compared them with the location of these tags in normal prostate cell DNA.

Lead author Dr Ksenia Skvortsova discovered a surprisingly intricate pattern – around 13 percent of CpG islands were in fact not completely ‘snowed under’ by methyl tags but only partially covered at the borders, like snow spreading into the shoulder of a road.

“We were excited to see this new altered methylation pattern and how common it was in different cancer types – it was something that hadn’t been observed before and provided us with new insights into how DNA is marked and read differently in cancer,” says Professor Clark.

The new pattern pointed the team to a process that regularly occurs at CpG island borders. In normal cells, Dr Skvortsova discovered, CpG island borders are covered in so-called hydroxymethyl tags that are known to remove methyl tags – a ‘cleaning’ process, which the team’s findings suggest is disrupted in cancer.

It’s all in the DNA wrapping

But what is special about CpG island borders that could disrupt the normal methyl tag cleaning process in cancer? To address this question, the team investigated the histones – the molecules around which DNA wraps like a spool, and which help package up the two-meter-long string of DNA found inside just one microscopic human cell.

The team discovered that the histones around which CpG island borders are wrapped have a separate, so-called mono-methylated tag on them. “Interestingly it is these histone tags in normal cells that seem to predispose certain CpG islands to the spreading of methyl tags we see in cancer cells,” explains Dr Skvortsova.

While it is not yet known how the mono-methylated histones might control how methyl tags are added to DNA, the researchers propose that these histones are the key to a sensitive balance of how DNA is correctly read, and which can provide a ‘seed’ for cancer to develop.

“The DNA structure was discovered in the 1950s, it was fully sequenced in the 2000s, but interestingly we still don’t understand how it’s read differently in different cell contexts,” says Professor Clark. “The new tools we are developing to read methyl tags and histone tags bring us closer to deciphering the blueprint of life.”