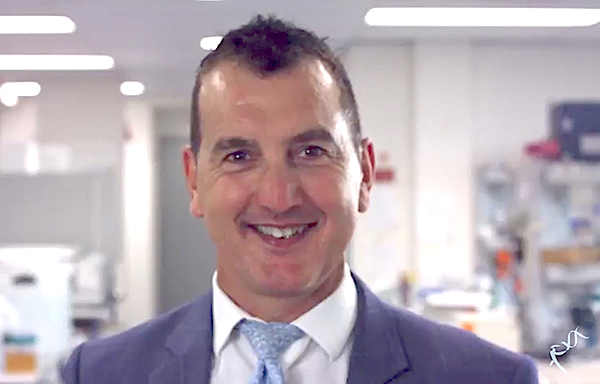 This article originally appeared on the limbic, an independent news site for healthcare professionals, with the title 'ADS Kellion Award recipient shows exercise is medicine.'

Professor Mark Febbraio’s early career as an elite athlete may be over but the 2017 ADS Kellion Award recipient still trains rigorously every day.

It is after all, part of his DNA as a researcher intent on providing molecular explanations for the power of exercise to prevent and mitigate disease.

Professor Febbraio, head of diabetes and metabolism at the Garvan Institute of Medical Research, told the limbic his transition from ‘jock to doc’ included a PhD on the effects of environmental temperature on muscle metabolism during exercise.

However his ongoing legacy will be the breakthrough work demonstrating that muscle is capable of secreting many myokines – proteins, including cytokines, with paracrine or endocrine effects.

“I was always intrigued by exercise physiology and how the body responds to intense physical activity and I was also very much motivated by the thought of why exercise is so protective against so many diseases,” he said.

“We discovered that interleukin-6 is actually secreted from muscle during exercise to send a signal to the liver to liberate glucose. It was the first time muscle was seen as an endocrine organ.”

Professor Febbraio said hundreds of myokines have been identified in the last decade or so and clinical translation was promising, particularly for treatment of fatty liver disease and obesity-related type 2 diabetes.

“Getting a novel drug into clinic and helping people with diabetes – that’s the ultimate for any scientist or medical researcher.”

“We have made a chimeric protein that mimics the action of IL-6 and it’s already been trialed in non-human primate experiments.”

The molecule improved glucose tolerance in monkeys and his company Kinomedica is now trying to raise venture capital for a phase 1 human trial.

“It’s almost a poly-pill because it seems to do a lot of things that current drugs do, but all in one peptide.”

Professor Febbraio said research on other myokines was also gradually explaining the epidemiological evidence that exercise plays a protective role in diseases such as cancer, dementia and depression.

His team is also working on another molecule that may protect against breast cancer progression by preventing remodeling of the extracellular matrix.

“What we’re aiming to do in my lab is identify the molecular link then we can use therapeutics to try and mimic those pathways.”

Professor Febbraio said it was an honour to receive the ADS Kellion Award.

“There have been other winners from the Garvan Institute, so to follow in the footsteps of people like Don Chisholm and David James is pretty humbling. I feel fortunate to have the career that I’ve had; very fortunate indeed.”

by Mardi Chapman, the limbic