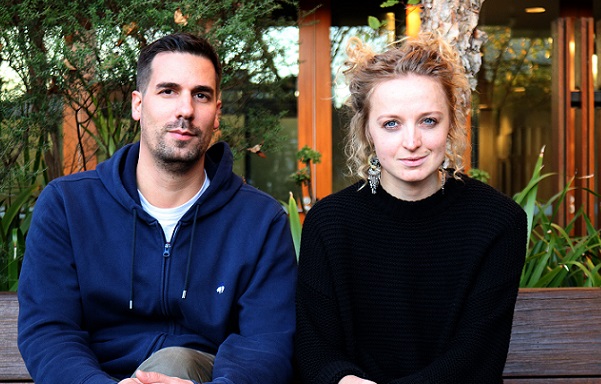 An epigenetic change, a form of DNA control, that deactivates some genes linked to cancer late in human development has been conserved for more than 400 million years, new research led by the Garvan Institute of Medical Research suggests.

Researchers uncovered that genes turned on in some cancers in humans also exist in zebrafish – but are ‘silenced’ within just hours of fertilisation. The study sheds new light on how our epigenetics can regulate genes, some of which are linked to cancer development later in life, over large evolutionary distances. It also uncovers significant differences between how the epigenome ‘resets itself’ in zebrafish and human embryos, which may guide future studies on epigenetic inheritance.

“We’ve shown that we have conserved this embryonic event that switches off genes linked to cancers in humans,” says Dr Ozren Bogdanovic, Head of the Developmental Epigenomics Laboratory, who led the study. “It’s intriguing and we still don’t know why it’s happening, but it suggests just how important to human health it is to keep these genes silenced.”

The findings are published in the journal Nature Communications.

At first glance, humans and zebrafish (a tiny species of fish native to South Asia) hardly seem related – in fact, our common evolutionary ancestor dates back more than 400 million years.

But genetically, zebrafish and humans are not so different – we share around 70% of protein-producing genes. The Garvan-led team set out to investigate how conserved the epigenetic changes, that control how DNA is ‘read’, are during the development of an embryo.

Genes are in part controlled by methylation – tags on DNA that ‘block’ genes from being read.

The researchers first isolated primordial germ cells, the precursor cells of sperm and egg, from developing zebrafish embryos and generated whole genome bisulfite sequencing (WGBS) data – a snapshot of all the DNA methylation in the cell.

The team uncovered fundamental differences in how DNA is methylated in mammalian and zebrafish embryos.

In humans, these DNA methylation tags are mostly ‘swept clean’ when a sperm fertilises an egg, and then gradually methylated again, to ensure the embryo can develop correctly. Instead, zebrafish embryos retain the methyl group pattern of the father.

In this study, the researchers found that primordial germ cells of zebrafish do not reset their methylation patterns either, but inherit paternal DNA methylation patterns. This contrasts with findings in mammalian primordial germ cells, which undergo a second ‘sweep cleaning’ of their DNA methylation tags. The researchers say this finding sheds light on the molecular principles of germline development and highlights zebrafish as a useful experimental model to study how epigenetic signatures are inherited throughout generations.

Further, the researchers screened how DNA is methylated in zebrafish embryos, at four stages of development. They discovered 68 genes that were methylated and turned off early during embryonic development, within 24 hours of fertilisation.

“What was interesting is that most of these genes belong to a group called cancer testis antigens,” says Dr Ksenia Skvortsova, co-first author of the study. “Our work shows that these are some of the very first genes that are ‘silenced’, or targeted by DNA methylation, in both zebrafish and mammals.”

Fresh insight on an ancient mechanism

The genes that code for cancer testis antigens, or CTAs for short, are only active in the male testis, but are turned off in all other tissues, in humans. For an unknown reason, CTA genes are turned on again in some cancers, such as melanomas.

While the work sheds new light on our evolution, it may have potential to impact the future of human health. Drugs which target CTAs are already being investigated as a potential therapy for cancers. The current study provides more evidence on how significant CTAs are, and how tightly controlled they have been over the course of evolution.

Notes to the Editor:

Every cell type in our body, including sperm and egg, has a unique pattern of DNA methylation marks – chemical tags on the DNA that regulate gene activity.

During the first week after fertilisation, humans and other mammals ‘reset’ their DNA methylation patterns, allowing the embryo to develop and differentiate into different cell types. Another wave of DNA methylation resetting takes place in the primordial germ cells of the embryo, precursors of sperm and egg cells, between the third and seventh week of development in humans. However, it remained elusive to date whether the principles of epigenetic resetting are evolutionary conserved across all vertebrates.