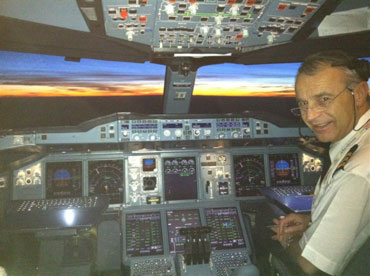 I never imagined myself to be a candidate for type 2 diabetes.

As a rather slightly built individual, with a BMI in the normal range, and although carrying a few kilos of middle age spread,  I was under the impression that I would need to be overweight or obese and suffering the associated metabolic syndrome-x symptoms of high cholesterol and high blood pressure, to be at risk of developing type 2 diabetes.

Initially, I was investigating my disordered sleeping, which first took me to counseling and then to CPAP therapy.

After these remedies proved ineffective, I undertook a fasting blood glucose test, which to my surprise, and that of my GP, gave a reading of 6.3 mmol/L, so I also ordered a glucose tolerance test which confirmed the pre-diabetic diagnosis.

This prompted me to learn as much as possible about pre-diabetes and insulin resistance, including the ability to make lifestyle changes to attempt to effect either a cure, or at least slow the progression into full type 2 diabetes.

I found that my occupation as an international airline pilot presented me with several risk factors for my condition, including stress, sedentary work.

I was already maintaining a food diary, as recommended by my dietician, since one of the remedies for my earlier diagnosis of my mild obstructive sleeping disorder, was to loose some weight.  I found the discipline of recording food and activity extremely helpful in achieving compliance with both the diet and my exercise programme, so the addition of glucometer data was not a large change.

I also found this helpful in providing feedback concerning the effects of dietary changes, but frequently the seemingly paradoxical glucometer readings caused me to wonder about possible explanations.

When I recently read about the Garvan's PREDICT clinical trial in the August 2018 Breakthrough magazine, and the possibility of participation, I became most interested.

The PREDICT clinical trial is investigating how to best manage pre-diabetes and type 2 diabetes. Everyone is different, so it makes sense that we would all respond to treatment differently. PREDICT will use the genomic technology to understand our DNA and see how we respond to treatment and management strategies.

I hoped that by volunteering to participate, I might have an opportunity, not only to benefit personally from a better understanding of my own condition, but also to be able to contribute to some really significant work, which could ultimately assist a large number of other people, both now and in the future.

My understanding is that as a largely undetected problem, insulin resistance and the associated pre-diabetes affects a huge proportion of the population, especially in affluent societies.  The current research into our DNA and of the DNA present in our micro-biome appears to promise ground breaking progress in furthering our understanding and treatment of type 2 diabetes. 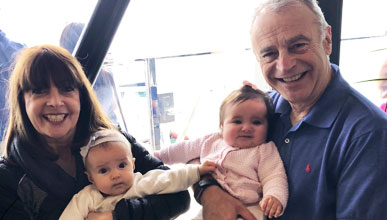 Now aged 65 and having recently become a grandfather, I have mostly managed to keep my blood glucose values outside diabetic ranges, however I still do not seem to have come any closer to a cure.  I continue to maintain my food diary and this still proves invaluable in assisting my motivation to maintain my diet and exercise programme.

The prospect of my participation in this exciting project gives me new hope for progressing my own condition towards a cure, as well as the ability to perhaps make a valuable contribution towards an extremely worthwhile objective.

You can help people like Marcus and the 40% of the Australian population who will be affected by pre-diabetes by helping to fund these crucial clinical trials.  Give now >