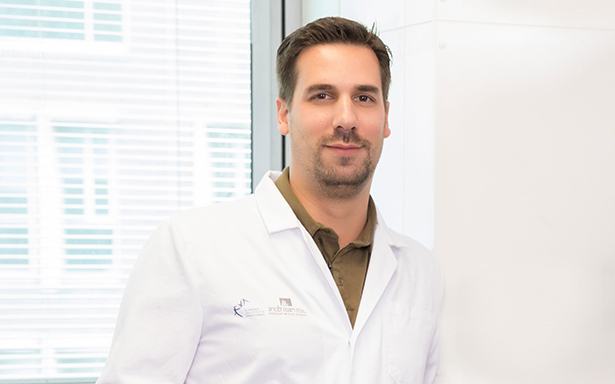 A ground-breaking new study, co-led by Australian researchers, has revealed that our genomes have much more in common with those of ancient organisms than we ever knew. The findings are published today in the world-renowned journal, Nature.

The team’s deep dive into the DNA of the ancient marine organism “Amphioxus” has uncovered that the tricks DNA uses to control gene expression – which genes are turned on and off, and when – may have originated much earlier than was previously thought.

One code, many messages

How is it that a blood cell and a brain cell have the exact same DNA – yet they do such different things?

“Your DNA is a powerful code,” says Dr Ozren Bogdanovic (Garvan Institute of Medical Research, Sydney), one of the lead authors of the study along with an international team of collaborators from Spain, France and the UK.  “What you do with that code - how you read it, when you read it, and what parts you read – is just as powerful.”

In their study, Dr Bogdanovic and his collaborators focused on a type of DNA regulation process called ‘DNA methylation’ – a chemical modification of the DNA that tells genes when to switch on or off.

A world first in invertebrates

In an effort to better understand how DNA methylation controls DNA, the team turned to one of our distant relatives - an ancient, translucent fish-like organism called ‘Amphioxus’. This small marine organism – full name Branchiostoma lanceolatum – spends the majority of its life buried in the sand, filter-feeding a variety of plankton. Although they have a similar body plan to fish, their lack of paired fins or limbs makes them quite poor swimmers.

“Most studies on DNA methylation have focused on organisms that are either too similar to humans, like mice – also a mammal - or too different, like flies, which have zero DNA methylation. We have been missing the ‘Goldilocks zone’ – not too close, not too distant, just right – for understanding methylation.”

“Humans are ‘vertebrates’, which is a group that includes mammals, birds, fish. While flies are ‘invertebrates’ - insects, worms, jellyfish. With Amphioxus, we have one of the closest living invertebrate relatives to humans – almost a vertebrate, but not quite.”

In Amphioxus, they discovered a remarkable thing - the first-ever evidence of DNA methylation as a tool to regulate gene expression in an invertebrate.

“We have always believed that DNA methylation, as a method of DNA regulation, was found only in vertebrates. But here, we have evidence of DNA methylation in regions that are used to regulate gene expression, for the first time, in an invertebrate specie, Amphioxus.”

Their findings suggest that this method of DNA regulation is much older than previously thought.

“It tells us that this mechanism of regulation might have appeared a lot earlier – millions of years earlier,” says Dr Bogdanovic. “And this tells us a lot about how DNA regulation evolved, but also helps us understand more about how it works in more complex organisms, like ourselves.”

A new member of the family

“Amphioxus lies right at the vertebrate-invertebrate boundary,” says Dr Bogdanovic,  “so it’s perfectly positioned to help us understand how our genomes made the leap from invertebrate to vertebrate.”

And the team has discovered that Amphioxus is similar to vertebrates in more ways than one.

“There is a point during embryonic development, where all vertebrates look practically identical – it’s called the ‘phylotypic’ stage, “ explains Dr Bogdanovic, “If you take a human egg, a mouse egg and a fish egg – they all look very different, and we all look very different full grown. But at the ‘phylotypic’ stage – about 4 weeks for a human embryo, 10 days for a mouse embryo and 1 day for a fish embryo - they look very much alike, and even their gene expression is eerily similar.”

They have found that Amphioxus, although an invertebrate, also goes through the phylotypic stage.

“Amphioxus is the first invertebrate we’ve seen that also goes through the phylotypic stage. They look highly similar to vertebrate embryos at this stage, and also have similar gene expression patterns.”

And for Dr Bogdanovic, all their findings could be connected.

Although it’s too early to confirm those suspicions, Dr Bogdanovic plans to continue investigating the link between vertebrates and invertebrates, to gain a better understanding of DNA regulation.

“This will allow us to deepen our understanding of how DNA regulation works, and especially how it goes wrong in disease. Understanding these processes has the potential to help us better understand and ultimately treat disease.”

Invertebrates are a group of organisms that do not develop a vertebral column, known as a backbone, or a spine. It is estimated that ~97% of all organisms on earth are invertebrates. They include insects, crabs, lobsters, snails, clams, octopuses, starfish, sea-urchins, jellyfish and worms, to name a few. Some invertebrates, such as the Tunicata or Cephalochordata, more closely resemble vertebrates than other invertebrates.

Vertebrates are organisms that possess vertebrae, and have a backbone or spine. All vertebrates are organized along the basic chordate body plan – the vertebral column running through the length of the animal with a hollow tube of nervous tissue above it and the gastrointestinal tract below. Vertebrates include jawless fish, cartilaginous fish, bony fish, amphibians, reptiles, birds and mammals.