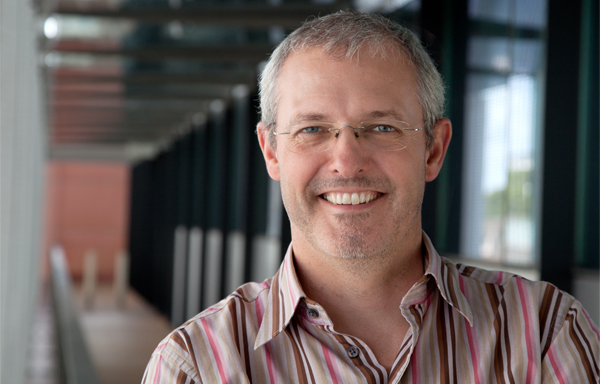 Australian researchers have shown why calcium-binding drugs commonly used to treat people with osteoporosis, or with late-stage cancers that have spread to bone, may also benefit patients with tumours outside the skeleton, including breast cancer.

Several clinical trials – where women with breast cancer were given these drugs (bisphosphonates) alongside normal treatment for early-stage disease – showed that they can confer a ‘survival advantage’ and inhibit cancer spread in some women, although until now no-one has understood why.

These calcium-drug complexes are then devoured by ‘macrophages’, immune cells that the cancer hijacks early in its development to conceal its existence.

The study, which includes remarkable movies of the entire process described above, is published in the prestigious journal Cancer Discovery, now online.

The authors, who also analysed tissue samples from cancer patients, believe that the findings are relevant to people.

“We do not yet fully understand how the macrophages revert from being ‘bad cops’ to being ‘good cops’, although it is clear that this immune cell interacts with tumours, and probably changes its function in the presence of bisphosphonates,” said project leader Professor Mike Rogers.

“The surprising thing is that we didn’t make the connection between bisphosphonates and tumour calcifications before - of course bisphosphonates are going to bind to calcium! It had been staring us in the face for a long time, yet we didn’t explore that action of the drug. Perhaps because there is such strong acceptance that these drugs only work in bone.”

“When we showed our movies at a conference recently, you could have heard a pin drop in the room - at the same time as the penny dropped for the audience.”

Colleague Dr Tri Phan, an immunologist and microscopist, commented that he did not think such a process could be possible until he saw it with his own eyes.

“I clearly remember the moment we first saw macrophages behaving like little Pacmen and gobbling up the drug. It was astounding,” he said.

“Our next step will be to analyse the changes that take place in macrophages, so that we can understand their change in function, and effect on cancer cells.”

Once Rogers and his colleagues realised what was happening in mice, they worked with colleagues at St Vincent’s Hospital in Sydney, and obtained a tumour sample from a patient with breast cancer who had undergone surgery. They stained the tissue for calcifications, and found them next to and even inside macrophages, indicating that the same process happens in humans.

“This study is potentially transformative for treatment of some cancers, because it is telling us for the first time that drugs we thought acted only in bone can also act within tumours completely outside the skeleton, and have a beneficial effect,” said Professor Rogers.

“We already know this drug is well-tolerated in people and provides a survival advantage for some patients with certain cancers when taken early in disease development. This now provides a rationale for using these drugs in a different, and potentially more effective, way in the clinic.”

This clip shows real-time distribution and uptake of bisphophonate (tagged red) in a breast tumour. The calcium-bisphosphonate complexes become visible towards the end of the clip - as dots of red.

A macrophage devouring a calcium-bisphosphonate complex in a breast tumour