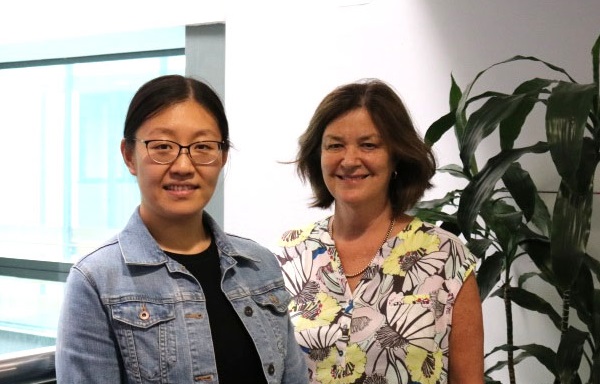 Garvan researchers have, for the first time, revealed a link between the timing of when DNA is copied in a dividing cell and changes to the chemical tags found on DNA which may lead to cancer development. Recently published in Nature Communications, the team’s findings may contribute to new approaches for cancer therapy or prevention.

“Our results have shed light on a new aspect of DNA replication timing that may be a key component of how the genome becomes unstable in cancer cells,” says Garvan Institute’s Professor Susan Clark, Head of the Genomics and Epigenetics Division and lead author of the study.

Cell division occurs constantly in the human body, allowing tissues to grow and repair. It is like a remarkably refined choreography – each time a cell divides, it copies not only its entire genome, a three-billion letter DNA code, but also its entire epigenome – the chemical tags and molecules attached to the DNA which control how it is read. If the DNA code itself, or the epigenome, is copied incorrectly, the resulting change can sometimes drive cell growth and cancer development.

In this study, the team analysed the epigenome of prostate and breast cancer cells and discovered that sections of the cells’ epigenome, which were changed or deregulated, were also replicated at different times of the cell cycle.

“To study replication timing we optimised a new method that allowed us to sequence DNA and determine which regions replicate early or late,” explains co-first author Dr Saul Bert who developed the protocol during his PhD at the Garvan Institute. “This new method gives us an unprecedented view into the pattern of replication timing in cancer cells.”

“This is the first time that we’ve linked ‘mistakes’ in the epigenome to DNA replication timing,” explains co-first author, Garvan PhD student Qian Du. “For instance, we saw in both prostate and breast cancer cells that the regions of the genome that replicate late have a notable reduction in DNA methylation, compared to normal cells. Importantly, we found that changes to replication timing occurred across large regions of the genome and were associated with altered gene activity in the cancer cells.”

The team’s study suggests that the replication timing is also linked to the overall stability of chromosomes – the microscopic X- or Y-shaped structures which carry the DNA inside cells and where the chromosomes are located within the cell nucleus. The DNA closer to the centre of the cell nucleus is replicated earlier in the cell cycle, while the DNA closer to the edge of the nucleus is replicated later, the team’s findings indicate.

The team also investigated existing datasets of 214 publicly available prostate cancer genomes and 35 breast cancer genomes, and discovered that the late-replicating DNA contained more ‘breakpoints’ – which are known to rearrange and cause chromosomes to become unstable.