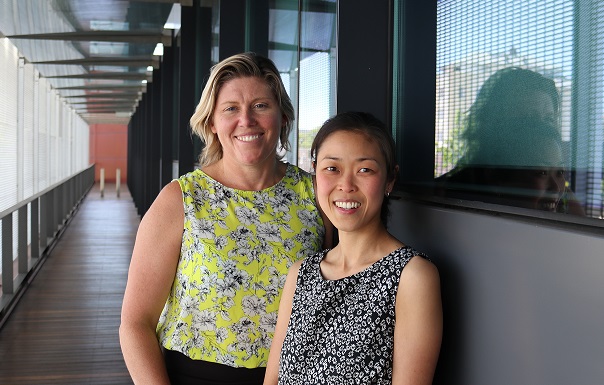 Combining an existing cancer therapy with a drug currently in Phase I clinical trials may significantly suppress the spread of pancreatic cancer, researchers at the Garvan Institute of Medical Research have discovered.

Accounting for 430,000 deaths a year worldwide, pancreatic adenocarcinoma is the most common pancreatic cancer and has one of the poorest outlooks globally, with 94 deaths recorded for every 100 cases diagnosed.

In a mouse model of pancreatic adenocarcinoma, the Garvan researchers were able to reduce the cancer’s spread by more than 60% through a combination treatment of the drug dasatinib with a second drug S63845, which shuts off a protein MCL-1 that helps keep cancer cells alive. S63845, and other drugs which target MCL-1, are currently undergoing Phase I clinical trials for use in multiple myeloma.

“We identified that the protein MCL-1 is key to the spread of not only triple negative breast cancer, but also pancreatic cancer – a potential Achilles’ heel on one of the most aggressive forms of cancer.”

The findings are published in the journal Oncogene.

In 2016, Dr Oakes and her colleagues discovered a promising combination approach for the treatment of triple negative breast cancer.

The pro-survival protein MCL-1 is usually ‘turned off’ in diseased and ageing cells, which allows them to die and be recycled. However, in triple negative breast cancers, Dr Oakes discovered, MCL-1 remains at high levels, preventing normal cell death from occurring and allowing cancer cells to spread uncontrollably.

By targeting MCL-1 in mice with triple negative breast cancer, her research team could ‘turbo-charge’ the effect of another anti-metastasis treatment called dasatinib, which is already used in the clinic to treat some forms of leukemia.

“We were amazed at how effective this dual strategy was in triple negative breast cancer, and suspected that MCL-1 could be critically involved in other cancers,” says Dr Oakes. Analysing data from publicly available databases of different cancer types, she identified pancreatic cancer as a candidate.

“When we then analysed pancreatic tumour samples collected through the Australian Pancreatic Cancer Genome Initiative, we made the surprising observation that 94% of samples had very high levels of the MCL-1 protein. This was a crucial discovery, as it revealed MCL-1 as a potential drug target for a large proportion of pancreatic cancers.”

A dual strategy for pancreatic cancer

In a mouse model of pancreatic adenocarcinoma, the researchers investigated the new dual therapeutic strategy.

“Alone, both dasatinib and the anti-MCL-1 drug S63845 showed no significant improvement for lowering the spread of pancreatic cancer in mice – but together, we saw a remarkable, synergistic effect in reducing metastasis to the liver.”

“We’ve shown a fantastic effect on metastasis in experimental models,” says Dr Oakes. “The really powerful thing about this study is that we took a discovery we made in triple negative breast cancer and applied this to pancreatic cancer. “

The next steps, Dr Oakes says, will be to determine whether the approach is effective when used in combination with standard chemotherapy to stop cancer metastasis in pre-clinical models and then in patients.

“Drugs that target the pro-survival protein MCL-1 are currently undergoing phase I clinical trials for safety as we speak. Once the data is in, we hope to design a clinical trial to test the new approach in pancreatic cancer patients,” she says. “I think in future we will only see more examples of the potential benefit of such effective combinations of treatment.”