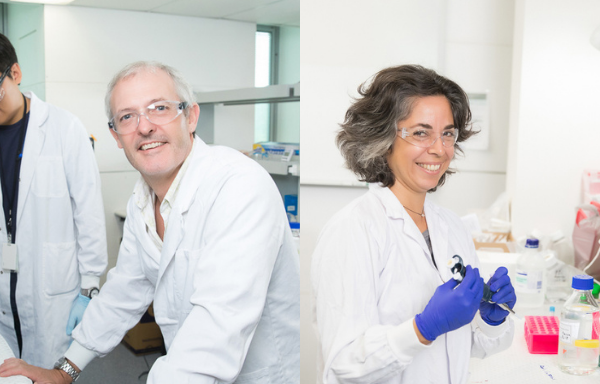 Researchers at the Garvan Institute of Medical Research have revealed that a common osteoporosis treatment boosts immune cells in the lung that form one of the first lines of defence against pathogens.

In experimental models, bisphosphonate treatment stimulated lung macrophages to mount a stronger response against an immune challenge. The findings published in eLife follow observations made in previous clinical trials that individuals who took bisphosphonates had a reduced risk of pneumonia.

“Bisphosphonates are a safe and effective class of osteoporosis medication that have been the standard-of-care since the 1990s to prevent loss of bone and reduce the risk of fractures,” says senior author Professor Mike Rogers, who heads the Bone Therapeutics Lab at the Garvan Institute.

“We have found an added potential benefit for this treatment – it can boost the immune function of lung cells, which may protect against respiratory infection and pneumonia. Our evidence warrants further investigation that we hope will lead to improved health outcomes in the older population, who are at higher risk of pneumonia and osteoporosis.”

Respiratory infections, such as acute pneumonia, are a major cause of death from infection worldwide. They increasingly affect the older population, as our ability to generate protective immune responses against infectious diseases declines with age.

“Previous clinical trials have suggested that bisphosphonate treatment has a beneficial effect in protecting against pneumonia,” says Dr Marcia Munoz, first author of the paper. “In our research we wanted to understand why that is.”

The researchers administered a bisphosphonate called zoledronic acid to mouse models and tracked how the medication moved into different cells.

“It was previously thought that bisphosphonates act only in the bones, but we found that they are taken up by macrophages in the lung, which are ‘first responder’ cells that can recognise, engulf and destroy a pathogen during an immune response,” says Dr Munoz.

The team then tested their model’s immune response by exposing them to LPS, a molecule found on the surface of bacteria, which is commonly used to assess response to infection. They found that even after just one bisphosphonate dose, the activity of macrophages in the lung had increased compared to mice that had not received the treatment.

“In the skeleton, bisphosphonates prevent bone loss by blocking an enzyme needed by the specialised cells that break down bone,” says PhD student Emma Fletcher, second author of the paper. “In immune cells in the lung, we found that the treatment blocked the same enzyme, which in this case enhanced the immune response.”

“Macrophages are one of the first lines of defence against infection,” says Professor Rogers. “If bisphosphonates are ramping up the ability of these cells to respond when they encounter a viral or bacterial infection, a stronger initial immune response may help clear the infection and lead to a better outcome. This is what we will be investigating next.”

In Australia alone, 3.7 million individuals aged over 50 have a high fracture risk and are eligible for bisphosphonate treatment. However, less than 30% of individuals who should be receiving the medication under existing clinical guidelines are currently treated.

“This leaves a large population of individuals who may receive additional benefits,” Professor Rogers adds. “Clinical trials are warranted to determine whether bisphosphonates, aside from preventing bone loss, can provide protection against pneumonia infection in vulnerable individuals, for instance, patients in aged care homes.”

This research was supported by Australia’s National Health and Medical Research Council, Mrs Janice Gibson and the Ernest Heine Family Foundation, and a Perpetual IMPACT grant.