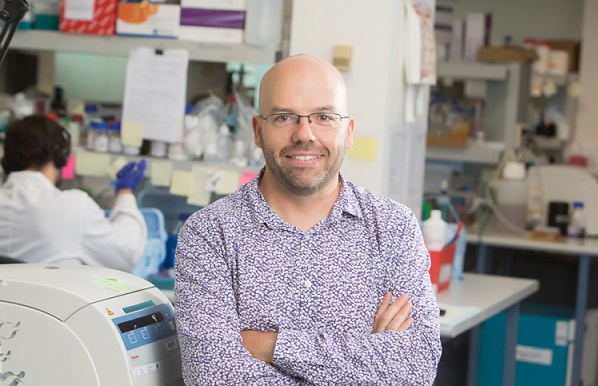 A new research report reveals that 94 individuals with rare inherited immune disorders, otherwise known as primary immunodeficiency (PID), who were infected with the SARS-CoV-2 coronavirus had similar disease outcomes to the general population. However, admission rates to intensive care tended to be higher in PID patients and the average age of affected patients was lower than in the general population.

The study, led by the Garvan Institute of Medical Research and KU Leuven, provides information for individuals affected by PIDs, their families and clinicians. The findings also contribute to an understanding of the components of the immune system that underpin an effective coronavirus immune response.

“We wanted to find out the impact of SARS-CoV-2 infection on those individuals with rare immune disorders, a group of patients assumed to be at-risk of severe COVID-19 disease if infected with SARS-CoV-2. As PID patients are so rare, this study was only possible through a large global research collaboration across 50 centres,” says Prof Stuart Tangye, Leader of the Immunity and Inflammation Research Theme at Garvan and senior author of the study.

“The findings show that pre-existing immune deficiencies were generally not found to be a significant risk factor as the rate of fatality from COVID-19 was no higher in this group than the general population. Some immune defects even appeared to be protective against the dramatic immune pathology that is frequently seen in severe disease. However, our study suggests younger male patients with PIDs are more likely to endure severe COVID-19 and require ICU admission,” says Isabelle Meyts, Professor at KU Leuven, and Clinical lead of the primary immunodeficiency care program at University Hospitals Leuven.

The researchers publish the findings in the Journal of Allergy and Clinical Immunology.

The consequences of infection with the SARS-CoV-2 coronavirus are vastly different across individuals. Some infected people are more at risk than others, including older individuals and those with underlying health conditions. However, little is known about those with pre-existing rare inherited immune disorders.

“There has been substantial anxiety within the PID community that their immune condition would result in a more severe clinical outcome should they contract SARS-CoV-2 and develop COVID-19,” says Prof Meyts.

The researchers invited clinical immunologists from around the world who manage patients with inborn errors of immunity to complete a questionnaire, if their patients had contracted the SARS-CoV-2 virus. Data was collected from patients in the USA, UK, France, Spain, Italy, Germany, the Netherlands and Latin America.

Of the 94 reported patients, 25 had mild disease and were treated as outpatients, while 59 (63%) required hospitalisation. Of those hospitalised, 13 required non-invasive breathing assistance, and 15 were admitted to intensive care for invasive ventilation.

Sadly, nine of the 94 patients passed away from COVID-19 (9.6%), which is within the range of global data of COVID-19 mortality (1-20%). However, admission rates to ICU were higher and the average age was lower in PID-affected patients than in the general population.

Similar to the general population, adult patients in the study cohort who succumbed to SARS-CoV-2 infection had existing comorbidities, such as heart failure, chronic kidney or lung disease, and diabetes.

The study further revealed insights for the components of the immune system that may be involved in SARS-CoV-2 immune defence.

The findings also revealed that patients with gene defects that resulted in the body being unable to respond to the pro-inflammatory effects of interleukin 6 (IL-6) developed little or no disease when infected with the SARS-CoV-2 virus. IL-6 is a signalling molecule released by the body in response to infections, and helps regulate the human immune response.

“Our findings suggest that certain forms of immune suppression, which reduce the function of IL-6, are protective against the pathological effects of the cytokine storm frequently observed in patients,” says Prof Tangye.

The researchers say further studies are needed to gain a comprehensive understanding of which components of the immune system are crucial to a successful coronavirus defence. “We hope such studies will contribute to a greater understanding of COVID-19 disease progression and new therapeutic approaches,” says Prof Tangye.