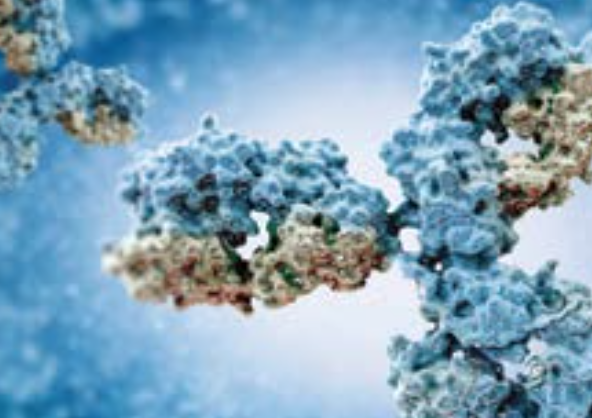 New Australian research has shown how the immune system avoids attacking its own tissues with antibodies – whilst still maintaining a strong defence against invaders. The findings, from the Garvan Institute of Medical Research (Sydney) and the John Curtin School of Medical Research (Australian National University), have just been published in the leading journal Nature Communications.

Our immune system is charged with the crucial task of keeping us safe from overwhelming infection. Time and again, our immune cells must decide very quickly whether they are looking at an invading microbe, which poses a threat, or a part of the body, which should be protected. Getting it wrong – and attacking ‘self’ – can lead to devastating autoimmune disorders such as rheumatoid arthritis or lupus.

The researchers have shown how the immune system can stop ‘traitor’ cells – which could otherwise make damaging antibodies against the body’s own tissues (auto-antibodies) – in their tracks.

They show that a type of antibody called Immunoglobulin D or ‘IgD’– which sits on the surface of immune cells termed B cells – is responsible for stopping the ‘traitor’ cells from producing auto-antibodies. IgD keeps the cells in ‘lockdown’ – unresponsive to the body’s tissues, yet still capable of producing antibodies against invaders.

The findings solve a longstanding mystery surrounding the function of IgD, whose role in the immune system has been unclear since it was first observed 50 years ago.

Prof Goodnow says, “We have known for some time that more than half of the immune system’s B cells are capable of producing damaging antibodies against the body’s own tissues – yet they don’t do this.

“What we haven’t understood before is why and how the immune system keeps these potential ‘traitor cells’ alive, instead of getting rid of them completely.

“Our new research shows that the antibody IgD is the key player in locking down the traitor cells, so that the immune system can hedge its bets between discarding these cells and drawing upon them to fight an infection. By placing the cells that bear autoantibodies in lockdown, IgD dials down their capacity to produce antibodies against the body’s own tissues – but keeps them alive in case they are needed to fight invasion by a microbe.”

The researchers carried out a detailed study of gene expression across the whole genome in locked down (or anergic) B cells from mice, comparing mice with or without functional IgD. The studies revealed a core set of over 200 genes, one third of which are controlled by IgD, that together keep the cells unresponsive to the body’s own tissues.

Importantly, however, the cells in lockdown are not removed from the immune system. On the contrary, the researchers found that IgD supports the cells to accumulate in the spleen and lymph nodes (just as other B cells do) and, if necessary, to take part in “target training” to make antibodies against invaders.

“Our experiments have shown that, although IgD places the B cells that can produce autoantibodies in lockdown, it still promotes the formation of germinal centres of those muted cells, which is like a military special operations camp of B cells that begin sharpening their ability to target an invader when they ‘see’ one,” Dr Reed says.

The presence of germinal centres is an indication that, under the right circumstances, the cells are still capable of mounting an attack against an invader.

“We think that the large-scale lockdown of B cells is the immune system’s way of avoiding ‘holes’ in its defensive line, so that it is ready to respond to any conceivable invasion,” Prof Goodnow says.

“If every B cell capable of producing autoantibodies was removed, rather than kept in lockdown, we would severely limit the number of foreign invaders that our immune system could recognise.

“By locking down B cells, and keeping them alive, IgD strikes a delicate balance between protection from invaders and avoiding an immune attack on the body’s own tissues.”

The findings have personal significance for Prof Goodnow, who in the late 1980s was the first to describe the presence of an anergic, unresponsive population of self-reactive B cells in mice.

“To have observed these cells in lockdown, at a point where they were mysterious to us – and now to be at a point where we can define with great clarity precisely what’s happening in this population of cells – is a remarkable thing,” Prof Goodnow says.

The findings provide a new depth of understanding of the human immune system and are likely to help cancer researchers understand how B cells break out of their ‘holding pattern’ and multiply in common forms of leukaemia and lymphoma.