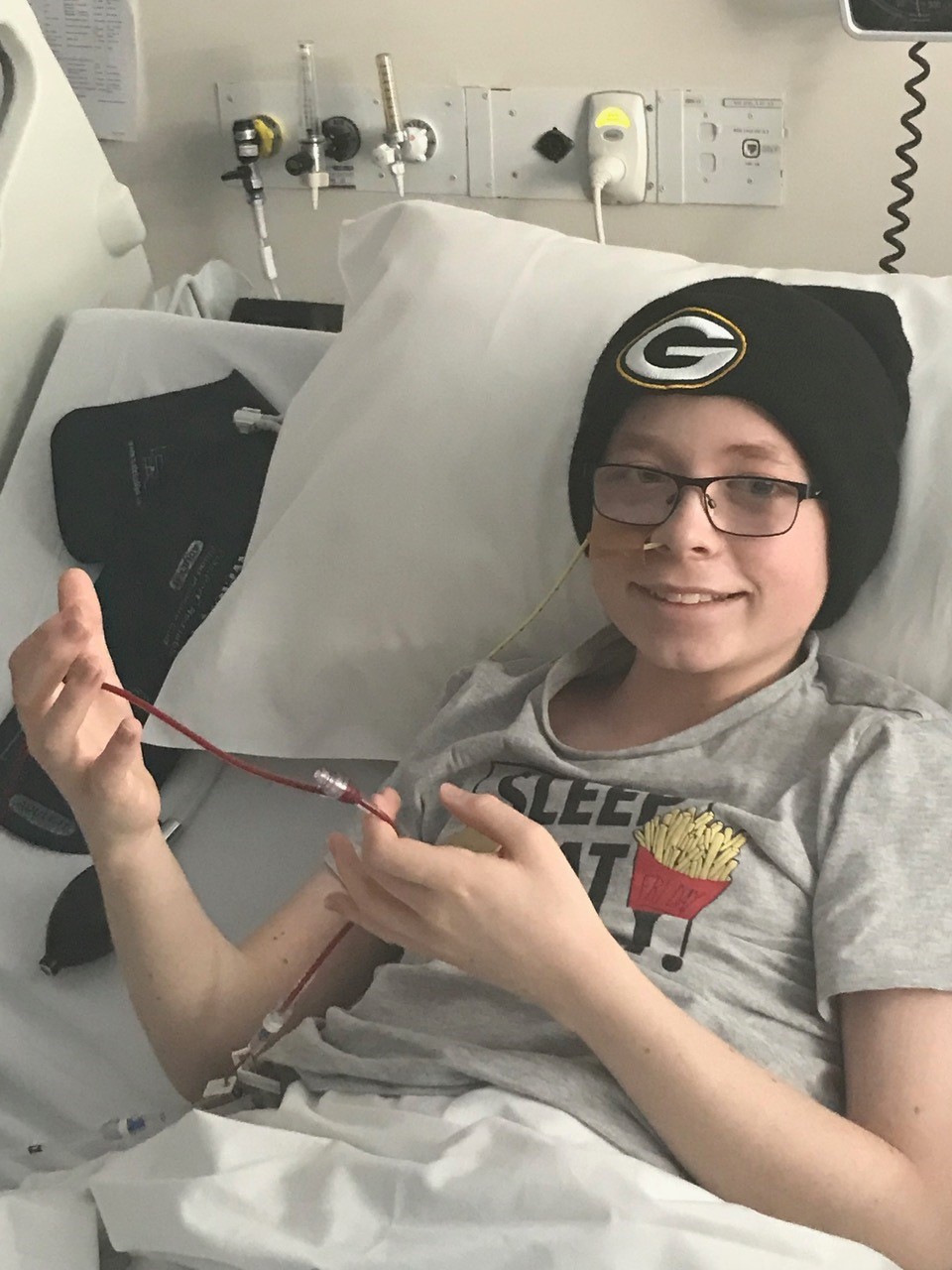 Oscar was six when a constant cough led him to get a chest x-ray. What followed were five years of scans and invasive tests, with no answers as to why he was still sick.

One day before Christmas, at only 11 years old, Oscar suffered a stroke. He was placed in ICU after suffering three more strokes in the hospital emergency department. The doctors couldn’t understand why an otherwise healthy looking boy was having a stroke, but what they did know was that his body was battling something serious.

With nowhere else to turn, Oscar’s doctors referred his case to the Garvan led Clinical Immunogenomics Research Consortium Australia (CIRCA) – a research network of scientists and clinicians with diverse backgrounds that come together to understand the causes of disease in patients with rare immune conditions.

Oscar’s genome was sequenced at Garvan, where an underlying driver of Oscar’s previously undiagnosed condition was identified. Genome sequencing uncovered that Oscar has a variation in a gene called MAGT1 which results in a disease called X-linked Magnesium EBV neoplasia, or XMEN.

This disease is a rare immunological genetic condition which only affects the immune system of males (in the X-chromosome), reducing the number of T cells or causing them not to function properly. Even though Oscar is one of less than 15 people in the world with XMEN disease, the diagnosis guided Oscar’s treatment path and he received a bone marrow transplant.

Light at the end of the tunnel

Genome sequencing is making it possible to diagnose rare, critical immune conditions when all other avenues fail. Since its launch in 2015, CIRCA has grown from three members to an international consortium of 15 organisations. So far, over 150 patients have been recruited.

With generous support, this new and emerging research is set to provide not only more answers but also precise and targeted gene-specific therapies.

“We are quickly identifying the underlying genetic causes in people with faulty immune systems, and are providing access to therapies within months, says Professor Stuart Tangye, Head of Immunology at Garvan and lead researcher with CIRCA.

Oscar is still recovering following his transplant, but thankfully, Oscar’s family and medical team now know what they’re dealing with. “Not knowing is frustrating. You feel helpless, there is nowhere to focus your energies because you don’t know what the actual disease is. At least the diagnosis has reduced our fear and given us a pathway forward,” said Bernadette, Oscar’s mum.

“We can never thank the Garvan team enough for what they have done to help Oscar.”