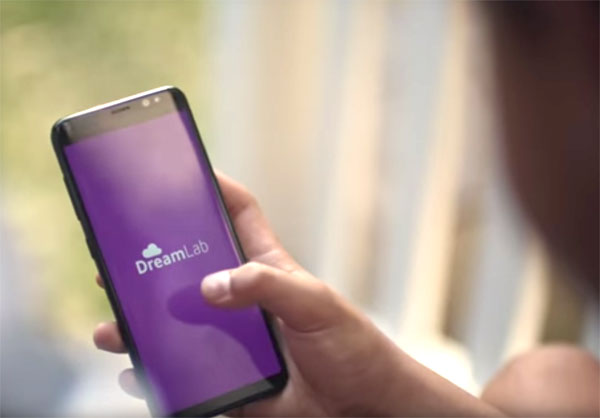 The Garvan Institute of Medical Research and The Vodafone Foundation today announced that now millions of Australians with a smartphone can put their phone to work to help fight cancer – while they sleep.

The DreamLab app, which is now available on iOS and Android, works by combining the processing power of Australian mobile devices with an internet connection to create the world’s first distributed smartphone supercomputer for cancer research.

Celebrities, politicians, CEOs and – most importantly – everyday Australians are set to embrace the app as their ‘DreamJob’; a way to help solve cancer by donating the power of their phone, while they sleep. As a symbol of participation, the launch will also see a wave of job title changes on LinkedIn to ‘Cancer Researcher at DreamLab App’ in a move designed to spread awareness to millions of Australians who can now take part in this worthy cause, with the aim of getting one million people to download the app.

Actress, brand ambassador and cancer survivor, Tessa James believes that DreamLab has the ability to fundamentally change the cancer conversation.

“As someone that has come out the other side, I have the highest appreciation and admiration for researchers and scientists fighting our corner. To take that one step further and allow the public to support those research efforts is a huge leap forward and one that I couldn’t be more excited about,” she said.

“Cancer is a disease that has likely touched our lives in one way or another and if the DreamLab app helps unravel even one more piece of the cancer puzzle, it has my full support.”

How does the DreamLab app work?

Medical research is the key to solving cancer, but progress is limited by the staggering amounts of computing power needed to process the tsunami of complex information that must be waded through in order to meet cancer head-on.

Every smartphone is a powerful computer, with smartphones in Australia collectively having 90 times the processing power of a supercomputer. When smartphones are idle - like when a smartphone owner is asleep at night - that extraordinary power goes untapped.

DreamLab puts that idle supercomputing power to work, fast tracking cancer research.  When your smartphone is charging, DreamLab solves tiny research problems and sends the results back to one of the world’s leading cancer research teams. Each piece of the puzzle helps speed up the Garvan Institute’s research into some of Australia’s biggest killers including breast, ovarian, prostate and pancreatic cancer.

What will starting your DreamJob mean for cancer research?

According to Dr Samantha Oakes, Breast Cancer Researcher from the Garvan Institute, the more Australians who download and use DreamLab the faster data for cancer research can be processed.

“It’s only through medical research that we’ll be able to solve cancer, and medical research generates a vast amount of complex data and information that must be analysed in order to make the next discovery,” she said.

“We‘re a smartphone-obsessed nation and now we have a tremendous opportunity to use our phones to help speed up research.”

Professor David Thomas, Head of the Cancer Division at the Garvan Institute said DreamLab is helping in the fight against cancer.

“DreamLab is helping us tackle the huge amount of data that we’re producing by sequencing or ‘decoding’ the DNA of cancer patients. Cancer is a disease of the DNA, so by crunching and analysing this data, we hope to understand more about cancer, how to detect, diagnose and treat it better,” He said.

In trials to-date, 150,000 DreamLab users have helped solve cancer-related research problems in half the time it would have otherwise taken. With DreamLab now available on iOS and Android, the pace of discovery is set to increase even further.

Alyssa Jones, Head of the Vodafone Foundation Australia and DreamLab’s Global Manager said it’s never been easier for Australians to contribute to a cause that touches so many.

“Unfortunately most people are touched by cancer at some point in their lives. We all want to play a part in overcoming this horrible disease, and what makes the DreamLab app unique is that it’s a new and easy way to support world-leading cancer research, by simply downloading an app and charging your phone,” she said.

“Our target is to hit one million DreamLab users. With this number we are confident that Australians can make a significant and measurable contribution to finding new, more personalised treatments for cancer.”

How to start your DreamJob

DreamLab is free to purchase and incredibly easy to use. Users simply need to have a working internet connection, download the app and charge their phone.

DreamLab is an Australian innovation which initially launched as an Australian beta trial on Android. It is now set to be launched internationally over the coming year by The Vodafone Foundation.

For further information on the DreamJob campaign visit: www.ourdreamjob.com.au or search #OurDreamJob on social media

DreamLab can be downloaded from the App Store and Google Play Store.

Hill+Knowlton Strategies on behalf of the Vodafone Foundation