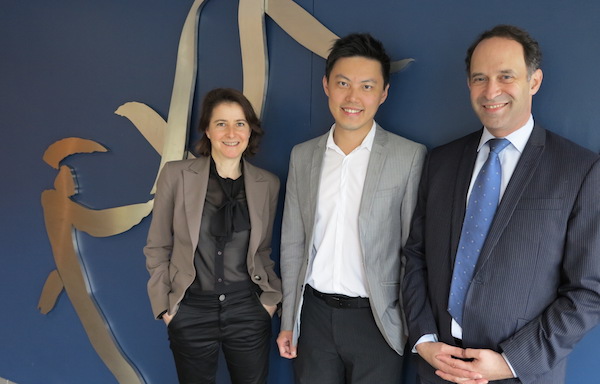 Australian researchers have defined some key characteristics of the metabolically healthy obese – those obese individuals who remain free from type 2 diabetes and other disorders that usually associate with obesity. Their findings have implications for the treatment of type 2 diabetes, insulin resistance and obesity.

Two in three Australian adults are overweight or obese. For most, their excess weight goes hand-in-hand with a host of other health problems – including type 2 diabetes, insulin resistance (a precursor to diabetes), high blood pressure and an abnormal blood lipid profile. Yet, intriguingly, some obese individuals appear to buck the trend, remaining free from these so-called metabolic disorders.

Getting to grips with what’s different about these metabolically healthy obese individuals could give us a clearer understanding of what causes type 2 diabetes, and could ultimately lead to better and more targeted treatments.

Now, Australian researchers have shed new light on how the metabolically healthy obese differ from other people with obesity. Associate Professor Jerry Greenfield, Head of the Department of Endocrinology at St. Vincent's Hospital (Sydney) and of a clinical research lab at the Garvan Institute of Medical Research, led the study, which has been published in the November issue of the Journal of Clinical Endocrinology and Metabolism.

“Our own approach is to define metabolically healthy obesity in clearly measurable terms. We examine whether or not obese individuals also have a key complication of excess body fat: a resistance to the hormone insulin, which regulates the level of sugar in the blood after a meal.

“We consider that obese individuals who are not insulin-resistant, but instead remain sensitive to insulin, can be thought of as being metabolically healthy.”

In people with insulin resistance, the body’s tissues (particularly muscle and liver) become progressively less responsive to insulin. Muscle cells become sluggish at removing sugar (in the form of glucose) from the bloodstream, and liver cells are less able to halt their release of glucose into the blood. The result? The machinery of insulin production is overworked and ultimately becomes exhausted, leading to type 2 diabetes.

Dr Samocha-Bonet says, “The power of this technique is that you can simultaneously look at whether the muscle and the liver act in an insulin-sensitive way. So, for the first time, we were able to look both at whether the participants’ livers and their muscle tissue were responsive to insulin.

“So, we now know it’s not enough to label an individual as ‘insulin-resistant’ or ‘insulin-sensitive’. Instead, they can be insulin-resistant at liver, at muscle, at both sites, or at neither.”

The researchers next tested how each participant’s insulin response profile related to other key readouts of metabolic health.

“What we found,” says Dr Samocha-Bonet, “is that obese individuals who are sensitive to insulin in muscle only or liver only are metabolically healthier in many respects than the group that is insulin-resistant at both sites.

“Not only do they have lower blood pressure, but they also have less deep abdominal fat and less fat within the liver. In fact, judging by these criteria, the metabolic health of these people is similar to that of individuals who are insulin-sensitive at both muscle and liver.”

“Taken together, this metabolic protection, and the discovery that insulin resistance at the liver and muscle do not necessarily occur together in the same individual, provide significant insight into the complexity that is human insulin resistance. The findings suggest that there are different drivers of insulin action at liver and muscle that may be determined by specific genetic pathways.

“The demonstration that insulin sensitivity in the liver and muscle may occur independently in humans potentially paves the way for earlier detection and individualised treatment of people at risk of developing metabolic disease.

“It is early days, but we’re taking the first steps towards a personalised and targeted approach to the treatment of obesity and type 2 diabetes.”