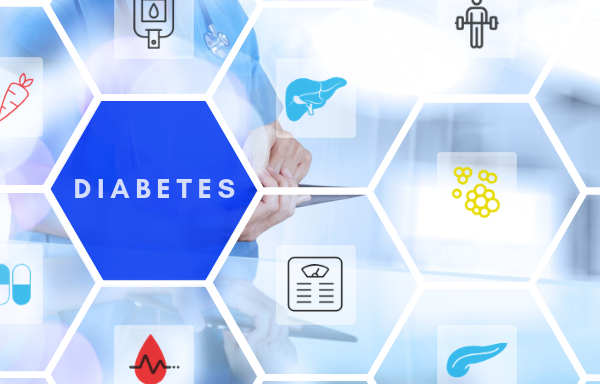 The expanding view of diabetes.

Type 2 diabetes is reaching epidemic proportions around the world. The World Health Organization reports that more than 422 million people suffer from the disease, including over 1.2 million in Australia alone. The consequences of diabetes can be dire (cancer, kidney failure, and heart attacks) and its prevalence is rising fast. There is an urgent need to better understand how diabetes progresses – and how it might be stopped.

A new study by Australian researchers, out today, is challenging what we know about the causes of diabetes. The new research points to fat tissue as a source of disease, and widens our understanding beyond the traditional focus on liver and pancreas as the main culprits.

The findings, uncovered in mice, are published in the high-impact journal Cell Metabolism.

The new research is centred around the surprising finding that protein kinase C epsilon (PKCε), known to be involved in diabetes, isn’t acting in the liver or the pancreas as was once assumed.

Researchers have long known that PKCε is important for the development of diabetes. Mice that have no PKCε produced anywhere in the body don’t develop diabetes-like symptoms – even under conditions where other mice become diabetic.

“We have known for some time that if you remove PKCε entirely from mice and feed them a high-fat diet they do not become glucose intolerant. In fact, they are protected from becoming diabetes-like,” says Associate Professor Carsten Schmitz-Peiffer (Garvan Institute of Medical Research), who led the research.

Diabetes researchers use a high-fat diet (HFD) to induce type 2 diabetes in mice. Following a HFD, most mice become ‘glucose intolerant’ – they are unable to control their blood sugar after eating. In particular, the liver becomes ‘insulin resistant’ – it no longer responds to the pancreatic hormone insulin.

“The big surprise was that when we removed PKCε production specifically in the liver – the mice were not protected. For over a decade, it’s been assumed that PKCε is acting directly in the liver – by that logic, these mice should have been protected against diabetes.”

“We were so surprised by this, that we thought we had developed our mice incorrectly. We confirmed the removal and tested it in several different ways, but they still became glucose intolerant when given a HFD.”

If not the liver, then where? The hunt was on to determine where PKCε was working to progress glucose intolerance.

“What we found,” explains A/Prof Schmitz-Peiffer, “is that if we removed PKCε production solely from fat tissue, the mice were protected from becoming glucose intolerant, similar to when we removed PKCε from the entire animal. So PKCε isn’t progressing diabetes from the liver, but in fact, it is acting from fat tissue to worsen the disease.”

PKCε has been known to be expressed in multiple tissues, but Prof Schmitz-Peiffer’s findings now point to a new function in fat tissue.

A changing landscape for fat tissue

A close examination of the fat tissue revealed a striking difference in the shape and size of the fat cells in the presence and absence of PKCε.

For A/Prof Schmitz-Peiffer, it is clear this could have wide-ranging and complex implications for diabetes.

“We know that fat tissue is a lot more than just an inert mass for storing fat,” explains A/Prof Schmitz-Peiffer, “it’s a very dynamic organ, it sends many messages and releases factors that communicate with the rest of the body, including the liver.”

“If PKCε is changing the nature of fat and affecting the overall health of fat cells, it’s changing the types of messages it sends and factors it releases – which could be acting on the liver and possibly other organs to interfere with glucose metabolism.”

A brake for PKCε - 10 years in the making

This discovery is the latest in a long line of contributions made in this field by A/Prof Schmitz-Peiffer.

“10 years ago, we showed that removing PKCε entirely protected mice against glucose intolerance. We just never knew where PKCε was acting. But we knew we might be onto something therapeutically important, if we could find a way to block PKCε”.

Today, Prof Schmitz-Peiffer is collaborating with Professor Ray Norton and Professor Jonathan Baell at the Fragment Based Drug Discovery Platform at the Monash Institute of Pharmaceutical Sciences to develop an orally available peptide that can disrupt PKCε activity.

“These results give us an even better idea about how to target PKCε to develop the most effective treatments possible. And therapeutically targeting PKCε would be a new possible approach for diabetes treatment.”

This work was supported by funding from fellowships and project grants from the NHMRC of Australia and Diabetes Australia Research Trust.