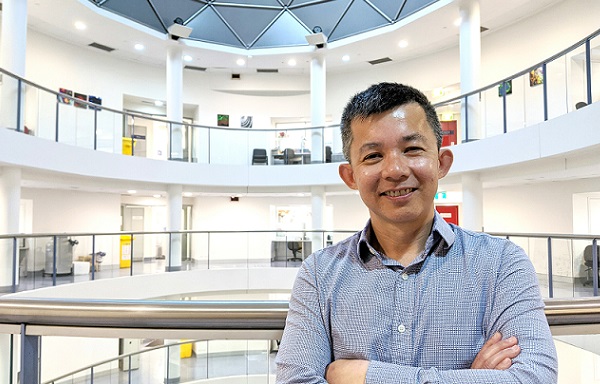 Half of all people who undertake genetic testing don’t receive a diagnosis, but a new study by researchers at the Garvan Institute of Medical Research reveals that a follow-up analysis increases their likelihood of a diagnosis by 10 per cent.

A systematic review of more than 9,000 published studies showed that a second round of analysis (’reanalysis’) resulted in 1 in 10 people receiving a diagnosis that wasn’t found the first time around.

“This is the best available evidence out there yet, that if you have a genetic test that at first doesn't give you a diagnosis, it’s worthwhile coming back and taking another look at the test to reanalyse it in light of new information,” says lead author Professor Tri Phan, Head of the Intravital Microscopy and Gene Expression Lab at Garvan.

In the intervening period, identification of new genes or variants and advances in technology improves the likelihood of diagnosis, says Professor Phan.

“In primary immunodeficiency diseases we know, for example, that every two years about 50 new genetic causes are discovered, so there are 50 new reasons that could possibly give a diagnosis,” says Professor Phan.

The study is published in the journal, Genetics in Medicine.

Needle in the genetic haystack

Unlike many medical tests such as blood tests for cholesterol or blood counts, where results are unambiguous, genetic tests may be inconclusive, and often take many months to complete.

The mammoth task of sorting through 30,000 known genes that could contain up to three million individual variants, is largely undertaken manually by skilled genetic scientists who comb the genome to identify which genes differ from the reference genome and might be linked to disease.

That’s why half of all tests don’t return any results. An inconclusive result, however, doesn’t mean there’s no genetic cause.

“Getting one test is not the end of the line. Just because you've had a test, it doesn't mean something isn’t wrong—just that science hasn't caught up yet,” says Dr Dai. “We should think of the genetic test as a living, breathing test that we need to keep going back to until we find out what’s wrong.”

Years or even decades of enduring symptoms that have not been linked to any known condition can be a debilitating challenge. Sydney man, Michael at age 52, finally found out what was causing the immune system dysfunction he experienced throughout his life, thanks to help from Professor Phan.

“A diagnosis provides a lot of clinical and psychological benefits. It provides closure for what can often be long diagnostic odysseys. We might then be able to offer personalised treatment that targets the gene, as well as genetic counselling and family planning assistance,” says Professor Phan.

Increasing the chance of a diagnosis by reanalysing the original test could give patients more certainty about the cause of their symptoms.

“We’re trying to provide patients with the necessary information about how they can move forward with their lives and give them a lot more agency,” says Professor Phan.

“We think the best time to come back is two years, on balance. But sometimes patients are really unwell, so under those circumstances, you might reanalyse the genetic test earlier,” says Professor Phan.

“There’s a one in 10 chance that you can change a person’s life,” says Professor Phan.