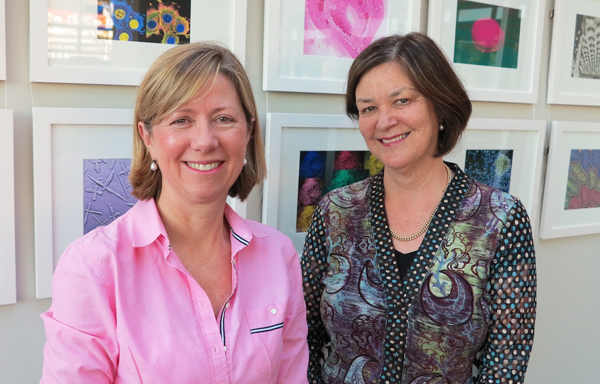 It’s one of the enduring enigmas in cancer biology. When a normal cell turns cancerous, its 3 billion DNA base pairs undergo a massive ‘epigenetic’ shift – a series of large-scale changes in the pattern of chemical decoration (methylation) of the cell’s DNA. These changes often switch off key anticancer genes, and are important in cancer progression – yet much still remains unknown about how DNA methylation occurs in cancer.

Now, researchers in the Genomics and Epigenetics Division of the Garvan Institute of Medical Research have reached a new understanding of the control of DNA methylation in cancer cells. Their findings, which have been published online this week in the journal Oncogene, help explain the molecular events that lead to the silencing of key tumour-suppressor genes in cancer cells – and show that the MBD2 protein, which binds to methylated DNA sequences, also plays a wide-ranging role in guiding the process of DNA methylation.

Professor Susan Clark FAA (Head, Genomics and Epigenetics Division) and Dr Clare Stirzaker co-led the research. Both are experts in the cancer-associated methylation of ‘CpG islands’ – regions of DNA that sit near many genes and help control their activity.

“What we see in normal cells,” Prof Clark says, “is that the DNA within CpG islands has very low levels of methylation. In fact, you can think of these regions as islands in a sea of methylation, because the rest of the genome in a normal cell has quite high DNA methylation levels.

“This low level of methylation of CpG islands is important, because it means the genes that the islands control stay active. These include tumour suppressor genes, which are so named because they carry out important cancer-avoiding tasks – keeping cell division under control, for instance, and repairing any mistakes introduced into the DNA sequence.”

But in cancer, the landscape of DNA methylation changes – with major impacts on cell function.

“The DNA methylation landscape in a cancer cell is entirely different to that in a normal cell,” says Professor Clark. “A remarkable switch occurs at CpG islands – which become highly methylated in cancer, effectively silencing a host of genes including tumour suppressor genes.

Notably, the opposite is true for the remainder of the genome in a cancer cell. As CpG islands become more methylated in cancer, the DNA in the surrounding ‘sea of methylation’ loses its associated methyl groups.

In an effort to understand how the pattern of DNA methylation changes in cancer, the researchers have been conducting a detailed investigation into how CpG islands go from an unmethylated state to a heavily methylated one.

“We know the switch to trigger DNA methylation has to start somewhere – and in a previous study, we showed this begins with ‘seeding’ methylation, in which a few scattered sites within the CpG island become methylated first, then pave the way for the spread of methylation across the island,” says Dr Stirzaker.

In the new study, the researchers uncovered an unexpected understanding of how DNA methylation at CpG islands progresses beyond those initial ‘seeds’.

“We’ve been looking, in particular, at the role of a methyl-binding protein called MBD2,” says Dr Stirzaker.

“In the past, MBD2 and the other proteins in the same family were well studied by our group and others, and they were thought to be just ‘readers’ of DNA methylation across the genome, because they recognised methylation sites and bound to them. Since that time, little more has been uncovered about the role of MBD2 – so it has become, in a sense, a ‘forgotten molecule’.

The researchers looked first at how DNA methylation at one particular CpG island in prostate cancer cells is affected when MBD2 is absent. They then extended their studies, taking a genome-wide approach by looking at hundreds of thousands of DNA methylation sites in the same cells.

Not only was there far less DNA methylation when MBD2 was absent, but almost half of the affected methylation sites were within CpG islands or CpG island ‘shores’ (which flank CpG islands). Together, the results indicate that MBD2 has an active role in methylating DNA in CpG islands and shores across the genome.

Finally, the researchers showed that the affected CpG islands and shores are likely to be important in cancer. They compared methylation information from the prostate cancer cell line with clinical samples of prostate cancer that they retrieved from The Cancer Genome Atlas (TCGA).

“We found that the regions in the cancer cell line that need MBD2 to trigger methylation at CpG islands are, to a large extent, the same regions that are heavily methylated in samples from prostate cancers,” says Dr Stirzaker.

“That suggests that the ‘writing’ of methylation by MBD2 is likely to be relevant to the clinical progression of cancer.

“MBD2 has really been a ‘forgotten molecule’ in recent years – so it’s important to have brought it back into the limelight with this new role in promoting DNA methylation in cancer.”