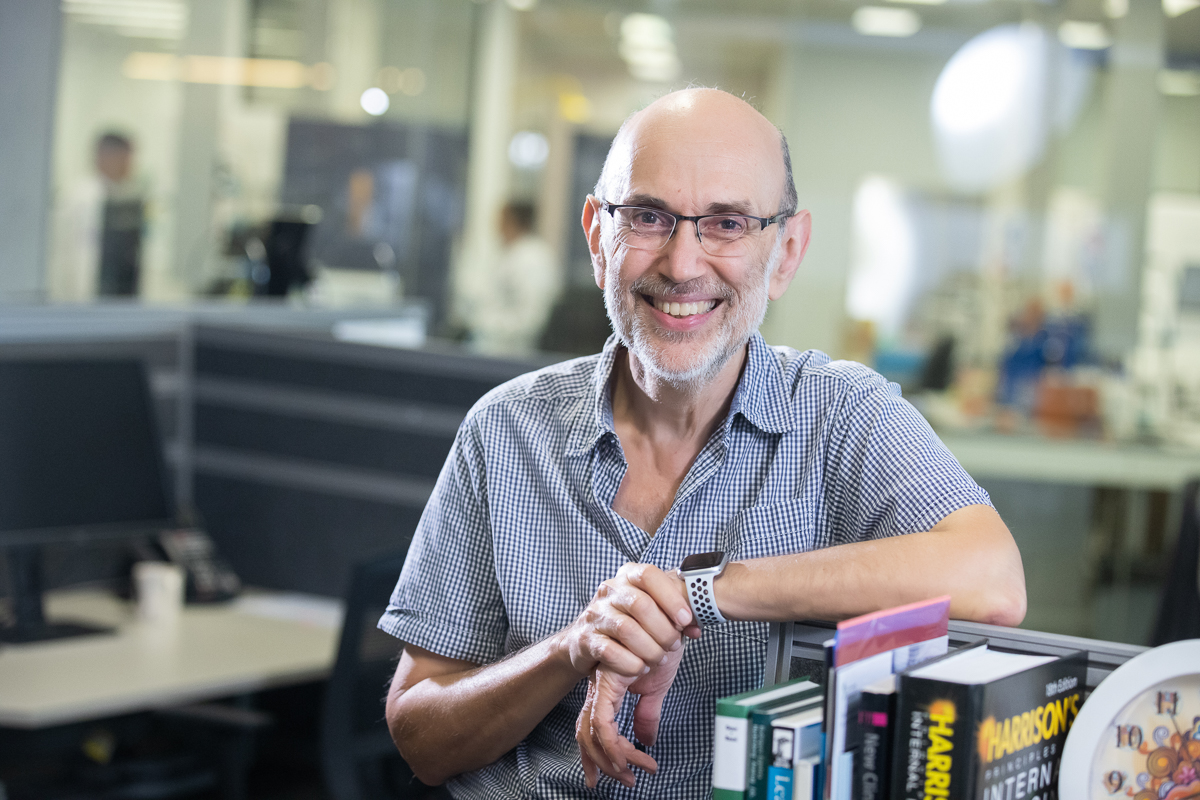 Several prominent members of the Garvan community have been recognised in the 2022 Australia Day Honours List for their outstanding efforts in science and Australian society as a whole.

Professor Leslie Burnett, Dr Helen Nugent, Laurie Sutton and Delta Goodrem were among 1040 Australians to be honoured in the list which was announced by Governor-General David Hurley on Australia Day.

"The Garvan Institute wouldn't be able to achieve its mission of delivering world-leading research if not for its community of scientists and supporters,” says Garvan Research Foundation Director Mara-Jean Tilley.

“These awards reflect the dedication, expertise and vision of those recognised in the Australia Day Honours List. We are incredibly grateful to have their ongoing support here at Garvan and are humbled by this recognition from the wider community."

Professor Burnett is the Principal Medical Geneticist and Medical Director within the Kinghorn Centre for Clinical Genomics and Genetic Pathologist at the Garvan Institute. He was awarded the AM for significant service to pathology, to medical research, and to professional societies.

He pioneered the development of a number of pathology and genetics initiatives, which are today mainstream clinical services. These include founding Australia’s first Community Genetics program, being Medical Director of Australasia’s first Whole Genome Sequencing laboratory, and developing the world’s first pre- and post-analytical quality assurance programs in pathology. He has served as Ministerial appointee, Chairman, or President of a number of National and International bodies in pathology and genetics.

Dr Nugent is a member of the Garvan Institute’s Board of Directors. Dr Nugent is a recipient of the Australian Government Centenary Medal and was made an Officer of the Order of Australia in 2004. She was promoted to Companion on Australia Day in recognition of her eminent service to people with disability through leadership of social and economic policy reform and implementation, to business, to the arts, and to the community.

Laurie Sutton – Member (AM) in the General Division

Mr Sutton has been a significant supporter of the Garvan Institute for over 30 years. He has served on the Garvan Research Foundation’s Board of Directors, kindly shared his extensive business expertise, and was recognised as a Life Governor of the Institute in 2014 for his tremendous philanthropic support. Mr Sutton is also a Visionary Donor of two centres within Garvan: the Garvan-Weizmann Centre for Cellular Genomics and the Kinghorn Cancer Centre. He was made a Member of the Order of Australia for his significant service to the not-for-profit sector and to business.

Delta Goodrem – Member (AM) in the General Division

After undergoing treatment for cancer at St Vincent’s Hospital at the age of 18, Delta Goodrem has been an ardent supporter of the precinct’s leading role in cancer. Ms Goodrem was named Patron of The Kinghorn Cancer Centre – a joint venture between Garvan and St Vincent’s Hospital – when the Centre was established in 2012 and has championed its pioneering model of care delivery and research. Ms Goodrem was a made a Member of the Order of Australia for her ongoing contributions to the nation’s not-for-profit sector and the performing arts.

“It has been a challenging couple of years and the recipients announced today are a reminder and reflection of the richness of spirit, selflessness and good in our community.

“To the individuals being celebrated today; thank you for your contribution to Australia and congratulations on being recognised by your peers and your nation.”