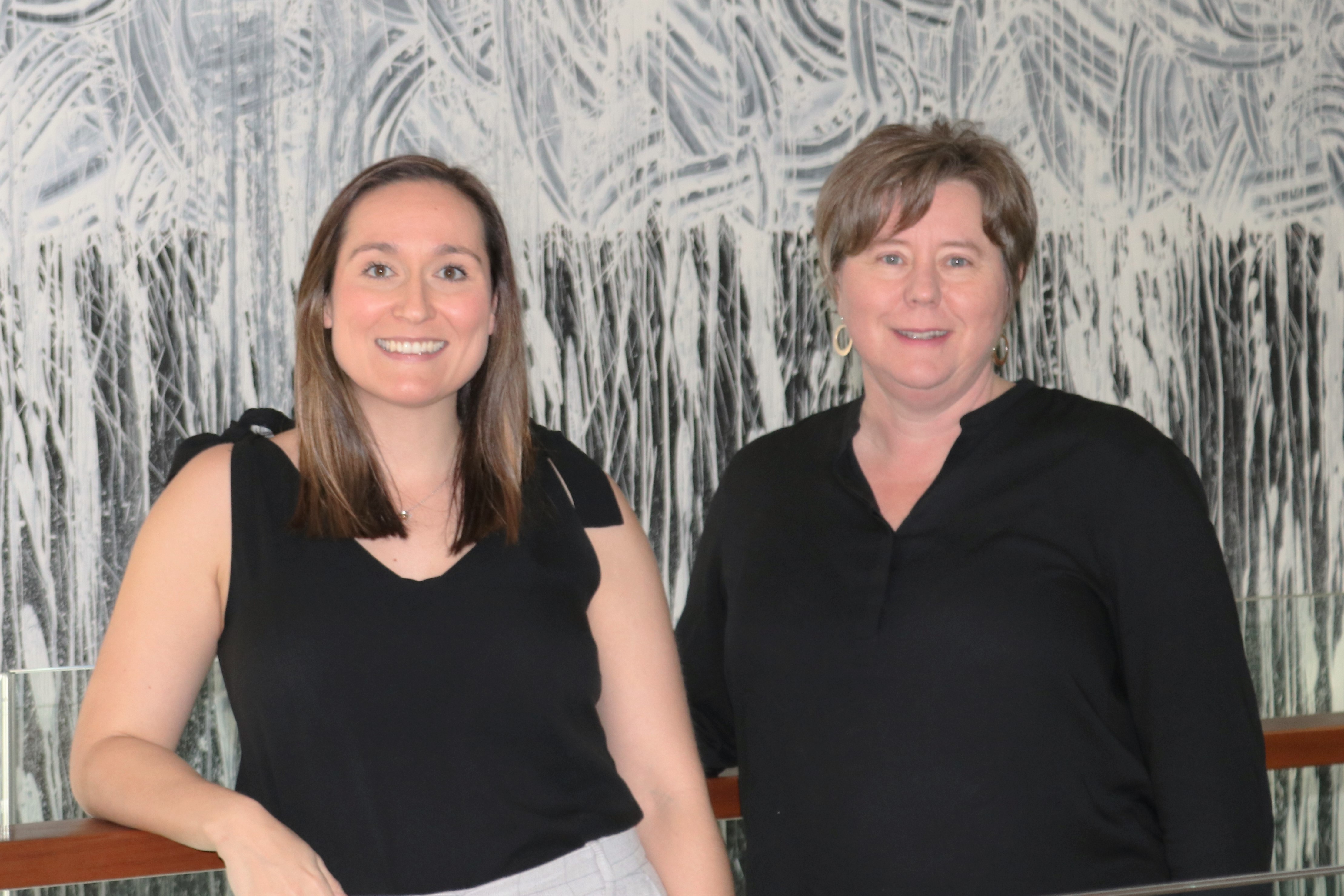 Two scientists from the Garvan Institute of Medical Research are part of a team that has been recognised as finalists in the highly competitive Eureka Prizes, for their innovative development of a new microscope slide that could help clinicians and researchers better identify disease.

Pathologists and scientists often stain biological samples with chemicals to highlight different features of a cell when under a microscope. A special coating on the new ‘NanoMslide’ instead causes light to interact differently with cancer tissue compared to healthy tissue, resulting in a striking colour contrast, which makes it easier to detect abnormal cells.

Professor Sandra O’Toole and Kate Harvey from the Tumour Progression Lab at Garvan were co-authors of a recent study published in Nature which demonstrated that biological structures and cells take on a more striking colour contrast under the microscope when the surface of conventional microscope slides is modified at the nanoscale.

Building on this research, the team, led by Professor Brian Abbey at La Trobe University, created the NanoMslide, which manipulates the interaction of light with tissue samples, so that abnormal cells, such as cancer cells, appear to have a different colour to healthy ones, making them more obvious.

Professor O’Toole and Miss Harvey helped validate the proof of principle by examining how the new slides enhance the contrast of abnormal cells in tissue samples.

“Before analysing complex human tissue, we tested how the slides worked with experimental models of breast cancer, ensuring that the NanoMslide was highlighting the targeted cellular features and performing as expected” says Miss Harvey.

“We then progressed to human breast cancer samples to further confirm that these new slides could offer clinically relevant insights. Importantly, we were able to demonstrate that these slides showed changes in cells as they progressed from pre-cancerous cells and developed into tumours,” says Professor O’Toole.

“However, more research will need to be done before these slides are in routine use in labs and clinics,” she says.

Professor Abbey said the difference between the NanoMslide and conventional slides is obvious.

The Australian Museum Eureka Prizes is a prestigious national science awards program that honours excellence across the areas of research and innovation, leadership, science engagement, and school science. The winners will be announced on Wednesday 31st August at the Australian Museum, Sydney.