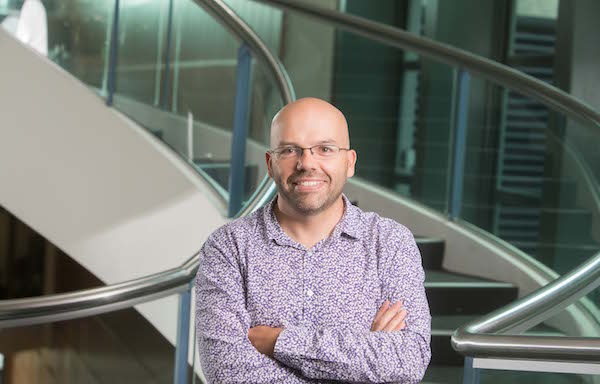 Often overlooked, people who live with uncharacterised diseases can be faced with years of pain, confusion, diagnostic uncertainty and unnecessary (sometimes expensive) treatments that seldom work. For them and their families, living without answers leaves only the frustration and anxiety of suffering in the dark - and no light at the end of the tunnel.

Shining light in the dark

In a joint effort, researchers from the Garvan Institute of Medical Research (Sydney), INSERM (Paris) and Rockefeller University (New York) have tackled the case of an obscure disorder, first identified when the team combined their insights to identify 8 individuals from around the world suffering from the same unique and mysterious disease.

The study was published in Science Immunology.

“These individuals had severe weaknesses in their body’s defences,” says Professor Stuart Tangye (Head of Immunology, Garvan), who led the Garvan-based arm of the project. “They were incredibly susceptible to fungal and bacterial infections, they presented with severe allergies, and had a poor response to vaccination – it was clear their immune system was compromised.”

Based on their symptoms, these patients appeared to fit the criteria for AD-HIES (Autosomal Dominant Hyper IgE Syndrome) – a disease in which patients suffer from deficiencies in their immune system - but it soon became clear that this wasn’t the answer.

“AD-HIES is due to a mutation in the STAT3 gene,” explains Prof Tangye, “and for an individual to be affected, one of their parents can be affected as well. When we screened these patients, they had a normal STAT3 gene, and none of the 8 patients had a parent with the disease. We could see that we had a new form of disease on our hands.”

At Rockefeller University and INSERM, Professor Jean-Laurent Casanova and his team tracked down the faulty gene at the root of this disease. Their genomic screen revealed a brand new, previously unidentified gene, now known as ZNF341.

From gene to symptom: the whole picture

For Prof Tangye, the new gene was just the beginning.

“When you find a faulty gene, it doesn’t end there – it’s actually where it all starts. To understand why this mutated ZNF341 was causing disease, we needed to figure out what this gene does normally, and how errors in ZNF341 was disrupting these patients’ ability to fight off infections and build their immunity.”

Through their functional studies, Prof Tangye and his team discovered that a faulty ZNF341 gene leads to a ‘hole’ in immune defences. Patients lack certain types of immune cells, which means they struggle to fight some infections and acquire immunity following vaccination. Also, they have an abundance of a different type of immune cell - which leads to severe allergy.

“Not only were we able to uncover the source of the disease – the mutated ZNF341 – but we were also able to find the link between the defective gene and our patients’ symptoms. Now we can give our patients the whole picture. We can tell them ‘this is what is happening to you’ and provide solid answers beyond an educated guess.”

And identifying the faulty genes behind unexplained diseases can provide more than just answers.

“Successfully treating a disease requires more than just treating the symptoms,” adds Prof Tangye. “We can only begin to treat patients effectively when we understand the cause. Finding the faulty gene raises the possibility of using tailored, gene-specific therapies to treat the disease at its core, rather than the symptoms.”

Beyond one study – hope for Australians

The 8 patients, from 6 unrelated families, with ZNF341 mutations were found across the globe, with one patient identified at the Sydney’s Children Hospital (Randwick), and recruited into the study through the Clinical Immunogenomics Research Consortium of Australia (CIRCA) - a collaborative effort spearheaded by Prof Tangye, which brings together clinicians, geneticists, genomicists and research scientists to solve the most extreme cases of immune disorders.

“We come from different backgrounds, and we pool our expertise to do the detective work for unusual phenotypes that just don’t fit in the disease boxes we already have,” says Prof Tangye. “We track down Australian patients with the most mysterious, unusual, immune disorders, and we can use all the next-generation resources at our disposal to make sense of what’s behind their condition.”

The Clinical Immunogenomics Research Consortium of Australia (CIRCA) is a collaborative effort that brings together more than 30 clinicians, geneticists and research scientists from across Australia to solve the most extreme cases of immune disorders.

This experimental work has the power to confirm which genetic variations are causative of disease, through what mechanism, and provide recommendations for gene-specific therapies.