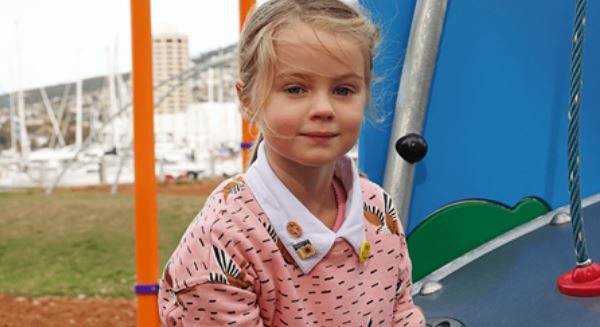 Every year in Australia, almost 800 children are diagnosed with cancer, many of them with a terminal prognosis. The Garvan Institute of Medical Research is unrelenting in its quest to understand what drives cancer in these kids.

Garvan’s researchers are passionate and tenacious. Their aim is to explore the power of genome sequencing to help crack cancer’s code and deliver better outcomes for young patients.

Such intensive and complex research requires huge amounts of time and money.

What is genome sequencing?

Put simply, your genome is all of your DNA that determines how your body functions. Your genome is unique to you. Sequencing your genome can reveal changes in your genes that can lead to diseases like cancer, and can tell doctors a lot about how best to treat a person’s cancer.

Such intensive and complex research requires huge amounts of time and money.

This is where you come in.

The Vodafone Foundation has just released a limited edition smart device Genome Power Pack with all proceeds from every sale of the handy $49 power pack going directly to Garvan to fund its mission.

Over 100 Vodafone stores across Australia are stocking the limited edition Genome Power Pack. So while you’re charging your phone, you can also help power important cancer research!

With the funds raised by Genome Power, Garvan will bring the power of genome sequencing to every Aussie kid enrolled in the Zero Childhood Cancer Program – the most ambitious childhood cancer initiative ever undertaken in Australia. Led by Children’s Cancer Institute and the Kids Cancer Centre at Sydney Children’s Hospital, Randwick, which is a part of the Sydney Children’s Hospitals Network, Zero Childhood Cancer is the first ever personalised medicine program for children with high-risk or relapsed cancer in Australia, and brings together all major Australian clinical and research centres working in childhood cancer. 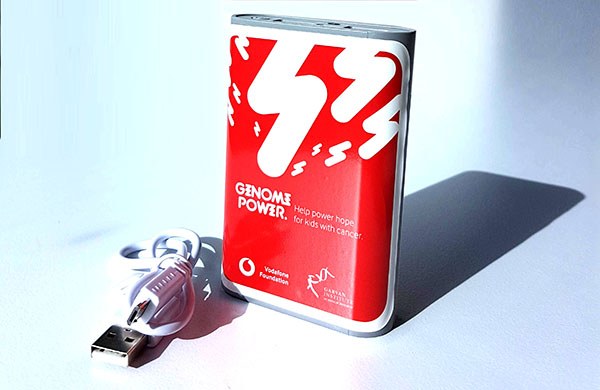 So, what is Genome Power?

The mission of Genome Power is to sequence and analyse the genomes from kids with high-risk, aggressive cancers. The information gained will then be combined with other clinical and research information from Zero Childhood Cancer partners.

Armed with this knowledge, Garvan scientists work with the Children’s Cancer Institute and the Kids Cancer Centre, Sydney Children’s Hospital to identify better targeted treatments for each child. The aim is for each child to get precision treatment that matches their tumour.

The right treatment for the right cancer at the right time. For the first time, this goal is within reach. Genome Power’s contribution to Zero Childhood Cancer is set to uncover crucial information about each child’s tumour and their risk of cancer. Combined with a wide range of other clinical and research information, this could help kids with cancer to lead a healthy, longer life.

Tony, Ava’s dad, will never forget the day she was diagnosed with cancer.

“I was up at a mate’s house when the call came through from my wife Jen – ‘Get home quick, there is something wrong with Ava.’ Ava could hardly breathe, she looked petrified and was screaming – her eyes were rolling to the back of her head.  We thought we were going to lose her,” he explained.

“What followed was a mad dash to the Emergency Department, where the doctors took charge immediately. At that stage we thought she had swallowed something, and that a quick pat on the back would reveal a foreign body and the panic would be over. This wasn’t the case.”

Doctors x-rayed Ava and found fluid on her lungs was causing them to collapse, so they sent her for a CT scan.

“At 3pm on the Saturday a bad nineteen hours turned into a nightmare. The CT scan had revealed a five-and-a-half centimetre tumour in her abdomen and chest.”

Ava was diagnosed with cancer at six months of age.

The days turned into weeks of whirlwind treatment. The young family’s normal Aussie suburban life was shaken into a traumatic cycle familiar to many cancer patients:  surgery; chemotherapy; recovery; and repeat.

Ava spent two full years in treatment, in and out of the cancer ward at Sydney Children’s Hospital, enduring eight rounds of chemotherapy, amidst three major operations. In her final round of surgery, doctors cracked open her chest to reveal that the tumour was dead – there was nothing left to treat.

Doctors gave Ava the all-clear a week before Christmas.

“We were lucky.  Other families aren’t so lucky,” commented Ava’s dad. “Genome Power is absolutely vital to drive the treatment of young people going through what Ava did, many of who currently have a much more tragic outcome.”

What else can you do?

If you don’t need a new power pack, you can also make a tax-deductible donation in select Vodafone stores via Square Reader oronline here.

Big thanks to some special partners:

The Genome Power Packs are an awesome initiative. It’s been made possible by:

Our aim – with your help – is to raise $100,000 to help supercharge Genome Power and Garvan’s amazing research.

Head into a Vodafone store today or donate online here.

For the tech-heads, here are the Genome Power Pack features:

Genome Power is an initiative of the Garvan Institute of Medical Research and the Australian Lions Childhood Cancer Research Foundation. Garvan and Lions are two of the partners of the Zero Childhood Cancer program.

Genome Power is an initiative of the Garvan Institute of Medical Research and the Australian Lions Childhood Cancer Research Foundation. Garvan and Lions are two of the partners of the Zero Childhood Cancer program.