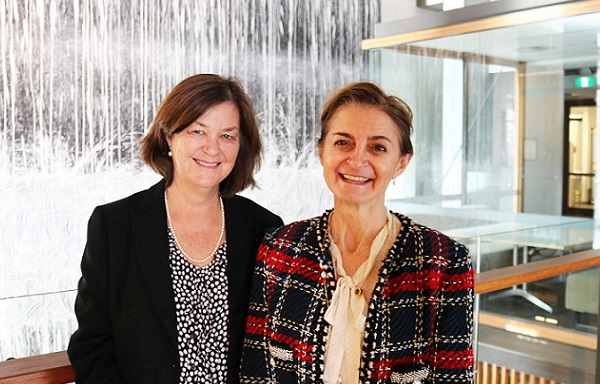 It’s not just about how much – the location of where fat is stored in the body can have significant implications for human health.

A new study compared fat cells from under the skin and from the harmful fat inside the abdomen, creating the first comprehensive genomic map that reveals unique features, which appear to ‘hard-wire’ different types of fat early in cell development.

Led by researchers from the Garvan Institute of Medical Research and the CSIRO, the findings may guide future research to uncover the drivers of harm arising from fat build-up in different parts of the body. The team’s findings are published in the journal Scientific Reports.

“Our findings tell us that a cells’ epigenome – the secondary code that controls how genes are read – can give us significant insight into how fat cells develop,” says co-senior author Professor Susan Clark, Genomics Research Director at the Garvan Institute. “The study gives us a completely new look at the underlying factors that contribute to the development of cells that can present significant health risks.”

Fat can be harmful or largely benign, depending on where in the body it is located. ‘Subcutaneous’ fat sits underneath the skin to store energy, and is generally harmless. Meanwhile, accumulation of ‘visceral’ fat, located in the abdomen, including around the liver, stomach and intestines, promotes inflammation and metabolic disturbances, and is associated with health complications such as type 2 diabetes and heart disease.

“It has been unclear why fat cells, which appear so similar, are associated with such different health outcomes,” says author Professor Katherine Samaras, Head of the Clinical Obesity, Nutrition and Adipose Biology lab at Garvan and endocrinologist at St Vincent’s Hospital Sydney. “Now we start to understand that the different fat cells are wired differently right from the start.”

In their study, the researchers isolated the fat-storing cells from visceral and subcutaneous fat biopsies from three individuals. The team compared the fat cells’ epigenomes, the chemical tags attached to DNA that control how genes are read, and their transcriptomes, the genetic output of the cell.

By creating a comprehensive genomic map, the researchers discovered a number of fundamental epigenetic differences linked to changed genetic output, between the cells in subcutaneous and visceral fat.

Further, the team discovered these differences arise early in cell development, and are likely present in the precursor cells from which fat cells arise. This finding indicates that despite the fat cells’ similar appearance, fat cells become ‘hard-wired’ early to be harmful or non-harmful.

“When compared with other cell types in the body, visceral and subcutaneous fat cells are very similar to each other in their function,” says lead author Dr Stephen Bradford. “Our analysis revealed epigenetic differences that may control different genes being turned on in subcutaneous and visceral fat cells that could contribute to their different properties and health effects.”

“This comprehensive study demonstrated that the epigenome can provide an unprecedented view into the differences of cells that seem apparently very similar,” says co-senior author Dr Peter Molloy from the CSIRO. “We believe that such analyses will provide us with further crucial insight not only into the development of fat, but also for other cell types in future.”

This research was supported by the Science and Industry Endowment Fund, the National Health and Medical Research Council and the CLEARbridge Foundation.