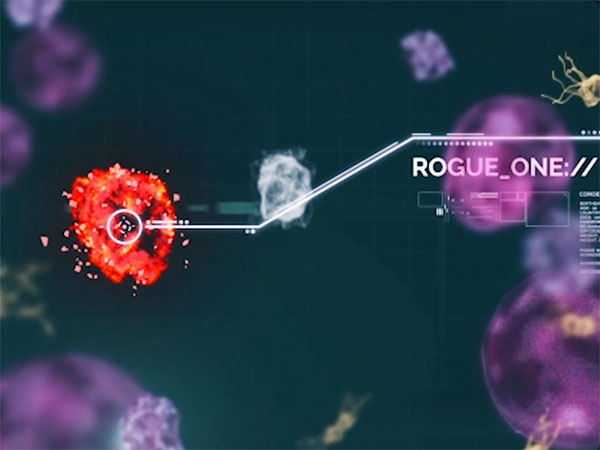 Hope Research is a flagship project of the Garvan-Weizmann Partnership.

Autoimmune disease is when then body’s own immune system becomes overactive and begins to attack itself.

Hope Research is based on a premise first proposed by Garvan’s Executive Director, Professor Chris Goodnow, more than 10 years ago – that ‘rogue’ clones cause autoimmunity. At the time, he couldn’t prove his theory because the necessary technology didn’t exist. It now does, here at Garvan.

The project will, step-by-step, tackle a significant number of autoimmune diseases while simultaneously adding more to the list. “We’ve started with some of the most common disorders, and then we’ll add more,” says Dr Dan Suan, a team leader on the study who works with Professor Goodnow. “We’re starting with the diseases where we already have a really clear idea of how to identify and isolate rogue clones.”

Dan explains that a research project this large couldn’t get off the ground without multiple funding sources. “We could not even consider embarking on this momentous task without many, many supporters.”

“We have funding from disease-specific research groups, such as Multiple Sclerosis Research Australia. We have philanthropic support from Garvan donors, many of whom have friends and family members affected by autoimmune disorders. And, we are funded by government through the National Health and Medical Research Council and other peer-reviewed funding through universities,” Dan describes.

Hope Research is not a clinical trial, Dan explains. He doesn’t want to give those suffering from autoimmune disease unrealistic expectations. “Doctors around Sydney are identifying patients who will give us the best opportunity to find rogue clones,” he says.

“This study is difficult because we need to find patients with newly diagnosed autoimmune disorders. This gives us the best chance of catching the disease‑causing rogue clones to then study in detail. Many patients have had their immune systems blasted by powerful drugs, so as a starting point we won’t be studying patients already on treatment.”

The rogue clones that cause these terrible diseases are floating around in your blood, but they’re mixed in among all the other normal cells of the immune system. Dan likens it to the proverbial needle in the haystack, “Out of a million completely normal cells, there might be five bad ones.”

However, technology has advanced to a stage that we can now find the rogues. Using our state-of-the-art equipment, the expert technicians in the Garvan‑Weizmann Centre for Cellular Genomics can single out those five cells.

“When we have isolated the cells, we can probe them for unique weaknesses and use that new information to design personalised therapies,” Dan explains. “It’s the advent of single cell genomic technologies at an acceptable cost that has finally allowed us to undertake this world-first study.”

Many diseases, one at a time

The initial proof of concept has come via the group’s study of Sjögren’s syndrome. “Sjögren’s is a disease I’ve been working on for about 10 years now,” says Dr Joanne Reed, a group leader on the study.

“Using the cutting-edge technologies in the Garvan-Weizmann Centre to look at an enormous number of parameters in a single cell, we first were able to find these cells we call rogue clones in a patient with Sjögren’s.”

From the new understanding of the underlying causes of the disease that came from this research, the team identified an immunotherapy treatment for this patient. “By comparing rogue clones to normal immune cells, we identified a molecule unique to rogue clones that could be targeted to eliminate them,” recalls Joanne.

Perhaps even more important is the potential predictive value of tracking rogue clones. “We went back to older blood samples, and could identify rogue clones even in the very early stages of disease. This indicates we could predict patients who are going to develop severe symptoms and treat far earlier, before irreparable damage has been caused,” says Joanne.

A future free from autoimmune disease

As a clinician, Dan also treats patients at Westmead Hospital in Sydney, and sees the suffering that autoimmune disease causes. “While it might not be any of my patients who benefit from our findings, it might be their children or grandchildren, and many thousands of people around the world. The true effect of what we are doing now may be seen after all our lifetimes, but, one day, it will be worth it.”