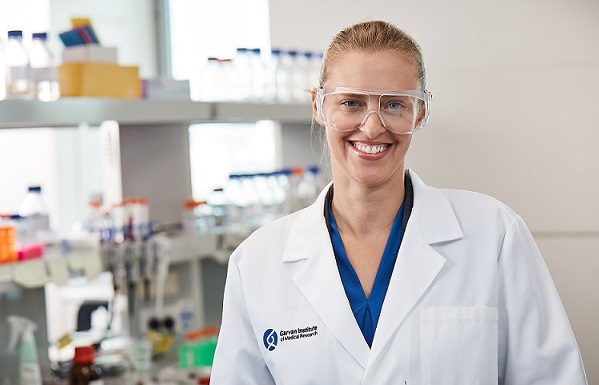 Epigenetic changes occur in the DNA of breast cancer cells that have developed a resistance to hormone therapy, an effective treatment for ER+ breast cancer, which accounts for 70% of all diagnoses.

A team led by Professor Susan Clark at the Garvan Institute of Medical Research showed that the 3D structure of DNA is ‘rewired’ in hormone resistant ER+ breast cancers, altering which genes are activated and which genes are silenced in the cells. The researchers published the findings today in the journal Nature Communications.

“For the first time, we’ve revealed crucial 3D DNA interactions that are linked to whether or not a breast cancer is sensitive to hormone therapy,” says senior author Professor Clark, who is Garvan’s Genomics and Epigenetics Research Theme Leader. “Understanding this process reveals new insights into how ER+ cancers evade hormone therapy, allowing them to grow uncontrolled.”

The sex hormone estrogen can be an inadvertent driver of cancer growth – ER+ breast cancers grow when estrogen ‘docks’ to their cells. Treatment that blocks estrogen, known as hormone therapy, is successful at stopping cancer growth and reducing relapse, however many breast cancers become resistant to the treatment over time.

“Treatment resistance is a significant health problem that leads to a third of all ER+ breast cancer patients on hormone therapy relapsing within 15 years,” says the study’s first author Dr Joanna Achinger-Kawecka.

“We are interested in epigenetic changes to DNA, the layer of instructions that organises and regulates DNA’s activity, that underpin the development of hormone resistance in breast cancer. Understanding these fundamental changes may help guide development of future treatments that either prevent resistance from developing, or reverse it once it has occurred.”

Using chromosome conformation capture, a cutting-edge technique that provides a snapshot of how DNA is arranged and interacts in three dimensions in the cell, the researchers compared different ER+ breast cancer cells that were either sensitive or resistant to hormone treatment.

“Between breast cancer cells that were still sensitive to hormone treatment and those that had developed resistance, we saw significant changes in 3D interactions of DNA regions that control gene activation. Including at genes that control the estrogen receptor levels in the cells,” says Dr Achinger-Kawecka.

“Further, we found that this 3D ‘rewiring’ occurred at DNA regions that were methylated, which is an epigenetic change that the team has already linked to hormone resistance.”

The researchers say that the altered DNA methylation at critical regulatory regions may explain how the 3D structure of DNA is rewired as a cancer cell develops hormone resistance, allowing the cancer to better evade treatment.

“Cancer cells are always trying to outsmart therapy and it only takes one cell to evolve a different way to bypass a drug to cause a relapse in cancer,” says Professor Clark. “Our study shows us just how much impact a change in the epigenome can have on cancer cell behaviour.”

The researchers say the next step is to investigate whether epigenetic changes could be reversed to stop hormone resistance, using existing drugs that are already in clinical trials for other cancers, including lung and colorectal cancer.

“Once ER+ breast cancer patients become resistant to hormone therapy, it is more difficult to treat,” says Professor Clark. “We hope our research will help lead to combination treatments that allow women to take hormone therapy for longer, giving them better clinical outcomes.”

This research was supported by the Kay Stubbs Cancer Council NSW, the Stand Up to Cancer – VARI Epigenetics Dream Team, the National Health and Medical Research Council and the National Breast Cancer Foundation.