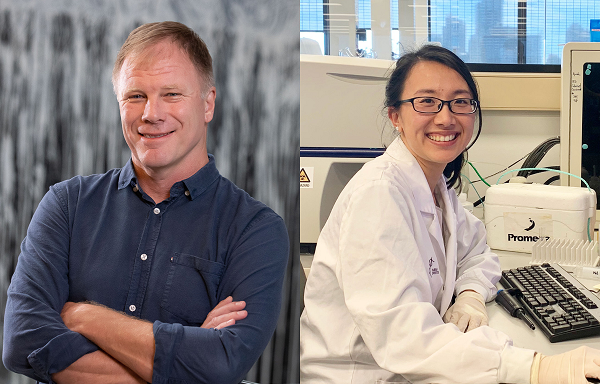 Researchers have uncovered how antibodies that are specialised to different immune ‘disposal systems’ become the dominant form in the bloodstream, a process which is critical to our immune system’s ability to destroy pathogens and a key objective for the development of effective vaccines.

Findings led by the Garvan Institute of Medical Research have revealed this new form of antibody selection happens in germinal centres – the body’s ‘antibody tuning centres’ located in lymphoid organs such as the lymph nodes, spleen and tonsils.

“This new mode of selection is based on the antibody’s constant region, which is responsible for recruiting immune systems that can dispose of foreign antigens. Interestingly, we discovered that this process happens in parallel with affinity selection,” says Professor Rob Brink, Head of the B Cell Biology Lab at Garvan and senior author of the paper published in Immunity.

“Our findings have solved a long-standing paradox and provided an entirely new perspective of how the germinal centre shapes our immune response.”

Antibodies have both ‘variable’ and ‘constant’ regions that allow them to provide immune protection against a foreign threat, such as a viral infection. Via their variable region, antibodies latch on to their target, and via their constant region, they then attach to immune ‘disposal systems’ – other immune molecules and cells, such as phagocytes – that can destroy the target.

Over the course of an immune response, the B cells that produce antibodies mature – they ‘switch’ their constant region from the ‘IgM’ form to one of four ‘IgG’ forms, which are specialised to recruit different types of immune disposal systems.

“Over the course of an immune response, it’s crucial that IgG becomes the dominant form in the blood to effectively remove foreign antigens, but how this occurs has been unclear. We wanted to shine a light on this selection process,” says co-first author Dr Angelica Lau.

The team used experimental models to investigate the numerous processes that lead to the evolution of B cells within germinal centres.

“We found that IgM B cells dominate in germinal centres early on, but then gradually decline in numbers and frequency as the immune response matures,” says co-first author Dr Christopher Sundling, from the Karolinska Institutet, who initiated the work as a postdoc at Garvan.

“This did not occur because B cells switched their antibody constant region from IgM to IgG within the germinal centre, but because the IgM B cells were gradually removed over time.”

“This research is another piece of the puzzle in our in-depth understanding of the processes that occur in the germinal centre. It will underpin the design of experimental models of immune disease that will help us develop new therapeutic approaches in future.”

This research was supported by Australia’s National Health and Medical Research Council and Mr & Mrs John and Megan Wade.