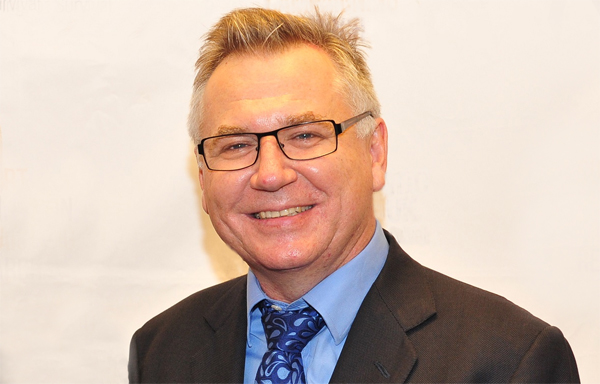 Scientists from Australia and the UK have done the most in-depth analysis yet of 100 pancreatic cancer genomes and highlighted 4 subtypes that may help guide future patient treatment. The study is published in Nature today.

Using whole genome sequencing, the team revealed broad patterns of ‘structural variation’, or change, previously invisible when it was feasible to sequence only protein-coding genes (around 2% of the genome).

Just as satellite images allow us to see the Earth as a whole, and zoom into the detail when we choose, whole genome sequencing allows us to view global and local DNA damage equally effectively.

Like landmasses or ice shelves, entire chromosomes can shatter and rearrange themselves. Slabs of DNA can break away from one chromosome and join another. Genes can be inverted, deleted or multiplied.

With the benefit of a global view, four kinds of genomic rearrangement were detected in the new study, including ‘stable’, ‘locally rearranged’, ‘scattered’ and ‘unstable’1. In some cases – notably ‘unstable’ genomes, which show defective DNA repair mechanisms – effective treatments suggested themselves.

Professors Andrew Biankin and Sean Grimmond, laboratory heads at Sydney’s Garvan Institute of Medical Research and the University of Queensland's Institute for Molecular Bioscience (IMB) respectively, led the study, arising out of a much larger ongoing project2. Both are now based at the Wolfson Wohl Cancer Research Centre, part of the University of Glasgow in Scotland. They collaborated with bioinformatician Dr Nicola Waddell from IMB, who interpreted the sequencing results.

A prior study by the same group, which examined only the ‘exomes’ – protein-coding genes – within the same cohort of 100 patients, showed a complex mutational landscape, as well as enormous heterogeneity among the tumours. Thousands of mutated genes were present, and “a long tail of infrequently mutated genes dominated”, said Professor Biankin.

“The bottom line is that we really have to start thinking about moving to whole genome sequencing as a diagnostic imperative.

“The patients in our cohort gave their consent preoperatively – and we have been able to track their progress, comparing their survival with the various treatments they were given.

“Doing whole genome sequencing gave us a much clearer picture than we had before. We were able to reflect our analysis onto the patients, and started to see better association between readouts, therapies, and outcomes.

“Many different kinds of catastrophic event can happen in a cancer genome. They can be described broadly and generically, like geographical events – such as ‘volcano’, ‘earthquake’ or ‘storm’. You will never witness two identical volcanoes, or two identical earthquakes – but there is enough similarity to group them.

“When you sequence a genome, you can tell whether a volcano, earthquake or local storm has taken place – metaphorically speaking, of course.”

“When you only sequence exomes, you might see a fallen tree, but you will not know whether it has fallen as the result of an earthquake, a storm, or other unknown factor.”

A promising lead to come out of this study was the suggestion that patients with ‘unstable’ genomes tend to respond well to platinum-based drugs, which damage DNA or, potentially, to the newer PARP inhibitors, which prevent cells from repairing DNA.

“If you induce even more damage than that, the cell won’t be able to repair itself in the way a normal cell can, and it will die. That’s the idea of DNA damaging agents in cancer.”

Professor Biankin plans to conduct a clinical trial in the UK for patients with pancreatic cancer, a trial with a “number of arms”.

“So for example, if we’re using a novel immunotherapy, and we don’t yet have a biomarker, we’ll give it to all patients, and we’ll test their genomes to see which ones respond and which don’t.

“We’ll also have the various genome subtypes that have come out of this study - where in some cases we can see that mutation corresponds to a particular drug target. We’ll select those patient groups and test the targeted therapy we believe should work.”

“We really need to do smaller studies, looking for more significant effects – and if we fail, we fail quickly and cheaply, and accept a certain level of risk.”

Pancreatic cancer has a median survival of 6 months and a 5-year survival that remains less than 5%. There is an urgent need to find a better way of selecting patients for current therapies and to develop new therapeutic strategies.

1. The term ‘structural variation’ is used to describe many different kinds of disruptions to the genome, ranging from mutations within a single gene to massive rearrangements of whole chromosomes, large enough to be seen through an optical microscope. It was possible to group this cohort of patients into the following broad categories:

‘Locally rearranged’ genomes (30%) exhibited a significant ‘event’ on one or two chromosomes. This group could be further subdivided into those with regions of genetic amplification (frequently containing known cancer causing genes) and those with complex genomic rearrangements (sometimes as a result of chromosomal shattering).

2. The new study arises out of the International Cancer Genome Consortium (ICGC) project, which began in 2009, and which set out to investigate the world’s 50 deadliest cancers.

The Australian arm of ICGC Australian Pancreatic Genome Initiative (APGI) investigates pancreatic cancer and is co-led by Professors Biankin and Grimmond. APGI organised the collection of tumour samples and the taking of patient histories. It aims to catalogue all the genetic changes in pancreatic cancer by analysing the biological material from patients diagnosed with pancreatic cancer.

The APGI brings together the expertise of pancreatic cancer scientists and healthcare professionals across Australia, and is dedicated to improving outcomes for pancreatic cancer patients and their families.   This work is supported by the National Health and Medical Research Council of Australia (NHMRC), Cancer Council NSW, the Cancer Institute NSW, Queensland Government (NIRAP); Institute of Molecular Bioscience at the University of Queensland; the Avner Nahmani Pancreatic Cancer Foundation, and Jane Hemstritch in memory of Philip Hemstritch.