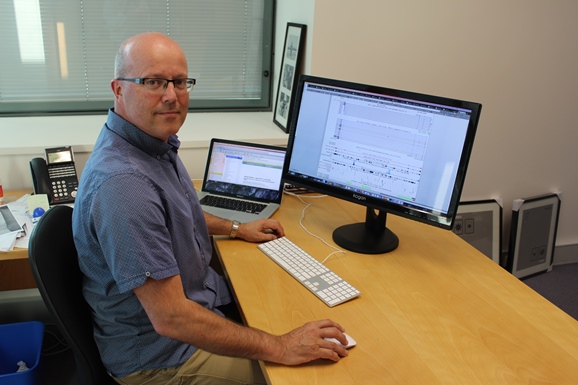 Researchers at the Garvan Institute of Medical Research, Neuroscience Research Australia (NeuRA) and UNSW Australia is embarking on a collaborative project to sequence the genomes of individuals in families living with bipolar disorder. In doing so, they anticipate identifying some of the complex genetic factors that underlie the disease. The project is supported by the NAB Community Foundation.

Bipolar disorder, which is characterised by episodes of mania and depression, is a debilitating disease that requires lifelong treatment. Bipolar disorder runs in families, so researchers know that genetics must contribute to the disease – but it has been very challenging to identify the specific genetic signatures involved.

The project will draw on Garvan’s considerable expertise in genome sequencing and analysis. Garvan is home to the Kinghorn Centre for Clinical Genomics (KCCG), which is the largest sequencing centre in the southern hemisphere. Genomic data from the project will also be contributed to the Bipolar Sequencing Consortium, which pools data from studies worldwide to enable further insights into the pathogenesis of bipolar disorder and related psychiatric conditions.

Collaborators Professor Peter Schofield and Dr Jan Fullerton at NeuRA and Professor Philip Mitchell, who heads the School of Psychiatry at UNSW Australia, identified the family members whose genomes will be sequenced. They have a strong track record of research and gene discovery in bipolar disorder.

A/Prof Cooper says, “This project is very much a close collaborative effort between Garvan, NeuRA and UNSW. Prof Schofield, Dr Fullerton and Prof Mitchell have meticulously established large cohorts of individuals with bipolar disorder and their family members, making it possible to select family groups whose genome sequences are likely to yield answers about the disorder.

“Whole genome sequencing is a powerful approach to finding disease-causing mutations, so we expect to identify a number of bipolar-associated mutations in this study. This genomic information will be critical to identify the molecular basis of bipolar disorder – and we hope that it will ultimately lead to targeted therapies for its treatment.”