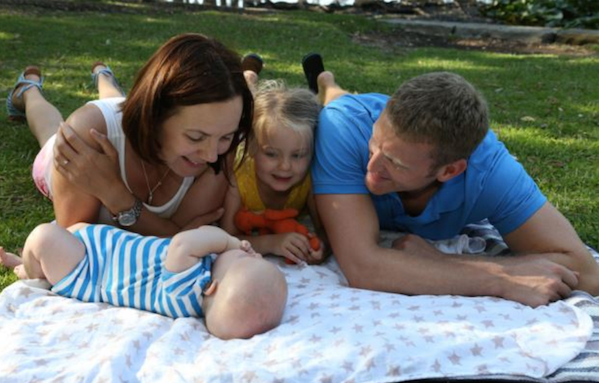 The Project, which was announced today at the Lions Australia 2016 National Convention in Echuca, Victoria, is supported by the Lions Club International Foundation (LCIF) and by the Australian Lions Childhood Cancer Research Foundation (ALCCRF). Together, the two organisations are contributing AU$3.2 million – one of the largest single philanthropic gifts for children’s cancer in Australia – with a commitment from ALCCRF to raise an additional AU$0.8 million over the next three years.

In its first three years, the Project will provide whole genome sequencing and analysis for 400 children with high-risk cancer in Australia who will be enrolled in the Zero Childhood Cancer Program – one of the most detailed genetic and biological analyses of a child’s cancer globally to date. Whole genome sequencing will take place following diagnosis or relapse of cancers with the poorest prognoses, such as brain tumours.

Whole genome sequencing looks at the entire genome and its 20,000+ genes in order to define the genetic changes associated with a given cancer. This makes it possible to develop personalised cancer treatment by integrating this genetic information with other biological and clinical data.

In addition, the study will identify genetic changes in each child’s DNA that might predispose to cancer, helping to build up a database of genetic risk factors that could assist with prevention and treatment strategies in the future. Genome sequencing and analysis for the Project will be carried out at Garvan’s Kinghorn Centre for Clinical Genomics (KCCG), which is the largest genome sequencing facility in the southern hemisphere.

Barry Palmer AM (past International President (PIP) of Lions International and LCIF), a long-time advocate for research to improve outcomes for children with cancer, announced the funding.

PIP Palmer says, “I am delighted that LCIF and Lions Clubs internationally have taken a strategic step towards developing a genome database which will benefit clinicians and researchers who work tirelessly to help children with childhood cancers.

“Lions are renowned worldwide for their service to the community. This project is another wonderful example of how we Lions are making a difference by helping create a brighter future for young people who deservedly need our help to have a better chance at a healthy life as they are growing up.”

Professor John Mattick AO FAA, Executive Director of the Garvan Institute of Medical Research, has worked closely with the Lions Clubs of Australia in developing the Kids Cancer Genome Project.

“This project has the potential to help kids and their families, not only in Australia but also around the world, and shows once again the extraordinary vision and generosity of the international Lions community,” Prof Mattick says.

Professor Glenn Marshall AM, Director of the Kids Cancer Centre at Sydney Children’s Hospital, Randwick and Clinical Lead for the Zero Childhood Cancer Program, says, “This funding provides the hope that we can better individualise treatment to fight cancer in children at high risk of relapse. It is an honour to stand with Lions Australia in advocating for our youngest Australian citizens.”

“This is a very exciting initiative that will revolutionise the way in which treatment decisions about childhood cancer will be made,” says Children’s Cancer Institute’s Executive Director Professor Michelle Haber AM. “The global Lions community’s extraordinary contribution will enable us to provide new knowledge and hope for improved outcomes for children with the most challenging forms of cancer.”

The project will roll out through the Zero Childhood Cancer Program to children’s hospitals across the country in 2017, and is ultimately intended to be implemented internationally, in accordance with the Lions’ ethos that “Every child deserves a chance at a healthy life”.

PIP Palmer says, “Lions will be focussed on making this project a success for all concerned but especially those children we want to see benefit from this project. It’s early days, but if successful in Australia this pilot project could well provide a mechanism for many other countries to join us in our fight to eradicate deaths from childhood cancer – so that one day 100% survival for children with cancers becomes a reality.”

The problem of childhood cancer in Australia

Cancer is the most common cause of disease related death in Australian children. Every year, more than 950 children and adolescents are diagnosed with cancers, and nearly three will die from cancer every week. While 60 years ago cancer was a death sentence, and today 8 out of 10 children survive thanks to medical research, some cure rates for many childhood cancers have not improved significantly over this time. Additionally, at any one time in Australia, over 2000 children, adolescents and young adults are on active treatment for cancer, or at risk of relapse – and in most cases, the treatments used are general, non-targeted, cytotoxic drugs that are highly toxic to normal and cancer tissues alike. The side effects from their treatment can be serious and lifelong.

The Lions Clubs of Australia have a decades-long history in supporting research in childhood cancer. In 2009, the Clubs formed the Australian Lions Childrens Cancer Research Foundation (ALCCRF) to focus the efforts of Lions Australia’s 1400 clubs into one foundation with the vision of achieving 100% survival for kids with cancer. ALCCRF has developed an ethos of ‘donors without borders’ – an approach to bringing together diverse individuals, institutions and states to unite behind a common goal of eliminating deaths from childhood cancer.

Your genome is the entire complement of genetic information contained within the DNA in your cells. Your genome is a combination of genetic material you have inherited from your parents, totaling more than six thousand million DNA units or bases.

The genome of a cancer cell contains changes to DNA sequence and structure. Whole genome sequencing can be used to compare the genome of a tumour cell with that of healthy tissue within an individual. Clinicians can use this genomic information to guide the use of existing treatments or to focus on more targeted treatments.

What is whole genome sequencing?

Whole genome sequencing is a laboratory technique used to determine the order of the DNA bases across the entire genome — including all of our 20,000+ genes and the regions between them.

About the Kinghorn Centre for Clinical Genomics (KCCG)

KCCG was established by Garvan in 2012 to advance the use of genomic information in patient care. KCCG was among the first sites in the world – and the first on the southern hemisphere – to acquire the Illumina HiSeq X Ten sequencing platform, which is capable of sequencing up to 18,000 whole human genomes per year. KCCG is currently undergoing assessment for clinical accreditation (ISO15189) to allow the laboratory to receive patient samples and return interpreted genomic data for diagnostic purposes to clinicians.

The Zero Childhood Cancer Program is a national initiative of Children’s Cancer Institute and The Sydney Children’s Hospitals Network. The Program is led by scientists and clinicians from Children’s Cancer Institute and Sydney Children’s Hospital, Randwick and is one of the most exciting childhood cancer research initiatives ever undertaken in Australia, to tackle the most serious cases of infant, childhood and adolescent cancer. http://www.zerochildhoodcancer.org.au/

Children’s Cancer Institute is the only independent medical research organisation in Australia dedicated 100% to childhood cancer research, existing solely to cure childhood cancer and improve the quality of life for survivors. The Institute was originally known as The Children's Leukaemia and Cancer Foundation and was established in May 1976 by a dedicated group of parents and doctors of children with cancer. Children's Cancer Institute opened its own research laboratories in 1984 and has since grown to employ nearly 200 staff and students, establishing a national and international reputation for scientific excellence. http://ccia.org.au/

The Kids Cancer Centre (KCC) at Sydney Children’s Hospital, Randwick has been treating children with cancer and blood diseases in NSW, Australia and the Asia-Pacific region for nearly 50 years. Almost two thirds of children treated for cancer or leukaemia at the Centre are enrolled on clinical trials, in a unique model where research and clinical care are one, aimed at ensuring the best possible care for children and their families. During that time the survival rates for children with cancer have gone from 10 per cent to nearly 80 per cent. Clinical and research staff from the Centre have made major international and national contributions to the expansion of knowledge in the area: from important discoveries around bone marrow transplantation, chemotherapy for relapsed solid tumours and leukaemia, to the invention of novel anti-cancer drug combinations and minimal residual disease (MRD) testing in ALL. Centre staff have been leaders in devising new methods of outreach and home nursing, and in developing modern approaches to the bereaved family. These achievements have been founded on academic excellence and clinical expertise. In the past five years alone, Centre staff have published over 100 papers in peer-reviewed medical and scientific journals, and have been awarded more than $40 million in competitive grant funding. Over the past 20 years a total of eight clinical staff have received Order of Australia honours for their work.