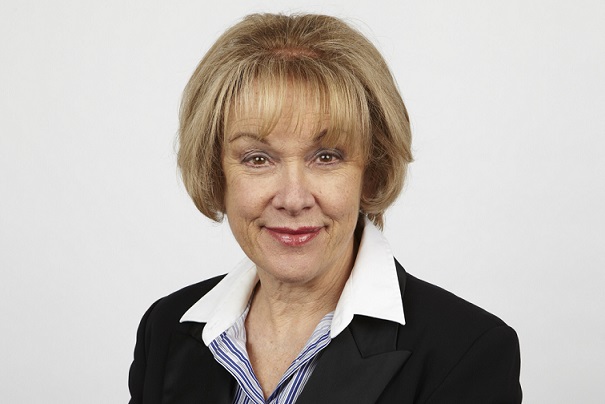 For her influential findings and career-long dedication to the prevention and treatment of diabetes, Prof Lesley Campbell AM has been named the joint 2020 recipient of the Australian Diabetes Society Lifetime Achievement Award.

Professor Campbell AM co-leads the Clinical Diabetes, Appetite and Metabolism Lab at the Garvan Institute of Medical Research and was a senior endocrinologist at St Vincent’s Hospital Sydney.

The prestigious Australian Diabetes Society award honours an individual who has made a lasting contribution to the education, clinical practice or research of diabetes, and who has exhibited outstanding leadership and mentorship in the field.

Since joining Garvan in 1979, Professor Campbell AM has published more than 250 scientific papers and has made major discoveries in the areas of obesity and insulin resistance. Her findings have benefited thousands of patients with diabetes and related metabolic disorders.

As both clinician and researcher, Prof Campbell AM has been patient-focused in the pursuit of her scientific achievements.

She initially worked with Professor Ted Kraegen AO to develop a world-first artificial pancreas that could be used to experimentally study type 1 diabetes. She was also the first to describe the use of low dose insulin infusions for the treatment of diabetic ketoacidosis, a serious complication of type 1 diabetes.

Since then, Professor Campbell AM has led research studies of healthy relatives of individuals with type 2 diabetes and revealed genetic variation that may point to potential preventative strategies.

She also made critical contributions to nutrition research. In the early 1990s, a time when low-fat diets were encouraged, Professor Campbell AM was one of the first researchers to demonstrate the health benefits of a diet high in monounsaturated fats in people with type 2 diabetes.

Further than the physiological mechanisms, Professor Campbell AM has studied the psychological impacts of diabetes (diabetes distress and depression) and works with the St Vincent’s Hospital Sydney Psychiatry Department to investigate new strategies to prevent these disorders. She also continues her research of how the genetic predisposition to diabetes and an individual’s environment influence disease outcome.

Notably, Professor Campbell’s work has reached beyond diabetes. Her research has led her to investigate patients with Prader-Willi Syndrome, a genetic disorder associated with an insatiable appetite leading to obesity, behavioural problems and intellectual disability. Based on her findings, Professor Campbell AM suggested a treatment for the disorder, which is now undergoing randomised trials in the US.

An advocate for reducing the stigma around obesity, Professor Campbell AM has been focused on finding more effective ways to medically help people achieve good health.

“Lesley has not only provided medical care at the highest level, but she has been able to delve into the social and personal lives of her patients to determine the non-medical drivers of disease and potential nonadherence with advice. She has had a large following of patients, many of whom she has looked after for decades,” says Professor Jerry Greenfield, who co-leads the Clinical Diabetes, Appetite and Metabolism Lab at Garvan with Professor Campbell AM.

“Whilst we have all benefited from our associations with her, it is her patients who have gained the most.”