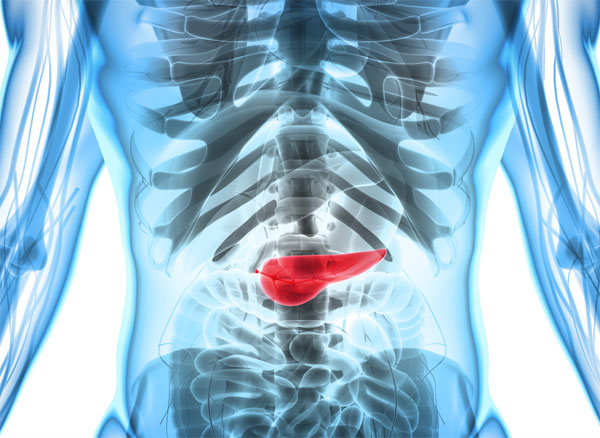 Researchers have now shown that in people who survive pancreatic cancer in the long term, the immune system sees the tumour as a kind of infectious disease – prompting it to attack and destroy cancer cells.

The clinical findings, which are published today in Nature, were uncovered by an international research team led by Dr Vinod Balachandran and colleagues at the Memorial Sloan Kettering Cancer Center (New York). Over 150 Australian pancreatic cancer patients contributed clinical and genomic information to the study, through the Australian Pancreatic Cancer Genome Initiative (APGI) – which is among the world’s largest cohorts of long term pancreatic cancer survivors.

For most people diagnosed with pancreatic cancer, survival is measured in months rather than years. The cancer has a 5-year survival rate of just 7% – but a select few do survive for many years, and even decades. The research team set out to uncover how these people, and their cancers, differ from others.

The researchers looked first at genome sequences of hundreds of pancreatic cancers from people in the USA and Australia, including both long-term survivors and those with a shorter survival time. As they expected, they uncovered large numbers of DNA changes within genes in the cancer cells – and the pattern of changes was unique to each person’s tumour.

The researchers next used sophisticated computational analysis to predict how the DNA changes in each tumour would alter the proteins produced by its cells – and in particular, to predict which protein fragments (peptides known as neoantigens) might be ‘displayed’ on the surface of the cells in each tumour.

Remarkably, they showed that the tumours of long-term pancreatic cancer survivors display peptides that are highly similar to those displayed by bacteria and viruses. Thus, they reasoned, the immune system sees these cancers as a kind of infectious disease, and so attacks the cancer cells. The immune cells in long-term survivors continued to recognise these peptides many years after the cancers were treated – helping to explain why the cancers have not returned.

In contrast, in those people who were not long-term survivors, cancer cells did not display infectious disease-like peptides.

“Very often, we researchers study cancer in people who are currently battling this disease – but in this study, we’re turning that on its head, and we’re looking instead at those people who are doing very well indeed, years after their pancreatic cancer diagnosis.

“And because of Australia’s long-term investment in the APGI – which is an incredibly rich and detailed clinical and genomic resource of hundreds of pancreatic cancer patients – we’re able to go back to the tumours of these patients and to their DNA sequences, years later, and to look in detail at exactly what is different about their tumours.”

Prof Gill adds, “We were delighted to be working with our collaborators at Sloan Kettering, and to be a part of this important study. International collaborative research of this kind involving Australian patients is precisely what the APGI was set up to do.”

Amber Johns (Garvan), APGI Project Manager, says, “We’re in an immensely exciting period in cancer research, as we rapidly learn more about how our immune system faces off against cancer – and we’re seeing new and often highly effective immunotherapies becoming central to the treatment of many cancers.

“We suspected there was something unique about these patients’ tumours – and in a sense, these long-term pancreatic cancer survivors have their own ‘built-in immunotherapy’ – so their immune system is carrying out an effective program of cancer destruction.

Dr. Balachandran and the team of researchers, including APGI, are now working to determine how they might use these insights in clinical trials for pancreatic cancer patients, using vaccines in combination with other immunotherapies to stimulate the immune system to attack cancer.

The Garvan Institute of Medical Research is one of Australia's largest medical research institutions and is at the forefront of next-generation genomic sequencing in Australia. Garvan’s main research areas are: cancer, diabetes and metabolism, genomics and epigenetics, immunology and inflammation, osteoporosis and bone biology, and neuroscience. Garvan’s mission is to make significant contributions to medical science that will change the directions of science and medicine and have major impacts on human health. www.garvan.org.au