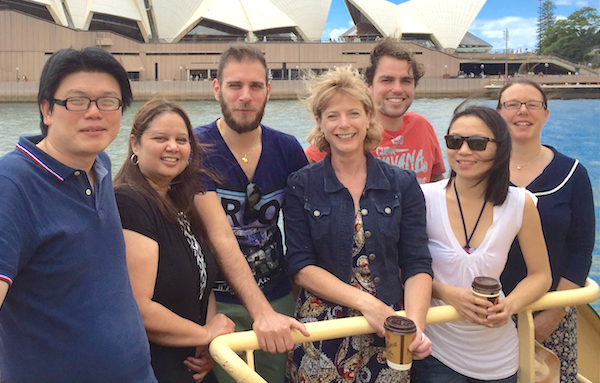 The study, a world first in comprehensive next-generation ‘mapping’ of an entire prostate cancer genome, was performed using the Irys® System from Bionano Genomics, Inc.

It uncovered ten times more large-scale DNA rearrangements than have previously been detected in prostate cancer.  Large-scale rearrangements can include relocation of long stretches of DNA from one part of the genome to another, as well as deletions or insertions of DNA sequence at particular sites in the genome.

Prof Hayes says, “Although we’ve been researching prostate cancer for many years, very little is understood about what drives these tumours.

“One of the biggest clinical challenges is distinguishing which cancers are going to spread and become life-threatening, and which patients could be spared harsh treatment they might not need. To have any hope of targeting treatment in this way, we first need to understand the genetic drivers of each individual tumour.

“From previous genome sequencing studies we know that prostate cancer has very few small genetic changes, but rather, is more likely driven by large complex rearrangements of DNA within the genome. This is different to most cancers, which are driven by small DNA mutations in a number of key genes,

“Until now, we had no way of observing these DNA rearrangements or structural variants in prostate cancer.”

The researchers used next-generation mapping technology in tandem with whole genome sequencing to uncover the most complete picture to date of the prostate cancer genomic landscape.

They studied a prostate tumour with a Gleason score of 7, the most commonly diagnosed form of prostate cancer, which is clinically highly unpredictable. They identified 85 large structural rearrangements, with over a third of these directly impacting on genes with known cancer-promoting potential.

“Several cancer-promoting genes were multiplied many times, increasing their potency, and potentially driving this prostate tumour.”

The study provides proof of principle that next-generation mapping can provide insights into prostate cancer, and has future clinical potential for determining the prognosis for an individual, diagnosing prostate cancer subtypes or selecting targeted therapies.

Prof Hayes’ team is the first in Australia to obtain next-generation mapping technology, and the first in the world to apply it to understanding an individual tumour.

“I believe that in the future this technology will complement next generation sequencing as a key to personalised medicine for prostate cancer.”

The study has just been published in the journal Oncotarget, and is available to read online.

This research was supported by the University of Sydney, The Petre Foundation, The Movember Foundation and Prostate Cancer Foundation of Australia.

This study was performed as part of the Prostate Cancer Metastasis (ProMis) program, an Australian-led international initiative.