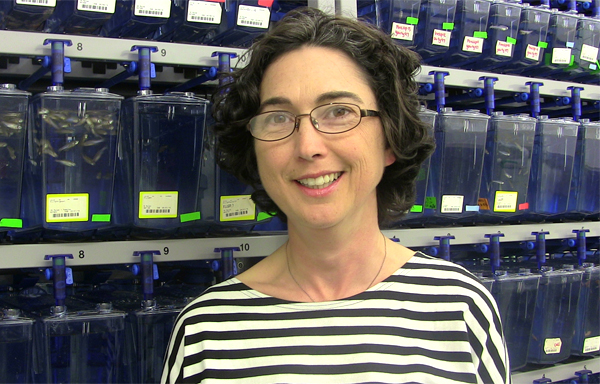 Australian scientists have uncovered a mechanism essential for forming hematopoietic stem cells, a very special group of cells in the early embryo that ultimately generate all the blood and immune cells in our bodies.

Published online today in the prestigious journal Nature, the finding moves us closer to one of the Holy Grails of modern medicine – being able to make hematopoietic stem cells in the laboratory.

A freely-available supply of these cells would be of enormous therapeutic benefit for treating a wide range of diseases, including cancers and other disorders of the blood and immune system.

Their eureka moment came when they noticed that muscle-deficient zebrafish, which have a deficit of muscle stem cells, have several times the normal population of hematopoietic stem cells.

In trying to understand this apparent link between the two stem cell populations, they identified a novel gene (meox1) that acts like a molecular switch in a compartment of the embryo known as the ‘somite’. The gene’s level of expression determines the fate of the two groups of stem cells in equal and opposite ways.

It was already known that hematopoietic stem cells form in the dorsal aorta – the earliest-forming blood vessel in the embryo – and not in the somite, and so initially the research team couldn’t understand the connection between the regions.

A process of deductive reasoning led them to identify a novel group of cells in the somite, which migrate to the adjacent dorsal aorta. Upon arrival, they send molecular signals to induce nascent hematopoietic stem cells.

“We now know that these migratory cells are essential in the formation of hematopoietic stem cells, and we have described some of the molecular processes involved,” said Dr Hollway. “This information is not the whole solution to creating them in the lab, but it will certainly help.”

“The problem we currently face is getting enough of these stem cells so we can generate any blood cell type from them. Using regenerative medicine, and in particular inducing them from embryonic stem cells, or from induced pluripotent stem cells, has been very hard to do.”

“We need to better understand the genetic factors, or signals, that are required to make a hematopoietic stem cell from a pluripotent cell. We believe that the new group of cells we’ve identified in the somite are an important piece of that puzzle.”