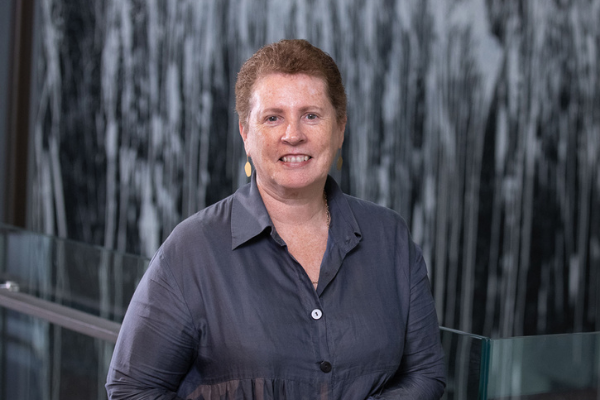 Worldwide, millions of people have signed up to research studies that investigate our genetic makeup and the genetic causes for disease.

In around 3% of people who participate in these studies, researchers will find a change in a person’s DNA that increases their risk of a disease for which management or treatment is available. These are known as ‘actionable genetic variants’.

If you carried one of these ‘actionable genetic variants’, would you want to know? Should the researchers tell you about it? How would you want that information to be given to you?

A process for giving the results back

In a recent publication, we outlined our evidence-based process, to help Australian researchers manage the return of these results – known as secondary findings. The paper received support from a leading expert in an invited commentary in the same journal.

This process will be used to return genetic findings as part of an Australian population study launching this year, just published in the Medical Journal of Australia. However, there is still significant international debate about this issue, which has made it into mainstream media in the US.

With increasing attention being paid to genetic findings in research, we thought it was time to consider what it means for Australian researchers and research participants.

When asked, research participants overwhelmingly say that they want to be offered these genetic findings. People’s reasons range from simple curiosity, to wanting the information to manage their health and to inform their family. People who receive a secondary finding also tend to cope well with the information and the potential health implications that may follow.

On the other hand, there are some people who would prefer not to know about any secondary findings and will actively decline results when they are offered. A small number of people can also require additional support after receiving a genetic result.

Researchers tend to agree that returning actionable genetic variants is a good thing to do, because it respects participants preferences and contribution, and provides useful health information. Some even feel an ethical obligation to notify their participants of secondary findings, because of the potential impact it can have on participants’ health and that of their family members.

Where do we go from here?

Overall, the matter of whether to return has largely been settled, in favour of return, and we’ve moved on to the question of how and when. Here, the debate remains intense, with a lengthy series of starkly-conflicting guidelines, protocols and commentaries published over the last few years.

The European guidelines are the most conservative, emphasising the potential harms and recommending that secondary findings should only be returned in a pilot setting with rigorous evaluation. Some have suggested that this ignores the substantial evidence that people are not harmed by receiving genetic results, whether from research or in a health setting.

In contrast, one large research program in the USA recently proposed that being told of secondary findings should be a condition of enrolment in genomic studies. This has also been critiqued as not respecting patients’ views and autonomy and potentially excluding marginalised or minority groups who are already underrepresented in genomic research.

Between these two extremes lie the Australian National Health and Medical Research Council and other research governing bodies who have not settled on a strong position. Rather, they outline the factors researchers should consider when designing their genomic study.

Here, we find some common ground, with recommendations that researchers have a clear policy about whether and how secondary findings will be returned, ensuring adequate funding is available and adherence to relevant clinical guidelines. Providing adequate support to participants receiving secondary findings, such as that provided by a genetic counsellor, has also been voiced as an important consideration.

As genetic counsellors ourselves, we also assist the researchers by helping research participants to make a decision about receiving secondary findings and supporting the participants to use the information to take action to improve their health.

Whatever decision researchers make regarding secondary findings, we believe that participants should have choice about whether or not they want to know. And, critically, that they should have appropriate support to make that decision.

So, now that you’ve had a chance to consider, would you want to know?

Participate in My Research Results