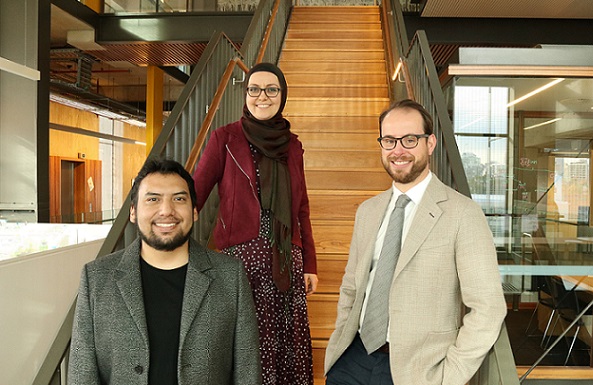 By analysing genomic data from more than 30,000 people, an international team has revealed thousands of new regulatory regions that control disease-linked genes – a resource that is now available to researchers worldwide.

The findings, co-led by the Garvan Institute of Medical Research and published today in Nature Genetics, are a significant step forward for genomics-driven precision medicine and could help identify markers that reveal which patients will benefit most from which treatment.

“In this study we have provided an entirely new view of genetic regulation by uncovering an in-depth picture of how genes and disease are linked. It is the most comprehensive analysis of how human genetic variation affects gene expression to date,” says co-senior author Associate Professor Joseph Powell, Director of the Garvan-Weizmann Centre for Cellular Genomics and Deputy Director of the UNSW Cellular Genomics Futures Institute.

“Our discovery provides researchers an entirely new perspective on their genes of interest, and will help prioritise genes that may be more relevant for therapeutic intervention. It could also lead us to better markers for tracking disease progression and the efficacy of medicines,” says co-senior author Professor Lude Franke from the University Medical Centre Groningen, Netherlands.

To study how human genetic variation affects our risk of disease, researchers often carry out genome-wide association studies, which scan the genomes of patients and look for genetic variants more commonly associated with a specific condition.

But interpreting these results is not straight forward – instead of directly driving disease, many genetic variants instead regulate the activity of genes, influencing how much of a protein is produced. By pinpointing these regulatory regions, known as expression quantitative trait loci (eQTLs), researchers are able to better understand which genes directly contribute to disease risk and which could be targeted with precision treatments.

In this study, the researchers used specialised machine learning algorithms to analyse genomic data from the blood samples of 31,684 individuals.

“Thanks to the statistical power of this large dataset, we were able to uncover new regulatory regions on the human genome,” says Associate Professor Powell. “Instead of just cataloguing the regulatory gene locations that were adjacent (known as cis-eQTLs), we were able to reveal genes that modulated the activity of more distant genes (known as trans-eQTLs).”

Out of the millions of genes they investigated, the researchers found not only that 88% had a cis-eQTL effect, but that 32% of genes also had a trans-eQTL effect further away in the genome, more than half of which they could assign to a biological impact, such as cardiovascular and immune diseases.

“While it’s clear that genetic variants are almost always a root cause of disease, the mechanism by which they influence disease is far less clear. For instance, while a specific condition may be linked to hundreds of genetic variants, the vast majority contribute to disease by regulating gene activity,” says Associate Professor Powell.

“Understanding which genes this regulation ‘converges’ on will be invaluable to identify targets for new potential medicines. If a pharmaceutical company develops a therapy that targets a certain molecule, our resource can help identify how its expression is regulated and if the genetic background of different patients is likely to impact its efficacy,” he adds. “What we’ve discovered is an entirely new level of genomic information, providing a deeper understanding of biology and disease.”

The resource is available to researchers via www.eqtlgen.org.

The Garvan-Weizmann Centre for Cellular Genomics is a world-leading research facility where state-of-the-art technologies are seamlessly integrated, including the latest platforms in flow cytometry, microfluidics, genomics, high-performance computing and bioinformatics.