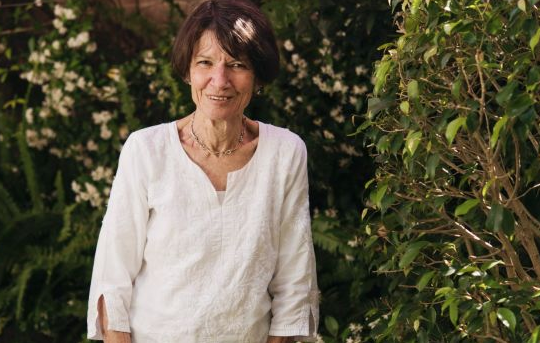 This article was written by Kate Aubusson and originally appeared in the Sydney Morning Herald on 9 November, 2017.

Ros Pesman did not expect she would be one of the lucky few who survived pancreatic cancer when she was diagnosed in 2010.

"And it is luck," said Emeritus Professor Pesman (AM). "The odds were extraordinary."

The esteemed Australian historian is among the 7 per cent of patients with pancreatic cancer who are still alive more than five years after diagnosis.

But "luck" is the name we give things we don't yet understand, Professor Pesman, 79, said.

"Through research we will come to know why I survived when so many others have died," said Professor Pesman from her home in Sydney.

A new study appears to demystify Professor Pesman's "luck", discovering a DNA quirk in long-term cancer survivors in which the protein peptides produced by their cancer cells masquerade as bacteria or viruses.

The researchers suggest that the immune system attacks these tumours, identifying them as something akin to an infectious disease.

Pancreatic cancer has one of the worst survival rates of any major cancer. Why a small group of patients live while the vast majority die was partly a mix of timely treatment; namely, surgery and chemotherapy.

Professor Pesman underwent a 10-hour surgery known as the Whipple procedure to remove the cancer – which spread to two of her lymph nodes – followed by eight months of chemotherapy, and radiation, accompanied by the gruelling side effects.

But pancreatic cancer researchers have long suspected that long-term survivors also shared some unique and unknown quality that improved their chances.

The international team of researchers led by US scientists at Memorial Sloan Kettering Cancer Center, New York, compared the exome sequences of long-term survivors with those of patients who died soon after their diagnosis.

Professor Pesman was one of more than 150 Australian pancreatic cancer patients whose genomic data was collected by the Australian Pancreatic Cancer Genome Initiative (APGI) and analysed by the study researchers.

These unique neoantigens activated the body's T-cell immune response.These immune cells still appear to mistake the cancer-derived neoantigens for bacteria or viruses years after the cancer was treated, according to the study published in Nature on Thursday.

The presence of these neoantigens predicted which patients would be long-term survivors, which suggested their immune systems were attacking them, like "built-in immunotherapy", said Professor Anthony Gill at the Garvan Institute of Medical Research, who is chair of the APGI and study collaborator.

"Traditionally, researchers spend a lot of time studying the sick patients, the patients whose cancer comes back, but in this study we've turned that on its head by looking at survivors and what's different about them," Professor Gill said.

The findings could pave the way for a range of potential treatment pathways, including a vaccine or manipulating the microbiome by introducing 'good bacteria', or better-targeted immunotherapies, but the research was still in its early stages, Professor Gill said.

Professor Pesman recently volunteered to again donate her genetic data to the APGI to further its research in the hope of helping other pancreatic cancer patients who were less lucky, but were no less deserving of survival.

Read the original article on the Sydney Morning Herald website.

The APGI’s contribution to this study was made possible by an Avner Pancreatic Cancer Foundation grant.