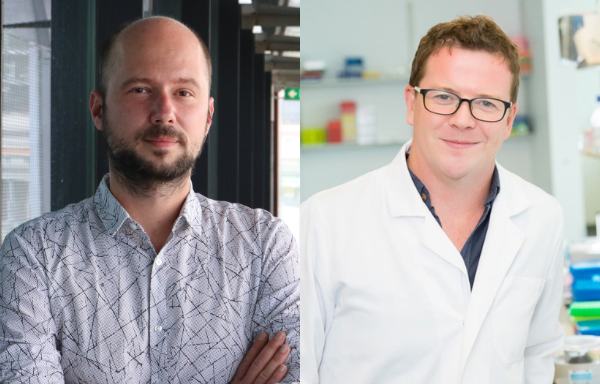 A clinical trial into pancreatic cancer treatment will explore findings from the Garvan Institute of Medical Research that suggest a new targeted treatment can make the tumours more susceptible to chemotherapy and improve patient survival rates.

The new trial led by Amplia Therapeutics, in collaboration with Professor Paul Timpson from the Invasion and Metastasis Lab at Garvan, will test whether the new drug called AMP945 can help break down the defences of pancreatic tumours.

It will focus on patients with pancreatic ductal adenocarcinoma, an aggressive form of pancreatic cancer and one of the most lethal cancers worldwide. The five-year survival rate is less than 10% and drops below 3% if the cancer has already metastasised.

“The survival rates of pancreatic ductal adenocarcinoma patients are sadly so low and have been largely unchanged for decades,” says Professor Timpson. “Our approach is a promising new clinically relevant avenue to improve on current treatments and potentially make a real difference for patients.

“By making cancer cells more sensitive to chemotherapy, we hope to improve survival rates for pancreatic cancer patients. This work is a powerful example of cutting-edge research in the laboratory collaborating with industry’s expertise in drug development and potential clinical translation,” he says.

Amplia Therapeutics is sponsoring the trial, which will run in hospitals in Sydney and Melbourne before opening to patients around Australia and then overseas. Patients can be recruited via their treating doctor and further information on how to join the trial can be found at www.ampliatx.com/ACCENT.

A new strategy for treatment

AMP945 targets a protein produced by pancreatic cancer cells called Focal Adhesion Kinase (FAK) that controls the formation of tough, fibrous tissue through a process known as fibrosis. This new approach to treating both the surrounding tissue in combination with traditional chemotherapy for the tumour has shown promising results in preclinical studies led by Professor Timpson and his team.

“We wanted to try and improve on chemotherapy by using a unique approach – targeting the environment around the tumour to make the cancer more sensitive to treatment,” says Dr David Herrmann, co-lead of the study from the Garvan’s Invasion and Metastasis Lab.

Preclinical studies in experimental models at Garvan showed AMP945 could effectively block FAK and reduce the stiffness and density of connective tissue surrounding the cancer cells called the stroma. This ‘primes’ the tumour for chemotherapy and reduces its ability to spread.

“On this softer surface the cancer cells became stalled, rendering them more sensitive to chemotherapy. Effectively, we were increasing the window of vulnerability of these cancer cells to chemotherapy, reducing both pancreatic cancer growth and spread in our models,” Dr Herrmann says.

This new approach to treating pancreatic cancer has been years in the making and would not have been possible without the combined efforts of the industry partners and research teams at a number of institutions whose work identified AMP945 as a potential new drug.

“Reaching a Phase 2 clinical trial milestone for AMP945 represents an important achievement for Australia’s medical research and biotechnology sector, signalling the translation of a novel therapy – discovered and developed by Australian scientists – into a tangible and potentially life-saving treatment for people with pancreatic cancer,” says Amplia CEO and Managing Director, Dr John Lambert.

The AMP945 Phase 2 clinical trial is now recruiting people who have been diagnosed with advanced pancreatic cancer, specifically those patients who have inoperable pancreatic cancer or whose cancer has spread to other parts of the body and have not previously been treated with chemotherapy. Patients will be initially recruited at hospitals in Melbourne and Sydney, and the trial is expected to expand to other countries as it progresses. In total, it is expected that the trial will recruit approximately 62 participants. Details about the trial, including the details of participating sites can be found at www.ampliatx.com/ACCENT