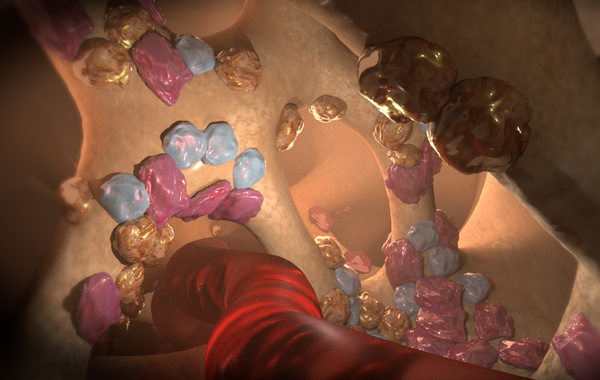 Having specific combinations of underlying health issues is a significant risk for poorer health outcomes in older adults who’ve had a fracture, a new study from the Garvan Institute of Medical Research shows.

The study was conducted on more than 300,000 Danish people aged 50 or older who had sustained a fracture. In patients with fractures closer to the centre of the body (for example, in the hip, spine, upper arm or leg), the researchers found a higher mortality rate than expected for the general population of the same age. If those people with fractures also had multiple or complex health conditions, the mortality risk was higher again.

The researchers found that certain clusters of conditions were associated with increased mortality rates, suggesting this information could be used by clinicians to highlight patients who may require more intensive medical care.

“This is an important study that could really change the way in which we provide medical treatment to older adults,” says Professor Jacqueline Center, Head of the Clinical Studies and Epidemiology lab and lead author of the study. “It can potentially be a new way of thinking about how we view people with fractures, considering the site of fracture in light of their specific underlying health conditions.”

The new study is published in the journal JAMA Network Open.

Typically, management of health conditions like osteoporosis, heart disease or diabetes is considered in terms of the individual disease. However, these new findings suggest that looking at clusters of underlying conditions could indicate someone is at high risk of poorer outcomes, over and above the risk from the condition being treated.

The researchers found chronic health conditions at the time of fracture were naturally clustered into five specific groups for men and four for women: a relatively healthier group with generally only one or no health conditions, a cardiovascular group, a diabetic group, and a cancer group with an additional liver/inflammatory group for men.

Visiting scientist Professor Emeritus Robert Blank adds, “It is not good enough to count other illnesses. Their severity and their combinations must also be taken into account. Many patients with a history of prior cancers, for example, were not in what we call the cancer cluster, but the cancer cluster included virtually all those who had evidence of advanced cancer. The same kind of sorting by severity was observed in the other clusters as well.”

Interestingly, a fracture located closer to the centre of the body, like hip, vertebrae or upper arm bones had a higher risk of mortality. By contrast, those in the healthy group who had fractures further away in the body, such as hands and forearms, had virtually no increase in mortality rate.

The presence of specific clusters of health conditions in people compounded the chance of death following these fractures, much greater than either fractures or health conditions alone. For instance, the mortality rate following hip fracture amongst men in the cancer cluster was 41% higher than similarly aged men in the general community. And diabetes in otherwise healthy people was not associated with increased mortality risk, but diabetes in combination with heart, vascular or kidney disease was.

“This research highlights that there’s an interaction between the fracture and a patient’s cluster of health conditions – their underlying health – and that this could be a good way to identify at-risk people,” says Dr Thach Tran from Garvan, first author of the study. “We can identify people who will likely fare poorly. Importantly, the findings from this research may be applicable to many disease settings in which sentinel events occur with pre-existing health disorders.”

It is not understood why the connection exists between multiple underlying conditions, the type of fracture and poor outcomes, but Professor Center thinks it could be the interaction with bone and the immune system. “Bone is not inert. When you break a bone, you get increased bone turnover and associated inflammatory factors and I suspect that in underlying diseases, this process is not well controlled and a fracture may fuel underlying health issues,” she says.

The next steps are to determine if these clusters are evident in other diseases – if they are universal – and if they can be used as a predictive tool for clinicians.