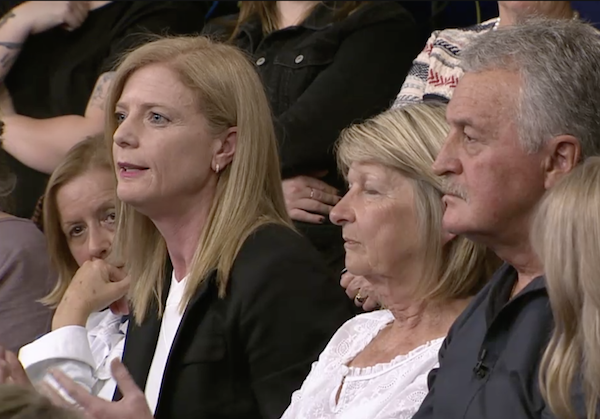 Recently, Garvan researchers have taken part in a televised discussion about unexpected findings from personal DNA testing on SBS Insight, and have contributed to the development of community resources to support individuals in their decision-making process around personal DNA testing.

The complex question of ancestry testing

This week, Professor Vanessa Hayes (Genomics and Epigenetics Division, Garvan) was a guest on SBS Insight’s “DNA Surprises” episode. The show dealt with the complex issues around ancestry testing through online companies, and particularly the unexpected information ancestry testing can uncover.

Professor Hayes, an expert in ancient ancestry, human origins in Africa and the impact of ancient DNA variation on modern human disease, shared her perspectives on the limitations of different types of testing and the contribution of genetic research to the accuracy of ancestry tests.

Professor Hayes says, “The clear value of these online tests is that they are creating public awareness and debate into the use of genomics as we enter an era of precision medicine, where one’s individual DNA profile will be used to inform one’s medical care. However, the information learned from these tests is only as accurate or informative as the data available.”

“The majority of these tests to date interrogate no more than 0.02% of our DNA code, which includes over 6 billion ‘letters’. While this is certainly sufficient to determine direct family relatedness, making further assumptions on complex ancestral structure and more importantly complex diseases, raises serious concerns.”

She adds, “In a research setting our studies require a lengthy process of ethics approval, participant consent, individual de-identification, freedom for study withdraw and highest level of data security, for the very reasons and concerns raised by participants during the SBS insight DNA Surprises.”

Garvan is proud to be a partner in Genioz (Genomics: National Insights of Australians) which was a 3-year study funded by the Australian Research Council to understand Australians’ public awareness and expectations of personal genomic tests.

The study involved a total of around 3000 Australian participants in focus groups, interviews, surveys and workshops on their views on and experiences of online DNA testing. The first component of the research has been published in the European Journal of Human Genetics, and is freely available to read online.

Ms Terrill said, “We found that Australians are taking these tests for many reasons, including general curiosity, interest in genealogy and a hope for improved healthcare.

“However, DNA is shared between family members, so unexpected test results may raise issues both for the person being tested and their family. Depending on the testing company and type of test, there are also possible issues with accuracy of test results, expectations that are not met by the test and data privacy.

“The new Genioz community resources are based on Australians’ views, and touch upon questions to consider before you take a test, misconceptions about the testing process and the tests themselves to help people make decisions. ”

Read more about the Genioz findings

The Genioz resources complement a new position statement on online DNA testing, recently released by the Human Genetics Society of Australasia (HGSA). The HGSA position statement acknowledges the ongoing impacts of these tests, and recognises the need to support members of the community to make informed decisions about whether to order a test.