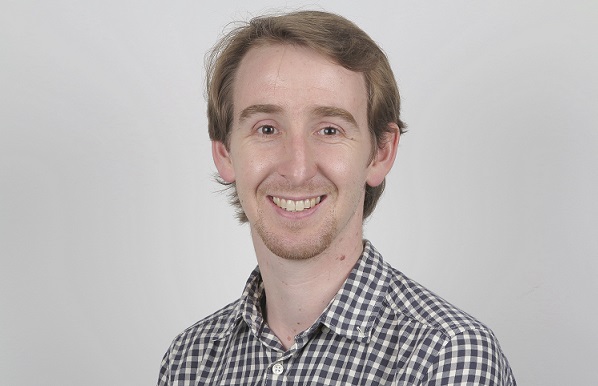 Researchers from the Garvan Institute of Medical Research have uncovered a new precision approach for treating the most common type of lung cancer, in a proof-of-principal laboratory study.

The researchers discovered that blocking a specific enzyme in some lung adenocarcinoma cells could improve the efficacy of a common existing therapy. This treatment, a platinum-based chemotherapy, has been used in the clinic for over four decades but is currently effective in less than a third of patients.

The findings, led by Dr David Croucher, are published in the journal eLife.

“There are around 150 different theories on the underlying mechanism that drives platinum-based chemotherapy resistance in lung cancer patients, however none of them have so far guided a successful combination therapy to improve chemotherapy response in the clinic,” says Dr Croucher, who heads the Network Biology Laboratory at Garvan.

“Our study has revealed a potential approach for improving a common cancer treatment. While more research is needed, we are hopeful our findings will light the way to better clinical outcomes.”

Lung cancer is the leading cause of cancer-related deaths worldwide and claims more than 1.5 million lives each year. With tumours often only diagnosed at late stages, better treatments for treating the advanced disease are urgently needed.

Platinum-based chemotherapy, which includes the drug cisplatin, has been used to treat lung cancer for more than forty years, but the majority of patients are resistant to the treatment, with only around 30% of patients responding well.

In the lab, the Garvan-led researchers investigated how different lung adenocarcinoma cells (the most common form of lung cancer) responded to cisplatin treatment. The team tracked the activity of 47 signalling molecules, which act as messengers within cells, to see how their levels changed when cisplatin was administered, over time.

“We used an experimental method in which we applied and washed away the cancer treatment, a protocol which more closely resembles the drug metabolism of the human body than other assays,” says Dr Croucher.

In cells resistant to cisplatin, the team discovered that the enzyme P70S6K was found in higher levels than in cells which were effectively targeted by the drug.

The researchers confirmed their findings when they analysed the levels of P70S6K in tumour biopsies from 52 lung adenocarcinoma patients that had received platinum-based chemotherapy. In these patients, high P70S6K levels were associated with poor survival and elevated cancer relapse.

In cell culture and mouse models, the researchers discovered that when they inhibited P70S6K with a drug, or genetically reduced the enzyme’s levels, they could sensitise resistant lung adenocarcinoma cells to cisplatin. This drug combination only worked in cells that lacked common mutations in another molecule, called p53. These findings suggest that a potential combination therapy could be effective in select individuals, which could be identified using molecular and genetic tests of their tumour.

The findings have provided crucial initial data that, after further preclinical testing, will inform the design of future precision therapy for lung adenocarcinoma.

“Our study demonstrated how understanding the activity of signalling molecules within cancer cells can lead to development of potential precision approaches for treatment,” says Dr Croucher. “We have not only revealed a new potential combination approach for treating lung adenocarcinoma, we have also uncovered a method for identifying which patients could benefit.”

“While some experimental treatments that block P70S6K already exist, more selective drugs are currently in development, which will dovetail well from our research,” he adds. “We are working towards cancer treatments that are tailored to the individual – understanding the fine detail of a patient’s own cancer is key to this kind of approach.”

This research was supported by the Cancer Institute NSW.