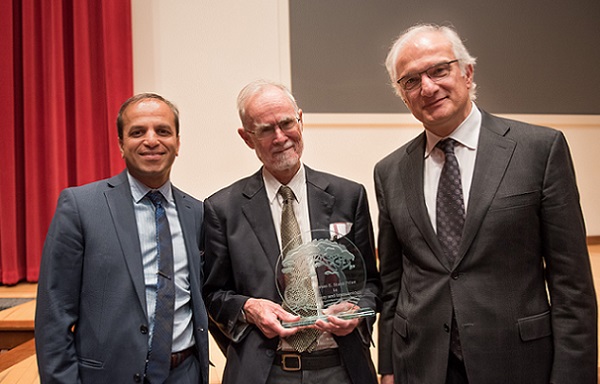 In recognition of his substantial contributions to the field of immunology, Professor Jonathan Sprent from the Garvan Institute of Medical Research has been awarded the 2018 Thomas E. Starzl Prize in Surgery & Immunology. The prize is presented annually to a ‘national or international leader in the field of organ transplantation and immunology’.

Professor Sprent accepted the award at a ceremony held at the University of Pittsburgh last night, where he presented a one-hour lecture about his research.

From bedside to lab bench

Professor Sprent became inspired to investigate the immune system whilst working in a paediatric leukaemia ward on a medical school rotation in the 1960s. At the time, drug treatments for leukaemia were just starting to be used, but with depressingly little effect in preventing mortality. “I found it upsetting and a little difficult to justify,” says Professor Sprent. “At that time I decided that I would go back to the bench and learn more about basic science.”

After graduating from medicine at the University of Queensland, his focus landed on a population of cells that had only just been discovered – ‘thymus-derived lymphocytes’, which later became better known as ‘T cells’, now known to play a fundamental role in the immune responses of the human body.

Following a PhD at the Walter and Eliza Hall Institute and postdoctoral training at the Basel Institute in Switzerland and University College London, Sprent joined the faculty of the University of Pennsylvania and, later, the Scripps Research Institute, where he became one of the leading immunologists of his generation. Professor Sprent returned to Australia in 2006 to establish a research group at the Garvan Institute, where he now leads the Cellular Immunity Laboratory. 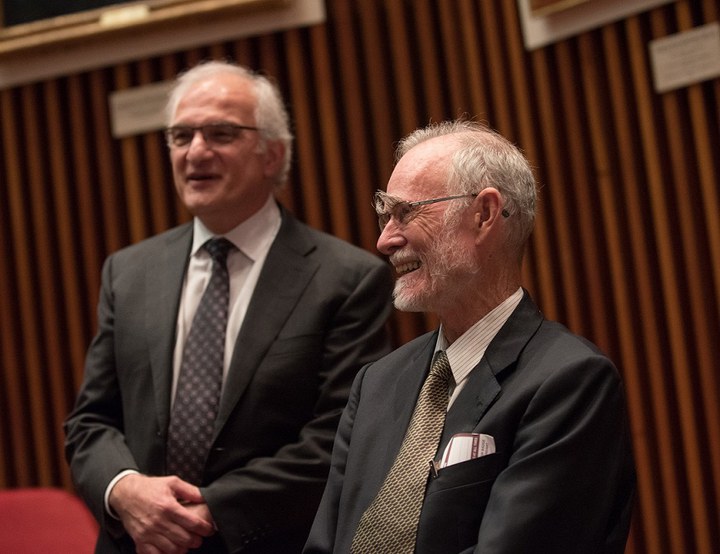 Over the course of his prolific research career, Professor Sprent made significant contributions to the fields of immunological memory and tolerance, transplantation immunity and cancer immunotherapy. He advanced the field’s understanding of the thymus and the T cells it generates, and he demonstrated how T cells are activated and how they remain tolerant to the body’s own cells. He further uncovered the mechanisms by which T and B cell work together to produce antibodies during an immune response and the role that T cells play in graft-versus-host disease.

Over recent years, Professor Sprent has focused his research on immunotherapies, currently at various stages of animal and laboratory testing, with the ultimate goal of making them safe for use in people. These therapies aim to harness the body’s own immune system to target cancer cells.

“It’s hard to imagine the field of immunology without Jon Sprent’s significant discoveries. They laid some of the foundations for what immunologists around the world are working on today,” says Professor Chris Goodnow, immunologist and Executive Director of the Garvan Institute. “His research continues to take leaps forward and to have the opportunity to work with him here at Garvan is a great privilege.”

Setting foundations for the future

Professor Sprent says that the field of immunology has moved on enormously since he started working on the once enigmatic T cells.

“There have been huge advances in immunology. We’ve known for a long time that knowledge of the immune system is crucial for the development of vaccines, but now we know that the immune system can have significant implications for cancer treatments, as immunotherapy – this has really helped put immunology on the map,” says Professor Sprent. “There has been significant progress in these treatments for cancer, but there is a lot of work left to do.”

Of his own discoveries, he modestly says, “like many things in science, it was never so much about what I did myself, but what I contributed.”

Professor Sprent is a past president of the American Association of Immunologists, a Fellow of the Royal Society (UK) and the Australian Academy of Science, and a member of the National Academy of Sciences (USA). He has received the J. Allyn Taylor International Prize in Medicine, two National Institutes of Health Merit Awards, and the National Health Medical Research Council Burnet Award. In 2015, he received the American Association of Immunologists Lifetime Achievement Award.