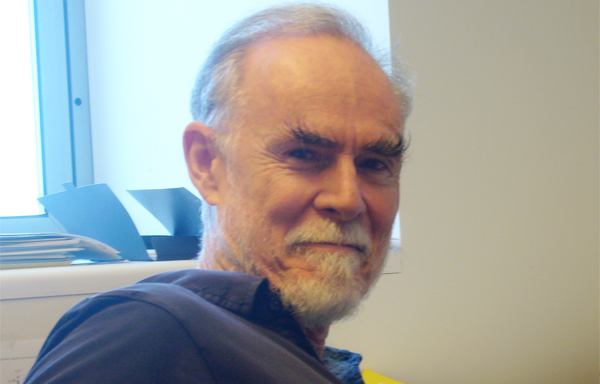 This week the National Health and Medical Research Council (NHMRC) announced its latest round of funding. Congratulations to Professors Chris Goodnow and Jonathan Sprent, recipients of Senior Principal Research Fellowship funding for the next five years.

Both have stellar scientific records and reputations, both are Fellows of the Royal Society and the Australian Academy of Science, and Professor Goodnow is a Member of the National Academy of Science of the United States of America.

Professor Chris Goodnow will be joining Garvan’s Immunology Division in January, setting up a lab in Immunogenomics. He will also be Deputy Director of Garvan. He currently heads the Division of Immunology at the John Curtin School of Medical Research,  Australian National University.

Professor Jonathan Sprent has led the Cellular Immunity lab at Garvan since 2006, where he works on many aspects of T cell biology.

The Sprent lab is working on three promising immunotherapies, which are at various stages of animal and laboratory testing, with the ultimate goal of making them safe for use in people.

The first project involves manipulating the immune system to boost certain populations of immune cells, while subduing others. This is done using a ‘chemical complex’ including the messenger molecule known as IL-2. By combining IL-2 with different antibodies, you can direct it towards either ‘killer cells’ (to ramp up an immune response) or towards ‘regulatory cells’ (to dampen an immune response). Already the latter complex has been shown in mice to suppress the immune system for long enough for a tissue transplant to be effective without the need for toxic immunosuppressive drugs.

Jon Sprent co-founded a biotech company to develop these IL-2 complexes. His colleagues in Switzerland are making ‘humanised’ monoclonal antibodies and are testing them on human T cells in ‘humanised mice’ – that is, mice that have been genetically modified to contain specific human genes.

The second project is attempting to expand a melanoma patient’s own killer T cells (immune cells that kill invading microbes, or ‘antigen’) in the laboratory, and then inject the expanded population of ‘activated’ T cells back into the patient.

In order to do this, you first need to create artificial dendritic cells (‘antigen-presenting’ cells), which activate the T cells by giving them samples of the invading substance. Jon Sprent devised an ingenious method of transforming insect cells into dendritic cells by ‘transfecting’ their genes for the various molecules expressed by a dendritic cell.

The T cells extracted from the patient are expanded in a cocktail of ‘growth factors’ and dendritic cells loaded with melanoma peptides. In this way, the expanding population of T cells ‘learns’ that melanoma is the enemy, and is primed for attack when re-injected to the patient’s body.

This project has had promising results in several clinical trials, and is currently being further developed in Shanghai.

The third project also relates to melanoma, and also involves dendritic cells. In this case, the Sprent lab has been trying to induce a good immune response to melanoma through ‘dendritic cell immunotherapy’, because the body does not naturally do it well.

For around 15 years, people have been taking dendritic cells out of patients’ bodies and pulsing them in tissue culture with melanoma peptides. The dendritic cells are then reinjected, along with the immunogenic antigen, in the hope that the patient will mount a strong immune response.

“In a proportion of patients it actually works quite well,” said Professor Sprent.

“For many, however, the injected dendritic cells are too big and unwieldy to get into the lymph nodes, where they need to be.”

“We believe we may have solved this problem by smashing up the dendritic cells into small vesicles by sonification, and then reinjecting the immunogenic components, loaded up with tumour-specific peptides.”

“We’re interested to see if this has clinical application – right now it works quite well in mice, but that’s just a first step.”

Jon Sprent is careful to underline the fact that great caution has to be exercised in manipulating the immune system. T cells are programmed to respond vigorously to foreign antigens while not attacking ‘self’. However, excessive or prolonged immune responses can sometimes damage self and lead to autoimmune disease. Conversely, if you dampen the body’s immune response too much, it cannot protect itself against cancers and other invaders.

While considering similarly large issues, Chris Goodnow is taking a molecular perspective – zooming into whole human genomes, adjusting his focus at the level of single nucleotide change, and relating change back to disease.

“The unique thing about the genome sequence is that it’s the ultimate set of GPS co-ordinates against which we can map all the symptoms that we see in the clinic or the differences we see among cells in the laboratory,” said Professor Goodnow.

“All of those disease symptoms or cellular differences have a code for them in the co-ordinates of our DNA sequence – so by comparing the whole genome sequences of people who are healthy with those of people who have an autoimmune disease, it’ll be much easier to map specific cells, or disease presentations, to specific GPS co-ordinates.

Whole human genome sequencing on a large scale is only now becoming possible with the introduction of affordable sequencers. The Garvan Institute is one of the first organisations in the world to acquire machines that can sequence a whole human genome at a base cost below $US1,000. Early this year, Garvan purchased the Illumina HiSeq X Ten Sequencing System, capable of sequencing around 350 genomes a week, or 18,000 a year.

“This kind of technology and sequencing power make Garvan the place to be if you want to sequence whole human genomes,” said Goodnow.

“You also have a great network of people working across cancer and immunology within Garvan, as well as access to a terrific network of clinical immunologists, endocrinologists and paediatricians in various hospitals around Sydney. What I’m hoping is that we can complement the abundant clinical expertise with our findings from the genomic and molecular immunology end.”

Chris Goodnow will also be exploring the likely connection between autoimmune disease and cancer of the immune system (lymphoma).

He explained that for many years, he and others have believed that autoimmune disease and cancer of the immune system may share a common set of roots in the DNA sequence. His lab has been investigating through genome sequencing, and has started to see some of those roots come into view.

“We’ve been doing some very deep sequencing of hot spots for lymphoid cancer to find those genetic variants in cells that on the surface appear to be normal,” he said.

“Single DNA mutations commonly found in lymphoid cancers completely change the way in which lymphocytes respond to normal ‘self’ tissues – so that instead of being inhibited in their growth by those self tissues, their growth is actually stimulated by autoreactivity with ‘self’.”