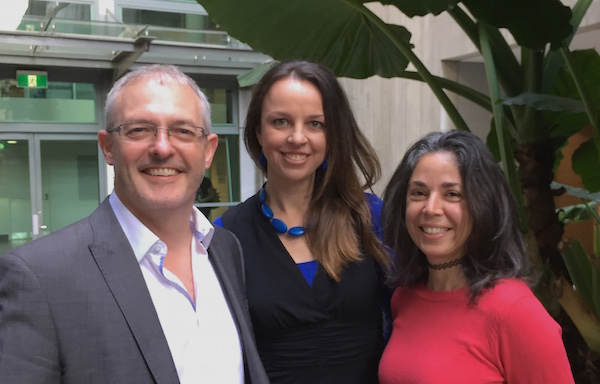 The findings, published today in the Journal of Allergy and Clinical Immunology, pinpoint a key feature of MKD that could be used to fast-track the diagnosis of the disease – a process that is often difficult and protracted.

MKD is one of more than 8000 known rare and genetic conditions – which, although individually uncommon, collectively affect up to 10% of the population. Individuals with MKD experience repeated and very frequent ‘attacks’ of high fever (inflammatory ‘flares’) that last for days and are accompanied by a wide range of other symptoms. These attacks usually begin in infancy and continue throughout an individual’s life, although they occur most frequently in children.

The research team, led by scientists at Sydney’s Garvan Institute of Medical Research, investigated blood cells from people with MKD. They showed that, within the cells, several proteins from the same family (known as Rab proteins) had no isoprenoid ‘tail’ – a molecule that is usually added to these proteins in the final stages of preparing them for their work in the cell.

Much like the string of a balloon, an isoprenoid tail is thought to act as a molecular ‘tether’ for the protein it is attached to. The isoprenoid tails on Rab proteins keep them in a particular area of the cell (close to the cell membrane).

Without their tethers, the Rab proteins, and other related proteins, are ‘on the loose’ in the cells of children with MKD, and are free to move into other parts of the cell. It is thought that this could set off the disease process in MKD, triggering inflammation.

Professor Mike Rogers, who heads the Bone Therapeutics Lab in Garvan’s Bone Biology Division, led the research, which involved the development of a new technique to measure the presence of untethered Rab proteins in blood samples.

Professor Rogers says, “It has been thought for some time that individuals with MKD might have untethered Rab proteins, because we know that a gene called MVK – which is altered in MKD – is important in making the isoprenoid tails that are fitted onto these proteins.

“Until now, though, no one has been able to show that these untethered proteins do in fact build up in the cells of kids with MKD.

“To see these proteins directly, and to show that they are lacking their ‘tails’, is an important advance in our understanding of this devastating disease.”

Importantly, the researchers showed that untethered Rab proteins are found only in people in MKD. They are not present in the cells of people with other rare diseases that have similar clinical symptoms (the periodic fever syndromes) or in the parents of children with MKD.

“We’re still at the proof-of-principle stage, but we’re encouraged that a test for untethered proteins might be used clinically to help distinguish between MKD and other related disorders,” Prof Rogers says.

“This could be very important for patients and their families, because it can take many years to reach a definitive diagnosis for rare and genetic conditions – and this could help shorten that long and difficult ‘diagnostic odyssey’ for families affected by MKD.”

What is mevalonate kinase deficiency?

Mevalonate kinase deficiency (MKD), also known as HIDS (hyper IgD syndrome), is a rare genetic condition that affects approximately 200 individuals worldwide. It is a spectrum of disease, with complications that range from mild to severe. Individuals with MKD experience recurrent and frequent attacks of high fever, which are associated with pain in the joints, muscles and abdomen, along with skin rash. Attacks of fever can last for several days and occur periodically throughout life. In its severest form – also known as mevalonic aciduria – MKD can be life-threatening, and can involve neurological symptoms and impaired growth.

MKD is caused by changes in the MVK gene, which encodes a protein that is important in making cholesterol, steroid hormones and other biomolecules in the cell.

What are auto-inflammatory diseases?

What is a rare, genetic condition?

A rare condition is a specific, clinically serious condition affecting fewer than 1 in 2000 people (less than 0.05 per cent of the population). Some 80 per cent of rare diseases are genetic in origin, with the age of onset of symptoms ranging from early childhood to adulthood. Rare diseases typically exhibit a high level of symptom complexity and as a result they very frequently require special combined treatments.

Worldwide, over 8000 rare diseases have so far been identified, with new conditions diagnosed and described in the medical literature on a weekly basis. It is estimated that approximately 6-8 per cent of Australians are affected by a rare disease.