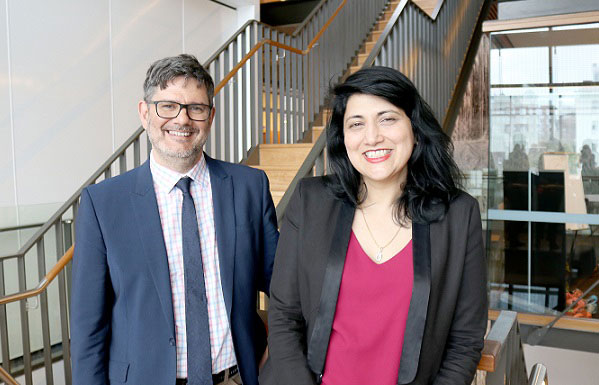 A treatment for psoriasis could be repurposed to treat a rare but aggressive form of youth cancer, new findings from the Garvan Institute of Medical Research suggest.

In an animal model, researchers demonstrated that the immune molecule IL23 is central to the development of osteosarcoma, a cancer of the bone. By targeting IL23, study authors successfully shrank osteosarcoma tumours in mice.

The findings, published this week in Cancer Discovery, uncover an opportunity to repurpose an existing medication and bring new hope to those suffering from osteosarcoma.

“There has been no real advance in treatments for this form of cancer in four decades – we have uncovered a new target that we know can be modulated with existing therapy,” says senior author Professor David Thomas, Garvan Cancer Research Theme Leader and Director of the Kinghorn Cancer Centre. “We hope our findings will lead to clinical trials that will provide better outcomes for patients with this rare form of cancer.”

Osteosarcoma is a rare cancer, but among the ten most common cancers affecting males between ages 15 to 29, in Australia. Arising in bone, osteosarcoma is often dismissed as growing pain or injury, and in many cases only detected after it has spread to other parts of the body.

The five-year survival rate of osteosarcoma remains as low as 65%.

“Our search for new potential treatments for osteosarcoma began in 2013 when we investigated genetic risk factors for this form of cancer,” says first author Dr Maya Kansara, who leads the Immunobiology of Cancer Group at Garvan.

“From genome-wide association studies conducted with the U.S. National Institutes of Health we saw that variants in a gene that encodes the protein GRM4 were frequently associated with osteosarcoma.”

The immune system’s link to osteosarcoma

“In a mouse model of osteosarcoma, we investigated the role of GRM4, as well as a number of immune molecules, the production of which is regulated by GRM4,” says Dr Kansara. “In our model, we discovered that the inflammatory molecule IL23 was critical to osteosarcoma formation and progression.”

The team analysed human osteosarcoma biopsies and found that more than 70% of samples had significantly higher levels of IL23 than non-tumour tissue. As the expression of IL23 is higher in multiple cancer types, the researchers say these findings may have broader implications for cancer outcomes.

Therapies targeting IL23 have been investigated extensively for a number of autoimmune diseases, including arthritis, intestinal inflammation and the skin condition psoriasis.

“Drugs that block IL23 are approved and well tolerated, and on the market now for the treatment of psoriasis,” says Professor Thomas. “We are now designing clinical trials to see whether they can provide much-needed improved health outcomes for osteosarcoma patients.”

Interestingly, data from a Danish cohort study published in 2017 suggested that patients with psoriasis were almost five times more likely to develop sarcomas than individuals without the skin condition. “This data reaffirms the central role IL23 plays in osteosarcoma, and that we’re on the right track,” says Dr Kansara.