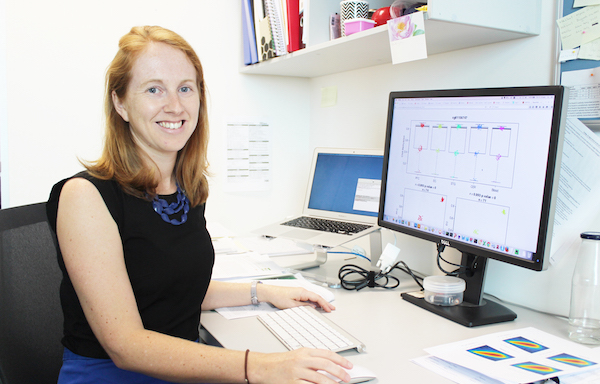 An international team of researchers, including Dr Ruth Pidsley of the Garvan Institute of Medical Research, has shed new light on how DNA sequence variation can influence the developing brain. The team, which was led by researchers at the University of Exeter Medical School, King's College London and Cardiff University, showed for the first time that genetic differences between people can affect DNA methylation in the brain as it develops.

DNA methylation is an epigenetic modification – a chemical addition to DNA that can control how genes are switched on and off. The researchers’ findings, which were published last week in Nature Neuroscience, suggest that DNA methylation is the mechanism by which variations in genetic sequence can influence whether the brain develops abnormally. In particular, the researchers found that many of the genetic signals associated with DNA methylation in the developing brain are from genes that leave people at higher risk of schizophrenia.

The study includes data generated by Dr Pidsley during her PhD at King’s College London, in which she measured DNA methylation in post-mortem brain samples from individuals with and without schizophrenia. It also uses a freely available software package that Dr Pidsley developed whilst at King’s to process the highly complex methylation data.

In addition, the study’s conclusions support earlier work by Dr Pidsley and others, published last year in Genome Biology, which showed that schizophrenia is a neurodevelopmental disease that may be underpinned by changes in DNA methylation.

The data from the study have been made publicly available and can be used by researchers to help interpret genetic information relating to other neurodevelopmental disorders.