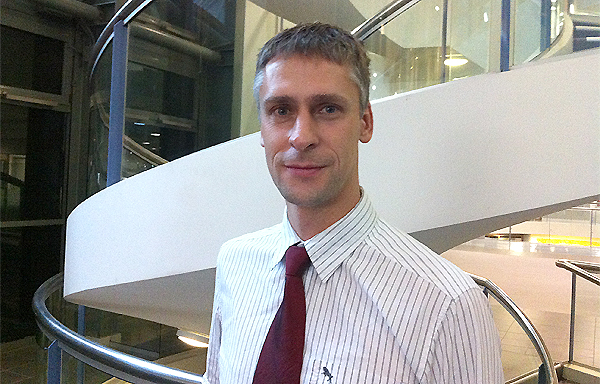 A food-additive designed to make people feel fuller has been tested by UK and Australian clinicians in London, and shown to be effective at preventing weight gain in overweight volunteers.

Developed at the University of Glasgow, the additive is known as ‘inulin-propionate ester’ (IPE). It combines ‘inulin’, a naturally occurring fibre, with propionate, a normal by-product of fibre fermentation by intestinal bacteria, and delivers much larger quantities of propionate than people can acquire with a normal diet. This is desirable because propionate stimulates the gut to release hormones that act on the brain to reduce hunger.

First, 20 volunteers were given either IPE or inulin and were allowed to eat as much as they liked from a buffet. Those given IPE ate 14 per cent less on average, and had higher concentrations of appetite-reducing hormones in their blood.

Next, 60 overweight volunteers took part in a 24-week study in which half were given IPE as a powder to add to their food and half given inulin. Fewer of those given IPE gained a significant amount of weight.

After 24 weeks, the IPE group also had less fat in their abdomens and livers compared with the inulin group. The findings are published today in the eminent journal Gut.

Professor Gary Frost, who led the study at Imperial College, said: “We know that adults gain between 0.3 and 0.8 kilos a year on average, and there’s a real need for new strategies that can prevent this.

“Molecules like propionate stimulate the release of gut hormones that control appetite, but you need to eat huge amounts of fibre to achieve a strong effect. We wanted to find a more efficient way to deliver propionate to the gut.

“This small, proof-of-principle study shows encouraging signs that supplementing one’s diet with the ingredient we’ve developed prevents weight gain in overweight people. You need to eat it regularly to have an effect. We’re exploring what kinds of foods it could be added to, but something like bread or fruit smoothies might work well.”

Dr Douglas Morrison, from the Scottish Universities Environmental Research Centre at the University of Glasgow, said: “There is significant interest in how food components like dietary fibre interact with gut microbes to influence health, but much of the evidence we rely upon comes from laboratory and animal studies. It is often difficult to translate these findings directly into successful human interventions.

“Packaging propionate up to more efficiently deliver it to the large intestine has allowed us to make direct observations in humans that propionate may play an important role in weight management. These exciting findings could at last open up new ways to manipulate gut microbes to improve health and prevent disease.”

Dr Viardot is optimistic about the engineered supplements, such as IPE. “We all know about healthy diets, but that does not always translate into compliance,” he said.

“This study has proved that short chain fatty acids like propionate are the biologically active ingredients in the gut, and we now have the means to deliver them directly.”

“People are often better at taking supplements that at eating healthy foods. For these people, the molecule developed by Dr Morrison has the potential to bring about many health benefits, including weight loss and stabilisation of blood glucose levels.”

Notes to Editors
Imperial Innovations, a technology commercialisation company focused on developing the most promising UK academic research, is working with Professor Frost and Dr Morrison on taking IPE to market. The team is exploring how to deploy the ingredient so it makes the biggest impact and has early commercial engagement with a number of food and ingredient manufacturers, and would welcome discussions with further interested companies.

The study was funded by the Biotechnology and Biological Sciences Research Council’s (BBSRC) Diet and Health Research Industry Club (DRINC), which aims to help the food industry develop products that deliver enhanced health benefits for consumers. The club operates by establishing partnership between research funders and a consortium of food companies to support academic research.