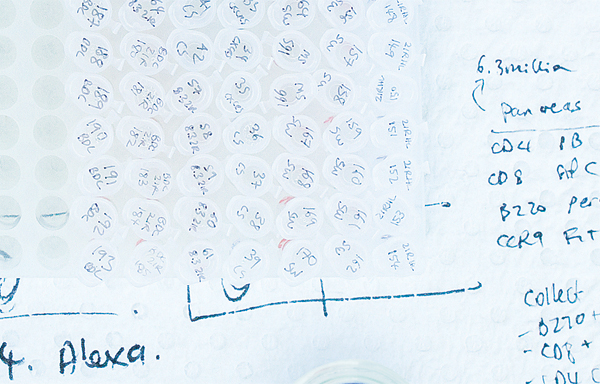 Many people suffer from chronic inflammation because their immune systems overreact to ‘self’ tissue. Sydney scientists believe that a small molecule known as Interleukin 21 is a promising therapeutic target in such cases.

Interleukin 21 (IL-21) is one of a group of chemical messengers known as ‘cytokines’, which affect the behaviour of immune cells. IL-21 is already well known to play an important role in autoimmune diseases such as Sjögren's syndrome and type 1 diabetes.

The current study shows how much IL-21 contributes to inflammation. It also shows how important it is to remove IL-21 to reduce inflammation, even where there are other severe immune defects present.

Undertaken at Sydney’s Garvan Institute of Medical Research, researchers used mice genetically deficient in another cytokine (IL-2), a well-established mouse model of autoimmunity. In some mice, the IL-21 cell surface receptor was also genetically removed. In these mice, inflammatory disease was much less severe, demonstrating that IL-21 contributes to fatal inflammatory disease.

Immunologists Associate Professor Cecile King and Dr Alexis Vogelzang, in collaboration with bioinformatics experts Drs Marcel Dinger and Brian Gloss, combined cellular analysis and RNA sequencing to compare genes expressed in the disease model with those expressed in healthy immune cells. The study confirmed that IL-21 is one of the most highly expressed genes in autoimmune disease.

The findings are published in the Journal of Immunology, now online.

“RNA sequencing is an unbiased way of determining differential expression of genes, and this data revealed the proinflammatory gene signature of autoimmune disease and confirmed the extent to which IL-21 is elevated in the absence of IL-2,” said Associate Professor King.

“Under these conditions, IL-21 kicks in and make things much worse.”

“When IL-21 is blocked, the huge inflammatory response is greatly subdued, although not entirely eliminated.”

“There are many people with chronic inflammation caused by defective T cell regulation, and this research suggests that blocking IL-21 with drugs might help them.”