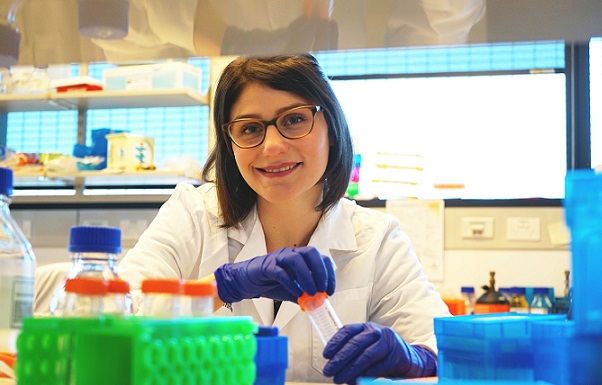 Just as the map of a city is more than a list of houses and streets, the human genome is more than just a string of letters.

A team led by Professor Susan Clark at the Garvan Institute of Medical Research has uncovered a fundamental process of how DNA’s arrangement in the cell affects gene activation, to drive cell function. Using cutting-edge technology, the researchers reveal that the protein CTCF binds to critical sections of DNA, creating loops that control how DNA interacts with itself in three dimensions.

Published this week in Nature Communications, the team’s findings demonstrate how DNA’s shape can vastly change which genes are active.

“Geneticists are starting to think not only about the individual changes that happen along a string of DNA letters inside cells – they are looking at how our DNA interacts in three dimensions,” says Professor Clark, who is Garvan’s Genomics and Epigenetics Research Theme Leader.

“We’ve uncovered a fundamental process that may help to organise the genome in 3D, which has given us a new way to study the differences between healthy and diseased cells.”

While every cell in our body has the same DNA, every cell type has a different profile of genes that are active. This profile depends in part on how DNA is packaged in the cells, says Dr Amanda Khoury, first author of the current study.

In their study, the researchers aimed to manipulate factors that might control DNA’s 3D arrangement. They suspected that the protein CTCF might be involved, which binds to DNA throughout the genome, often where the DNA folds.

New insights into the 3D structure of the human genome

Using a technique called chromosome conformation capture, which provides a picture of which sections of DNA are interacting with each other in three-dimensional space, the team studied what would happen if CTCF was removed from prostate cancer cells. 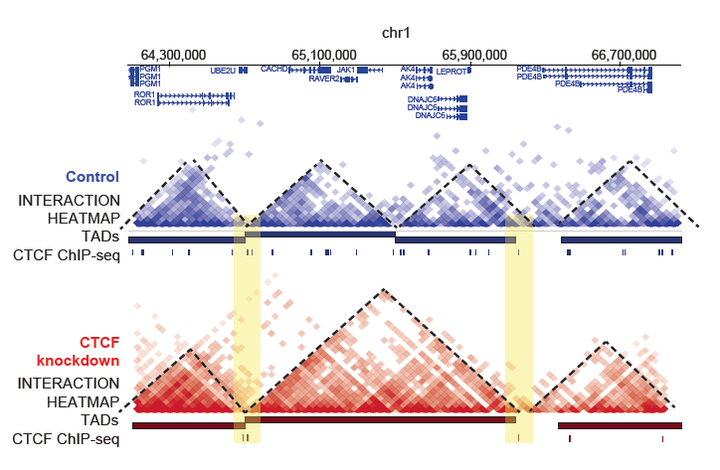 When the researchers reduced the total amount of CTCF present in cells they were surprised to find large regions of the genome had either merged or segregated, creating new 3D interactions and new gene expression profiles in the cells. However, they found that CTCF continued to bind at some specific sites.

“When we genetically removed some of these ‘persistent’ binding sites for CTCF on DNA, we found that gene expression patterns completely switched across large domains – genes that were previously turned off were now turned on,” says Professor Clark.

Interestingly, the team found the persistent CTCF sites at the same locations in multiple different cell types. “Our analysis showed us that CTCF is binding DNA at a fundamental level to create the primary 3D genome shape – we think it’s integral to the very first few ‘folds’ in the origami analogy, to create the gene expression profile in each different cell type,” says Dr Khoury.

“This was a remarkable discovery, as it reveals how central CTCF is to the normal DNA 3D architecture in healthy cells,” says Professor Clark. The next steps will be to determine the precise role that each persistent CTCF site has in shaping chromosomes, the researchers say.

“To understand what happens in disease, we have to be able to answer questions about what happens in normal cells, so we can tell the difference when things go wrong,” Dr Khoury adds. “I think working on these basic mechanisms is incredibly exciting – we’re unlocking areas of science that people have never seen before.”